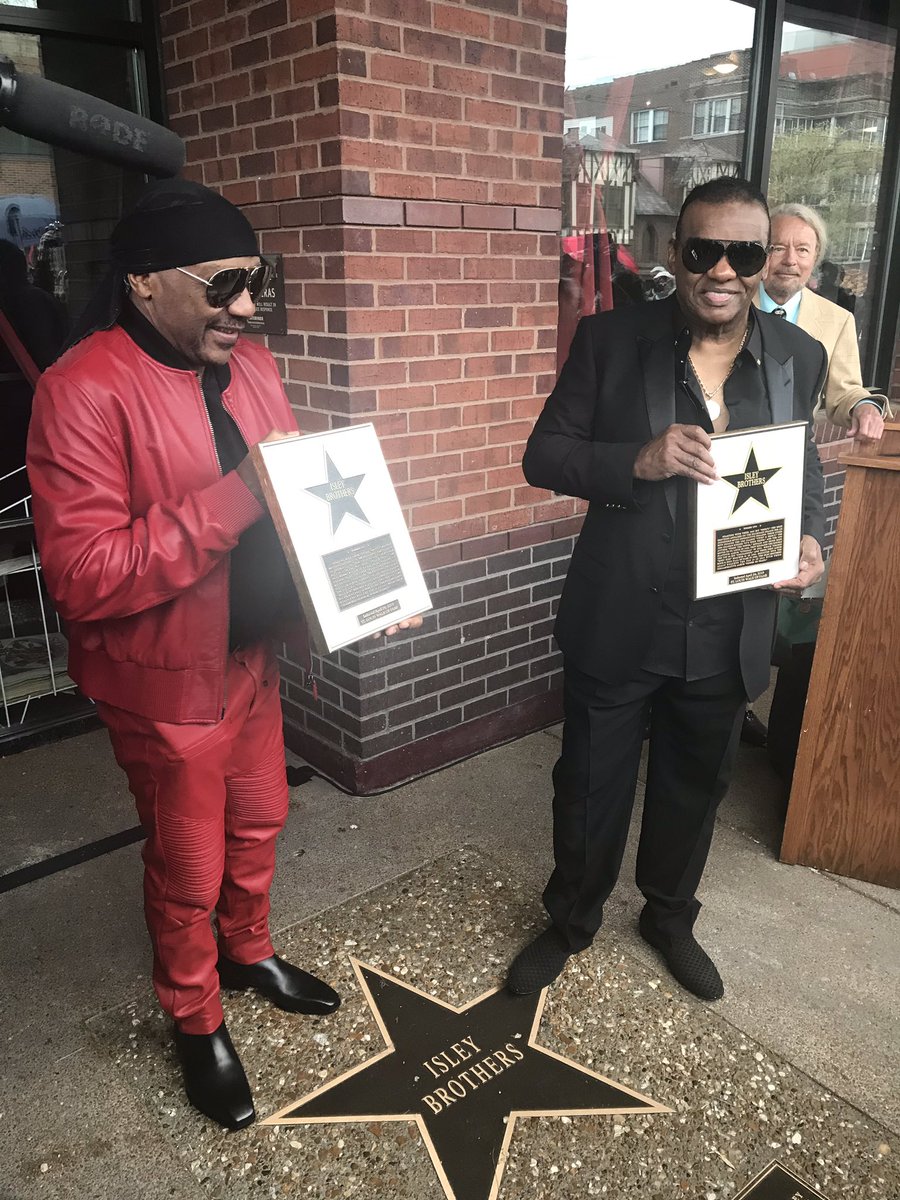 Wednesday morning’s icky weather couldn’t keep a sizable crowd from coming out to show love to music legends the Isley Brothers as the latest inductees of the St. Louis Walk of Fame.

People spilled off the sidewalk as Joe Edwards prepared to honor Ernie and Ronald Isley with their very own star positioned right in front of The Pageant.

“We so are glad to see all of you here,” said Ronald Isley. “I remember being here (at the Pageant) with Chuck Berry some years ago, and I thought it was wonderful.” 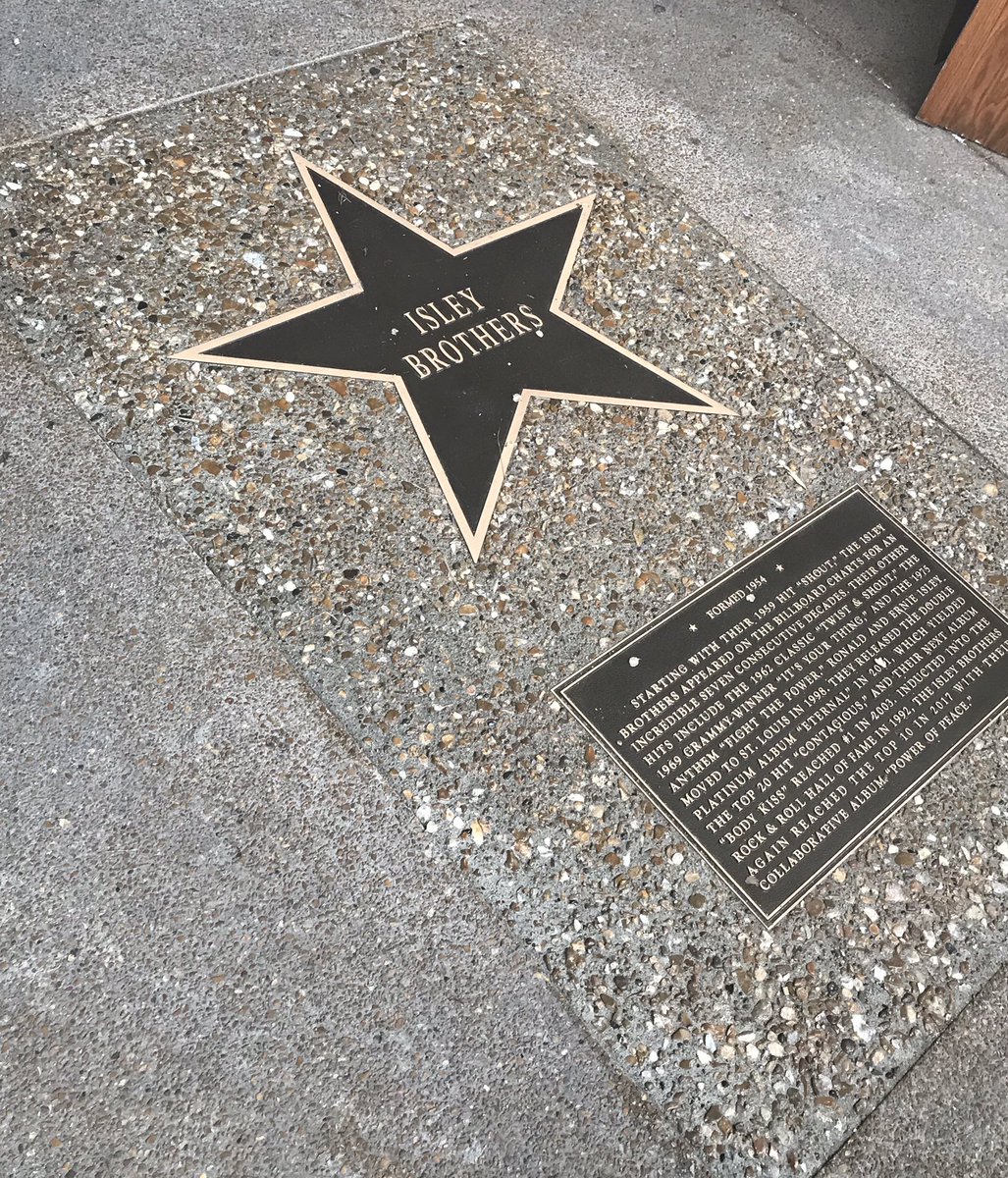 Ronald Isley most likely gained an intimate knowledge of the city through his former wife Angela Winbush – a St. Louis native and music legend in her own right. Those nuptials ended, but his connection to St. Louis remained.

The roots of the legendary band of musical brothers are in Cincinnati, but in St. Louis they have found a home.

“I’ve been living here for 21 years,” Ronald Isley said. “That lets you know I like it. I love it.” His wife Kandy Isley, who moved to St. Louis to be with Ronald more than a decade ago, was close by with a smile that grew wider as she gazed the parameter of people who came out.

“We love you too,” a man shouted from the back of the crowd of onlookers.

Their musical catalog stretches 60 years and the accolades began pouring in from the very beginning. Ronald Isley was still in high school when his brothers formed the band responsible for one of the most diverse and highly regarded catalogs in popular music.

Every award there is to get sits on the Isleys’ proverbial shelf – several Grammy awards, a Grammy Lifetime Achievement award, a Rock & Roll Hall of Fame induction – and the list could go on, and on.

They have provided a soundtrack of America – black America in particular – with their music that stretches from the cusp of the Civil Rights Movement to well beyond the new millennium.

“The only way you get an award like this is through divine grace and the support of music lovers,” Ernie Isley said after naming off all of the Isley Brothers – O’Kelly Isley, Rudy Isley and fellow bandmate Chris Jasper (an Isley in-law) – as shared recipients of the star.

Joe Edwards, developer and founder of the St. Louis Walk of Fame beamed.

“Thanks to everyone who came out today to celebrate the induction of the unbelievably cool and talented Isley Brothers,” said Edwards. He seemed to express the significance of the honor by trading his usual uniform of Bermuda shirt and shorts for a khaki blazer and matching pants.

Joining the Isley Brothers on the St. Louis Walk of Fame for 2019 are late filmmaker Henry Hampton – most famously known for his “Eyes On The Prize” documentary series, and Elizabeth Keckley, an 18thcentury civil rights activist and longtime friend and confidante of Mary Todd Lincoln. The 2019 induction marks the first year that all of the St. Louis Walk of Fame inductees are African American.

But Wednesday was all about the Isleys – who in turn made their recognition all about St. Louis.