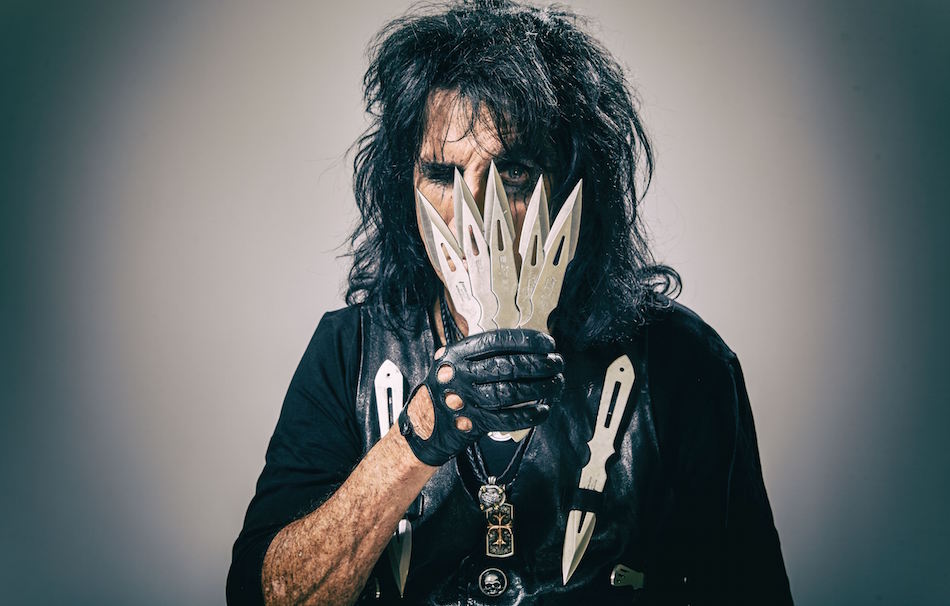 Few artists understand the good sense in bad taste like Alice Cooper. The son of a preacher who started out playing Beatles parodies at his high school talent show, Cooper (born Vincent Furnier, in Detroit in 1948) went on to form the band Alice Cooper before assuming the moniker as his own gender-bending alter ego, bridging snotty, hook-heavy anthems with a blood-spattered stage show that ended in his beheading by guillotine. That Grand Guignol-style act made him one of the most inventive performers of the ’70s and earned him the title The Godfather of Shock Rock. And while Cooper’s theatrics were the linchpin of his legacy, connecting rock’s innate sense of rebellion with the cheap thrills of Z-grade horror, the music was pretty inventive too. It balanced early punk and metal (“I’m Eighteen,” “School’s Out”) with surprisingly tender ballads (“I Never Cry,” “You and Me”), laying the foundation for the New York Dolls, The Misfits, Poison, and Marilyn Manson. Despite the decades they spent together, Furnier rarely took Alice Cooper home. A born-again Christian who once credited his sobriety to golf, he remains a classic example of the distance between performer and persona, of the act that stays onstage. Reflecting on the rumor that he once ripped the head off a chicken and drank its blood mid-set, he said he knew better than to refuse the publicity, instead going with the advice of early supporter Frank Zappa: “Whatever you do, don’t deny it.”