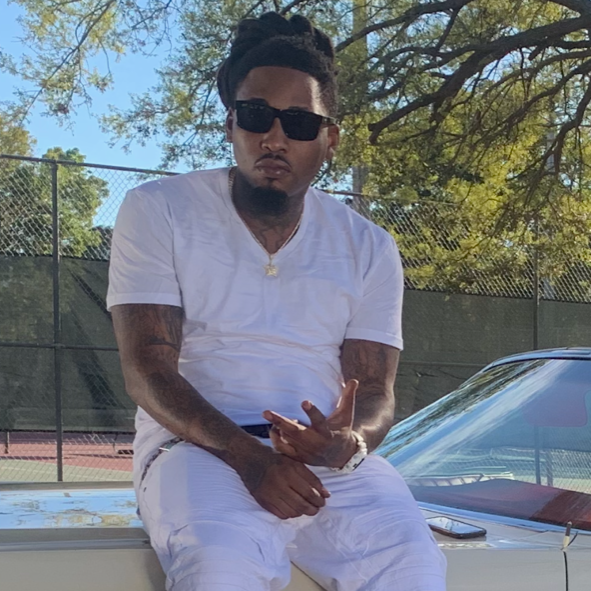 Ball Greezy is a rapper and singer from Miami, FL known for creating sexy, soulful, and party-friendly music alongside fellow Miami area rappers/collaborators Rick Ross, DJ Khaled and Flo Rida. Ball Greezy grew up in a musical family and was drawn to rhythm from a young age. He took up the drums, which he often played alongside his guitarist father to earn money in his youth. By his teens, Greezy (along with his older brother) began writing and recording raps in a local studio, and when a friend leaked some of the tapes and fans began approaching him, it motivated him to keep creating. His first performance was as an auditioning act for Texas-based record label 50/50 Entertainment, and Ball Greezy was immediately selected to open for G Unit. Despite being shocked as a teenager performing at his very first show that he won such an opportunity, he stepped up to the plate and learned how to be a great performer, receiving guidance from comedian/musician Larry Dogg (a veteran of Miami’s entertainment scene). Soon Ball was traveling with Flo Rida and even doing shows overseas in places like Dubai, being groomed for the life of a star even as a beginning artist.

Greezy has always been drawn to soul music, and this influence is reflected in his raps. Growing up he often listened to singers like Teddy Pendergrass and Bobby Womack, and Ball’s interest in ALL genres of music has made his style unique. In the rap world, his sound has been influenced by southern artists like the iconic 8Ball & MJG and Scarface. Ball Greezy has recorded collection upon collection of popular music during his tenure as an artist. In 2008, two of his singles, “I’m the Shit” and “Shone” simultaneously charted on Billboard’s Hot 100 R&B/Hip-Hop Songs, and shortly after Rick Ross and Flo Rida joined him on All or Nothing, a remix project featuring these hits. Ball Greezy has released four other full-length albums (Feel My Pain 1 and 2, Bae Day and Bae Day 2 featuring Snoop Dogg and Trina) to much critical acclaim, and recently completed filming on a new video for upcoming single “Dats My Bae”.