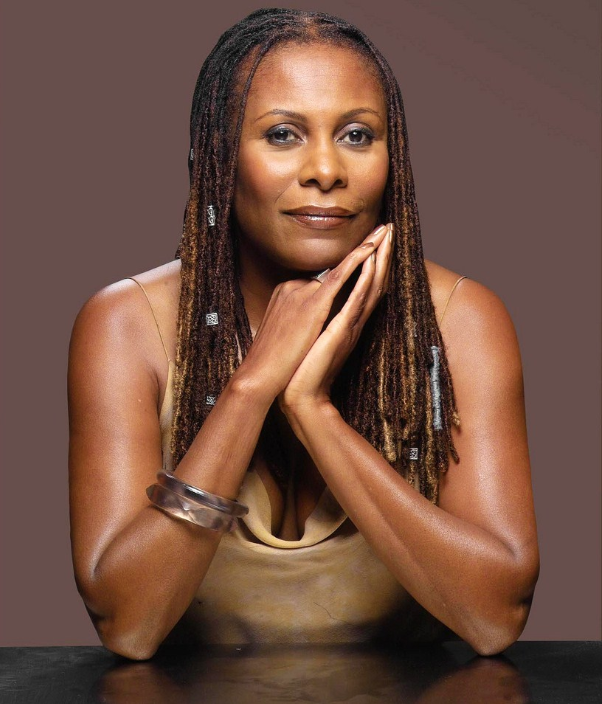 With a unique musical perspective, intimate voice and prolific treasure-trove of lyrics, singer-songwriter Brenda Russell proves that a truly glowing talent only deepens with time. Composer of the classics “Get Here,” “If Only For One Night,” and the Grammy-nominated “Piano In The Dark,” Brenda’s songwriting prowess and chameleon-like ability to shift between musical genres and combine styles trumpeted ovations in 2005 with the opening of the Tony Award-winning hit Broadway musical The Color Purple–a show for which she, Allee Willis and Stephen Bray co-wrote the music and lyrics. Brenda and her co-authors were also nominated for a 2007 Grammy in the Best Musical Show Album category for the original cast album.

From its opening night in December 2005, The Color Purple became a seminal presence on The Great White Way as one of the 2006’s top grossing shows. In 2007 the musical built on its big first year by adding American Idol winner Fantasia to take over the lead role of Celie from Tony Winner LaChanze and by opening its much-anticipated touring company in Chicago in April of 2007 with Michelle Williams of Destiny’s Child in the role of Shug. While Fantasia earned rave reviews from New York critics for her performance, the equity touring company spread the Purple gospel in cities nationwide through February 2010 ending its run at the Pantages Theater in Los Angeles with Fantasia reprising her critically acclaimed role. Now, the non-equity company is carrying the torch in the US while shows are being developed in other territories. Based on the Pulitzer Prize-winning novel by Alice Walker and presented by Oprah Winfrey, The Color Purple’s story spans a 30-year period in the life of its female African American protagonist Celie through music that blends jazz, blues and gospel of the early and mid 1900s with the writers’ pop sensibilities creating a show and soundtrack brimming with emotion, authenticity and memorable songs. Most recently, The Color Purple had its second run on Broadway in 2015 as a revival. In 2017, the show received two Tony awards: “Best Revival of a Musical” and “Best Actress” for Cynthia Erivo’s role as Celie Harris.

While composing The Color Purple, Brenda also wrote, recorded and co-produced a solo album, Between the Sun and the Moon–released in 2004 on Dome Records, an R&B- focused label based in the UK. Narada Jazz licensed the CD for release in the U.S. The album aptly displays her song craft and nuanced vocals mixing up-tempo grooves with her classic balladry in a work that satisfied longtime fans while enticing new listeners. Recorded in both the UK and the U.S., the album includes production and writing collaborations with such notables as Bluey from Incognito, Lee Ritenour and Patty Austin. Her first album since 2000’s Paris Rain (Hidden Beach Recordings), Brenda promoted Between the Sun and the Moon with live performance dates in the U.S. and Japan, including a 2005 U.S. tour with Norman Brown, Peabo Bryson and Everette Harp. The first UK single from the set, “Make You Smile,” became a top-five Smooth Jazz hit in that country.Brenda’s signature style has helped propel a variety of projects. She co-wrote the song “Justice of the Heart” with Stevie Wonder for the Denzel Washington movie John Q—a song that Wonder performed. And her co-composition with Brazilian artist Ivan Lins titled “She Walks This Earth” was recorded by Sting for the all-star tribute album called Love Affair: The Music Of Ivan Lins. Sting’s inspired performance earned him a Grammy Award in 2001 for Best Pop Male Vocal Performance. The stream of artists who call upon Brenda’s talent is formidable. In 2002, Singer Will Downing had a Top 20 Urban radio hit with one of her co-compositions, “Don’t You Talk To Me Like That.” That same year, Solomon Burke’s critically acclaimed and Grammy-winning comeback album Don’t Give Up On Me (Fat Possum) featured “None of Us Are Free,” co-written by Brenda, Barry Mann and Cynthia Weil. The three were among an all-star lineup of songwriters on Burke’s recording including Bob Dylan, Elvis Costello, Van Morrison, Tom Waits and Brian Wilson. The song was also recorded as a duet by soul legend Sam Moore and Sting for Moore’s highly praised 2006 album Overnight Sensational. Other superstar artists who have either collaborated with Brenda or recorded her songs include Babyface, Mary J. Blige, Michael McDonald, Bow Wow, Janet Jackson, Donna Summer, Earth, Wind & Fire, Ray Charles, Luther Vandross, Joe Cocker, Roberta Flack, Al Jarreau and Johnny Mathis.

Born to musical parents in Brooklyn, New York, Brenda grew up there and in the Canadian town of Hamilton, Ontario. She encountered her first piano while singing as a teenager in the Canadian company of the rock musical Hair in Toronto. Without formal musical education, Brenda says she worried that she would never be able to write another song after her first composition. “Then I had a revelation: ‘You’re not doing this alone. You are just a channel for this,’ Brenda recalls. “Once I realized that, I was sort of fearless about songwriting. I thought: ‘If that’s the way it is, I can write anything.’ And that’s the premise I’ve based my whole writing career on.”

In the late 1970s, now living in Los Angeles, Brenda and her manager began circulating a demo of her songs. She was signed to Tommy LiPuma’s Horizon Records, and her first single, “So Good, So Right” was released in 1979. Brenda transferred to A&M Records, where she formed a bond with label founder Herb Alpert and released Brenda Russell and Love Life. Her contract was picked up by Warner Bros. for the 1983 album Two Eyes before moving to Sweden, where she wrote tunes for her A&M return, Get Here. That 1988 album contained the Grammy-nominated “Piano In The Dark,” the gorgeous “Le Restaurant,” and the title cut, which later became an international hit for Oleta Adams and has been covered many times with the latest rendition being Paul Anka’s on his 2007 album Classic Songs My Way. After a 1992 Greatest Hits package and her 1993 set Soul Talkin’ (EMI Records), Brenda took time off to regroup and travel. Continuing to write, produce and collaborate with other artists, Brenda honed her craft and contributed tunes to other projects, including albums by Diana Ross, Tina Turner, Patti LaBelle and the score to How Stella Got Her Groove Back—a collaboration with the late composer Michel Colombier. She also wrote and performed two songs in director Barry Levinson’s film Liberty Heights.

As one of the recording industry’s rara avis who found success scaling the musical divides of rock, pop, R&B, jazz, classical and Latin, and forging them into a distinct style, Brenda Russell’s music is bound by neither time nor trend as she continues to attract fans around the world. As evidence, her self-titled debut was re-released on CD by Universal Records in 2000, and the label, which now owns her A&M catalog, released Brenda Russell: Ultimate Collection in 2001. In 2002, music writer David Nathan’s Ambassador Soul Classics label reissued Two Eyes. And in August 2006, while performing in South Africa for the first time, Brenda was overwhelmed when greeted by several thousand racially diverse, adoring fans who cheered and sang along with her, marking the occasion in a way that she will not soon forget. “I am a citizen of the world and believe in peace and love to all people. That is what I write about and what I sing about. It’s the motivating force behind everything I do and the way I live. I want my music to bring people together.”

ARTISTS WHO HAVE RECORDED BRENDA’S SONGS

ARTISTS THAT HAVE SAMPLED BRENDA’S SONGS