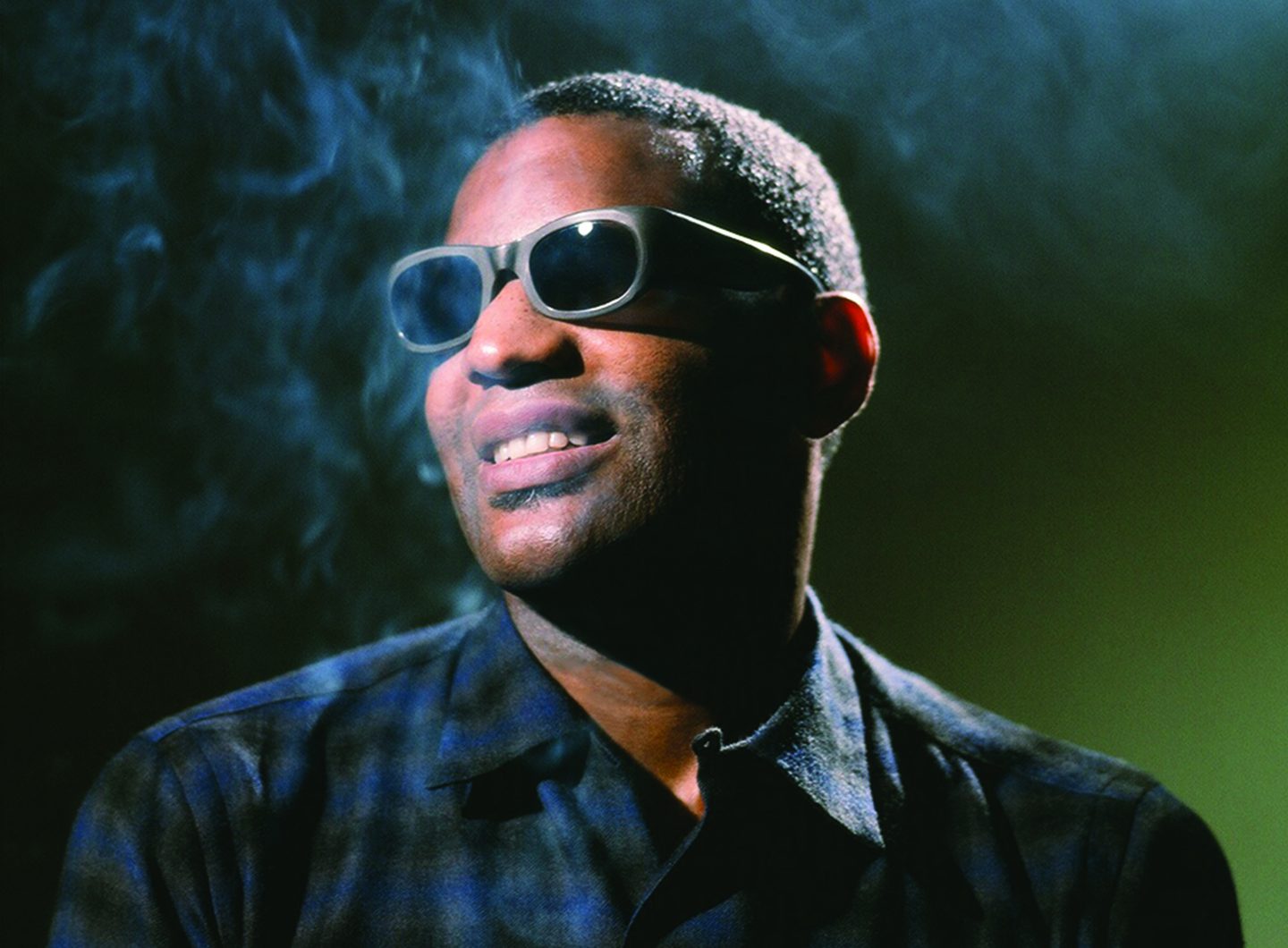 Ray Charles changed popular music in the U.S., drafting the blueprint for soul music in the 1950s and exerting a massive influence on the R&B and rock that came in its wake. Born in Albany, GA, in 1930, he spent most of his childhood in Greenville, FL, where he began losing his sight at age five, going fully blind by age seven. But by then he was already a talented pianist, playing boogie-woogie and absorbing the gospel and rural blues that surrounded him. When he set out on his own in the late ’40s, his music was clearly modeled after the sleek R&B of early Nat “King” Cole and Charles Brown. In 1952 he signed with Atlantic Records, where he infused his sound with churchy fervor, a heavier blues feel, and more passionate singing. He masterfully exploited his rich baritone to fleck his inventive phrasing with cracks and sighs, overshadowing the jazz-informed brilliance of his piano playing. His music was marked by exquisite tension, the profane battling the holy, but his lyrics addressed more earthly concerns, as on his 1959 hit “What’d I Say,” where his moans and grunts were brazenly sexual. Charles moved to ABC-Paramount later that year and explored his broad interests more freely, making jazz records with singer Betty Carter, cutting the string-drenched standard “Georgia on My Mind,” and diving headfirst into country music. He spent the ensuing decades tackling pop standards, show tunes, and country, returning to the country charts in the early 1980s. His cameo in the 1980 film The Blues Brothers and his role as a Diet Pepsi pitchman cemented his iconic status. Charles toured until his death in 2004; soon after, the acclaimed biopic Ray, with Jamie Foxx, introduced his legend to a new generation.