ROBBY KRIEGER AND ﻿RAY MANZAREK OF THE DOORS 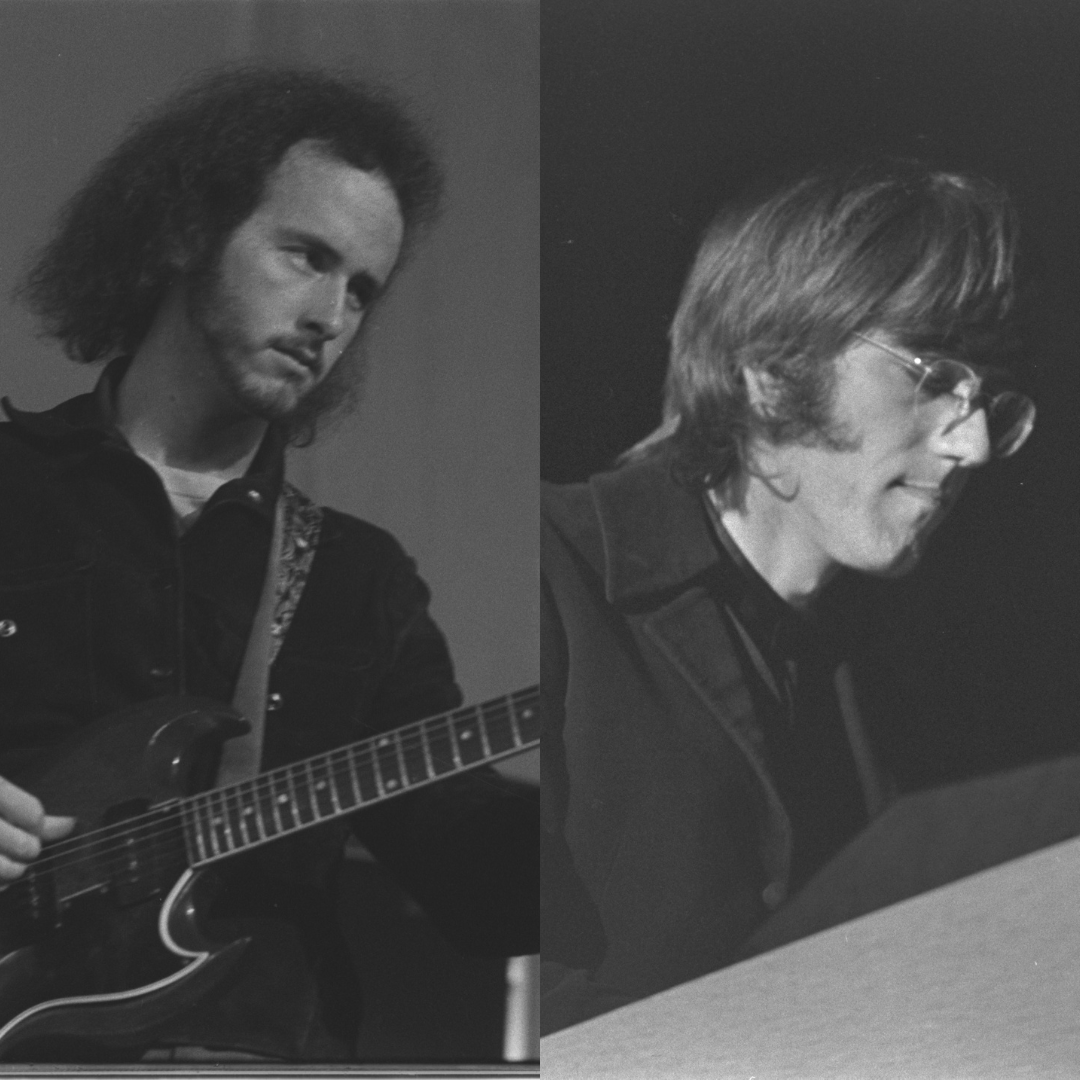 Formed in Los Angeles in 1965, The Doors were the first American band to have eight consecutive gold albums. The groundbreaking group would go on to sell over 35 million albums in the U.S. alone and over 100 million worldwide. With 10 Gold, 14 Platinum, 4 Multi-Platinum, and 1 Diamond award in the States, they are considered one of the best-selling bands of all time. They have been ranked by several outlets including VH1 and Rolling Stone who included them on their “100 Greatest Artists of All Time” lists. In 1993 the band was inducted into the Rock and Roll Hall of Fame and several years later both “Light My Fire” and “Riders on the Storm” along with their debut album were inducted into the Grammy® Hall of Fame. The Library of Congress has even recognized the brilliant work of this iconic rock band, selecting their self-titled album The Doors for inclusion in the National Recording Registry in 2014. The band also received a Grammy® Lifetime Achievement Award and a star on the Hollywood Walk of Fame in 2007.

With a flair for wicked bottleneck slide, exploratory solos and gutbucket grooves, guitarist Robby Krieger brought a stinging, sinuous intensity to the sound of The Doors. But he was also a key songwriter in the band and penned some of their biggest hits, including “Love Me Two Times”, “Touch Me”, “Love Her Madly” and their #1 hit, “Light My Fire.” Before picking up the guitar at age 17, the L.A. native studied trumpet and piano. The inspiration for switching to guitar came not from rock ‘n’ roll, but Spanish flamenco music. His first guitar hero, however, was jazz legend Wes Montgomery. After Morrison’s death in 1971, Krieger, Manzarek and Densmore carried on as a trio. They released two more albums as the Doors before calling it quits in 1973, though they did reconvene a few years later to create music for poetry Morrison had recorded shortly before his death, released as the 1978 album An American Prayer.  Krieger went on to enjoy success as a jazz guitarist, recording a handful of records with the Robby Krieger Band in the 1970s and ’80s. Versions (1983) and No Habla (1986) amply demonstrate his versatility. “I think playing guitar is probably the one thing that gets better with age,” he says. He is a Grammy®-nominated solo artist and was listed among the “100 Greatest Guitarists” of all time by Rolling Stone. He is also an accomplished painter and the co-founder of the annual Medlock-Krieger Rock & Roll Golf Classic & All-Star Concert.

Ray Manzarek was the architect of The Doors’ intoxicating keyboard sound.  Manzarek’s evocative playing fused rock, jazz, blues, bossa nova and an array of other styles into something utterly, dazzlingly new. The group was born in 1965, when Jim Morrison and Chicago native Manzarek — both UCLA film students — met on Venice Beach.  The singer’s poetry was a perfect fit for the classically trained keyboardist’s musical ideas, and eventually they decided to form a band.  Though several bassists auditioned for the group, none could match the bass lines provided by Manzarek’s left hand.  Signed to Elektra Records, The Doors released six studio albums, a live album, and a compilation before Morrison’s untimely demise in 1971. Manzarek, Krieger and Densmore released two albums as a trio under the Doors moniker, with Manzarek and Krieger handling vocals.  Manzarek next formed the group Nite City, which invited comparisons to Mott the Hoople and Aerosmith; the quintet released its one album in 1977. The surviving Doors reunited to create a musical backdrop for Morrison’s recorded poetry on the 1978 release An American Prayer.  Manzarek produced and performed on five of the L.A. band X’s albums, including Los Angeles, which remains one of the high-water marks of the punk movement. The keyboardist authored several books and recorded numerous solo albums.  Ray lived with his wife of 45 years, Dorothy, in Napa, CA until his passing in May of 2013 following his ultimately fatal bout with bile duct cancer.