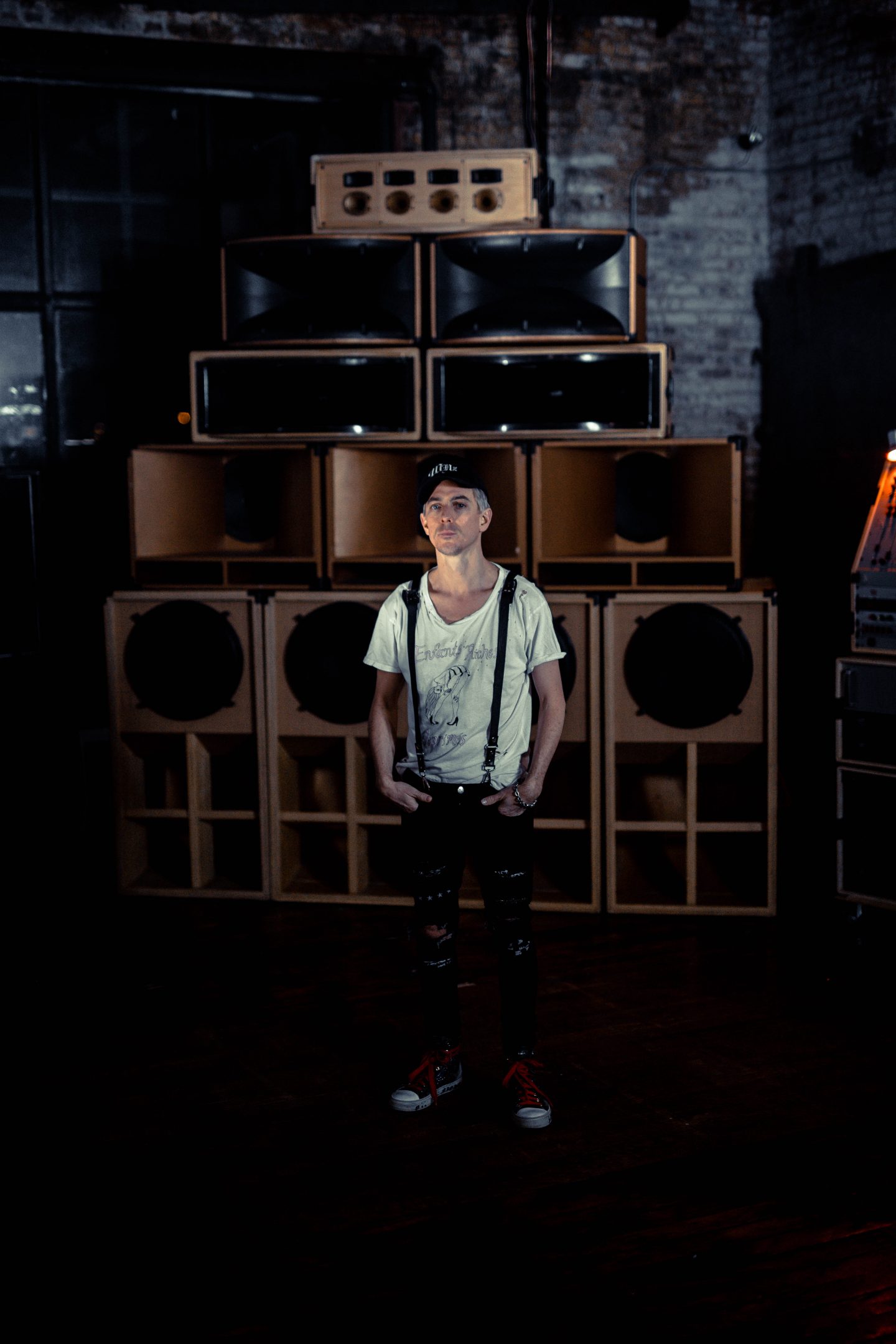 Bass reverberates through the body. The reaction to those root notes and grooves actually manifests
physically. Two-time GRAMMY® Award-nominated bassist, producer, songwriter, and Dub Trio CoFounder Stu Brooks beckons this response every time he picks up a bass. Sharing the stage or the studio
with everyone from Academy® Award winner Lady Gaga, Danny Elfman, Lauryn Hill, 50 Cent, and Mary J. Blige to Mike Patton, Pretty Lights, Mark Guiliana, Slick Rick, and even a posthumous recording for Tupac Shakur, his playing reverberates on an emotional and spiritual level.

“I think of it as getting hit with a massive telephone pole to the point where it changes your molecules
and affects your body,” he grins. “It takes the wind out of your lungs. I like changing the air in a space.
There’s nothing like the reaction when people are struck with sound. I love to play with emotion, but it
also has to be a physical experience.”

Among his earliest memories as a kid in Toronto, he recalls picking up piano at the age of five.
Embracing music from this point on, he tried bass at 13-years-old and never put it down. He eventually
caught the attention of Rock And Roll Hall Of Fame bassist Prakash John [Parliament-Funkadelic, Lou
Reed, Alice Cooper] who quickly became a mentor. By sixteen, Stu had hit the local club circuit in
Toronto, accompanying numerous rock and funk acts. After a summer session at Berklee College of
Music on scholarship, he petitioned his high school for early graduation in order to attend Berklee after
notably receiving a substantial international scholarship. Post-Berklee, he immediately moved New York
during 2000. Three years later, he co-founded Dub Trio.

Among early gigs, 50 Cent’s G-Unit recruited him for the 6 times platinum-selling Get Rich Or Die Trying.
He notably handled bass on Tony Yayo’s platinum-selling Thoughts of a Predicate Felon (#2 debut on the
Billboard Top 200) and Lloyd Banks’ gold-certified Rotten Apple (#3 debut on the Billboard Top 200).
Featuring his basslines, Yayo’s single “So Seductive” [feat. 50 Cent] went Top 10 on the Hot R&B/HipHop Songs Chart and took home “Best Club Banger” at the BET Vibe Awards. “It was awesome…I was
playing bass in those sessions like I was fighting for my life,” he smiles.

Collaborations followed with Mobb Deep, Redman, Mike Patton’s Peeping Tom, Lady Gaga, and Tupac
Shakur on Pac’s Life. In 2014, he received a GRAMMY® Award nomination in the category of “Best
Dance/Electronic Album” for his contribution to Pretty Lights’ A Color Map of the Sun. Along the way, he
lent his talents to the Saturday Night Live Band, notably appearing during a much talked-about Kanye
West and Kid Cudi set In 2018. Beyond numerous studio sessions, he served as music director for
Matisyahu for ten years, co-producing and co-writing albums such as Akeda and Undercurrent in
addition to a handful of singles. He also became music director for the Bonnaroo Super Jam and GRIZ—
for whom he orchestrated a few sold out Red Rocks Amphitheater gigs and more. Laying down bass as
well as engineering for Mark Guiliana’s Beat Music! Beat Music! Beat Music, he garnered a second and
third GRAMMY® Award nomination in the category of “Best Contemporary Instrumental Album” at the
2020 ceremony. Between Peeping Tom, Matisyahu, Dr. John, and Dub Trio, he performed in dozens of
countries, including every U.S. state, Canadian province, and European country and graced the stages of
late-night shows, ranging from Conan to the iconic Jay Leno and David Letterman.

“I find commonality in all types of music, and I’m always trying to string different genres together,” he
explains. “I believe there’s a way to thread dub, reggae, punk, hip-hop, trap, industrial, experimental
jazz, and rock all together. I’m drawing on all of these influences.”

With Dub Trio, he simultaneously attracted a devout fanbase and widespread critical acclaim from
Pitchfork, Rolling Stone, Consequence of Sound, and Bass Magazine in addition to featured covers for Alarm and Noise magazines and more. The group built a genre-bending catalog, consisting of Exploring
the Dangers Of [2004], New Heavy [2006], Another Sound Is Dying [2008], and IV [2011]. New Heavy
[2006] and Another Sound Is Dying [2008] both feature vocal performances from Mike Patton. 2019’s
The Shape of Dub To Come notably boasted cameos from Meshell Ndegeocello, King Buzzo of The
Melvins, and Troy Sanders of Mastodon. Dub Trio notably closed CBGB’s by opening for Bad Brains for a
series of concerts in its final week. Not to mention, its fans span Patton to Elfman. After playing for over
20 years together, Stu and drummer Joe Tomino are a well-respected rhythm section. Along the way,
Alleva-Coppolo enlisted him for his own signature model. He also launched a signature P-Bass with
Olinto a.k.a. La Bella Strings—a renowned 400-year-old string manufacturer.

In 2020, he continues to expand his scope, producing and co-writing for the likes of Fever333, 311,
Patrick Stump, Sam Hollander, and many more in addition to joining Elfman’s band. In the latter half of
2020 he is performing all bass tracks on Fever333’s anxiously awaited sophomore album as well as
playing bass for Elfman’s upcoming album.

Whether on bass, producing, or musical directing, Stu will ultimately move you.

“I always hope my music will be a cathartic experience,” he leaves off. “Maybe you’re able to release an
emotion and, when you’re done listening, you’ve changed a little bit.”