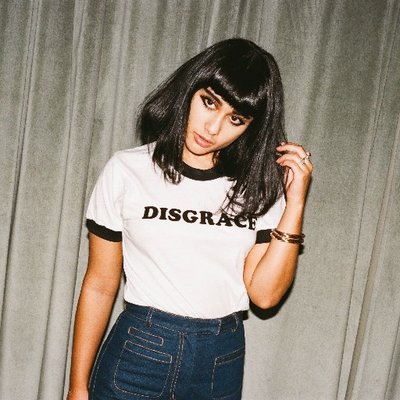 Teddy Sinclair is a British born artist and Grammy nominated songwriter based in New York.  Signed to Concord Publishing and managed by Primary Wave, her solo project Cruel Youth has independently garnered millions of streams, a cult-like following and features on the nostalgic all star soundtrack for the TV series  ‘Godfather of Harlem’.

Like a shot of The Supremes poured over a cool hard shake of Missy Elliott, her music is rich with the dreamy buzz of 1960’s love songs warped into layers of orchestral and cinematic trip-hop beats. Known for her sharp and intoxicating lyrics, she colors each song with a visual poetry swirling with impulse and intimacy in a storm of high emotions.

Teddy co-wrote Rihanna’s Kiss it Better and has cuts with Madonna, Kiiara, Cautious Clay, Swizz Beats, Young Thug, and DJDS x Khalid.  She is currently finishing music for Cruel Youth, and her collaboration project “*Bloom” both set to release later this year.

**Prior to this she achieved international success with her Interscope-signed Natalia Kills project, releasing 2 albums and scoring multiple top 10 singles around the world.**