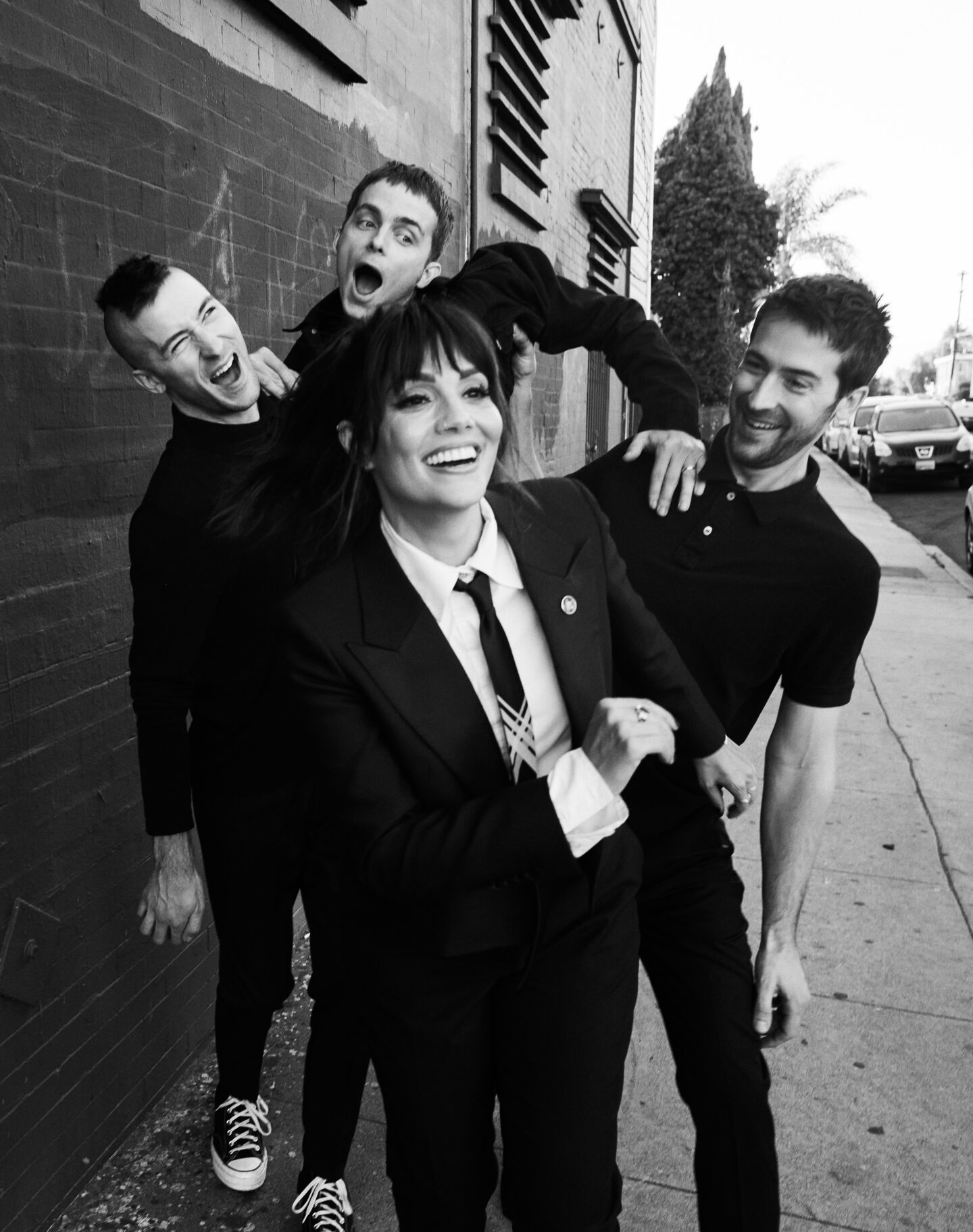 The Interrupters are an American ska punk band formed in Los Angeles, California, in 2011. The band is comprised of Aimee Interrupter on lead vocals, Jesse Bivona on drums, Justin Bivona on bass, and Kevin Bivona on guitar. With their self-titled debut arriving in 2014, the band soon shared stages with bands like Rancid, Blink 182 & Bad Religion. In support of their second album – Say It Out Loud (2016), they toured all around the world headlining their own shows as well as supporting Green Day in Europe, Australia, and South America. Their third and latest album, Fight the Good Fight, was released in 2018. This album is finds The Interrupters delivering their two-tone-inspired, powerfully melodic, punk-fueled sound with more vitality than ever before. Working with Grammy Award-winning producer Tim Armstrong and Grammy Award-winning mixer Tom Lord-Alge, Aimee and the Bivona brothers channeled that raw energy in part by recording almost entirely to tape.

In 2020, with the arrival of the pandemic, Armstrong’s participation in the band’s next project was limited and Kevin Bivona took his place in the producer’s chair for album number four. Freed from the constraints of recording schedules and the financial pressures of expensive studio time, the record took shape organically. The breadth of styles the band chose to pursue gives another dimension to their fortifying, rocket-fuel-soaked ska. Into The Wilderness encompasses moments that are expected, curious, and the positively astonishing. Eleven years in, four records deep, an incalculable number of road miles logged around the world, and significant radio chart success, The Interrupters remain committed to shaking off the ghosts, doing the work, and uplifting their fans for some psychic crowd-surfing.