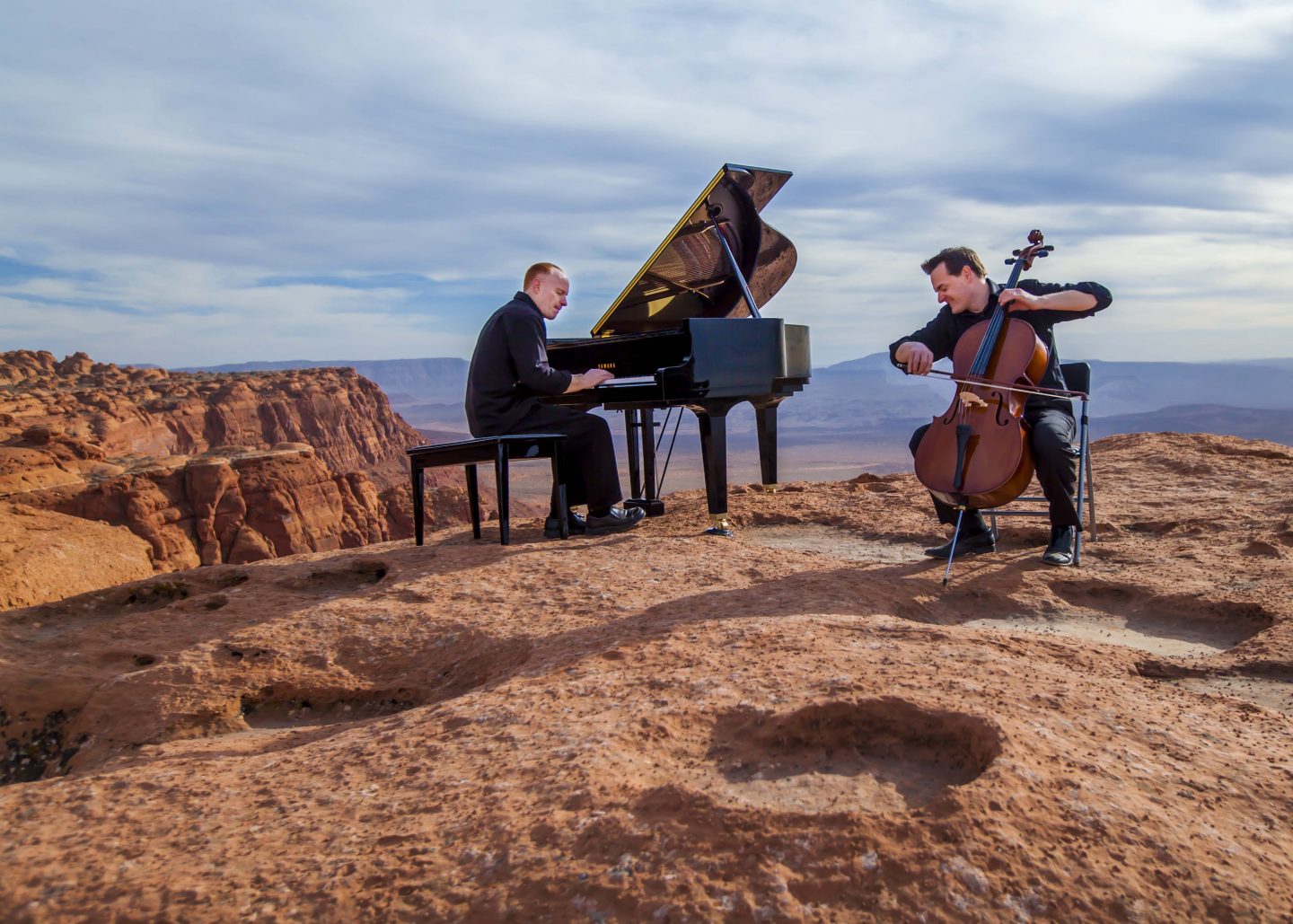 Technically, the Piano Guys are the duo of pianist Jon Schmidt and cellist Steven Sharp Nelson, but they’re also a 21st-century multimedia collective that includes Paul Anderson and studio engineer and writer Al van der Beek. Together they produce musical and video gems that mash up classical themes with pop songs — making the group’s YouTube channel one of the most visited on the planet.

The Piano Guys began in St. George, Utah, where Anderson owned a piano shop. Schmidt walked in one day and asked if he could practice on one of the pianos for an upcoming concert. Soon Anderson and Schmidt were recording and making videos together, and with the addition of Nelson, posting them to YouTube. Things continued to grow and expand creatively with van der Beek aboard, and the collective’s productions became joyous, thoughtful, and beautiful interactive musical videos that received millions of YouTube hits and brought the Piano Guys worldwide attention.

After a self-released debut in 2011 called Hits, Vol. 1, an eponymous album appeared in 2012 via Sony Masterworks. It was followed by Piano Guys 2 in 2013 and a holiday album, A Family Christmas, in 2014. Released that same year, Wonders proved to be the duo’s highest-charting album to date, peaking at the number 12 spot on the Billboard 200. Two years later, the quartet returned with their sixth studio album, Uncharted. It reached number 15 and became their fifth straight classical number one and sixth new age number one. Coinciding with a sold-out show at London’s Royal Albert Hall, the group issued their first best-of compilation, So Far So Good, in mid-2017. The album included a re-recording of the track “(It’s Gonna Be) Okay,” which featured guest vocals from Sir Cliff Richard. Their second seasonal album, Christmas Together, followed that October and returned them to the top of the classical and new age charts. The foursome returned the following year with Limitless. Once again they took on contemporary pop hits from the likes of Ed Sheeran, Shawn Mendes, and Korean pop sensations BTS and reworked them into their unique mix of classical and pop. In 2020, the group celebrated ten years in the music game with tenth studio album 10, compiling 15 remastered classics with a plethora of new material, celebrating the group’s storied career thus far.