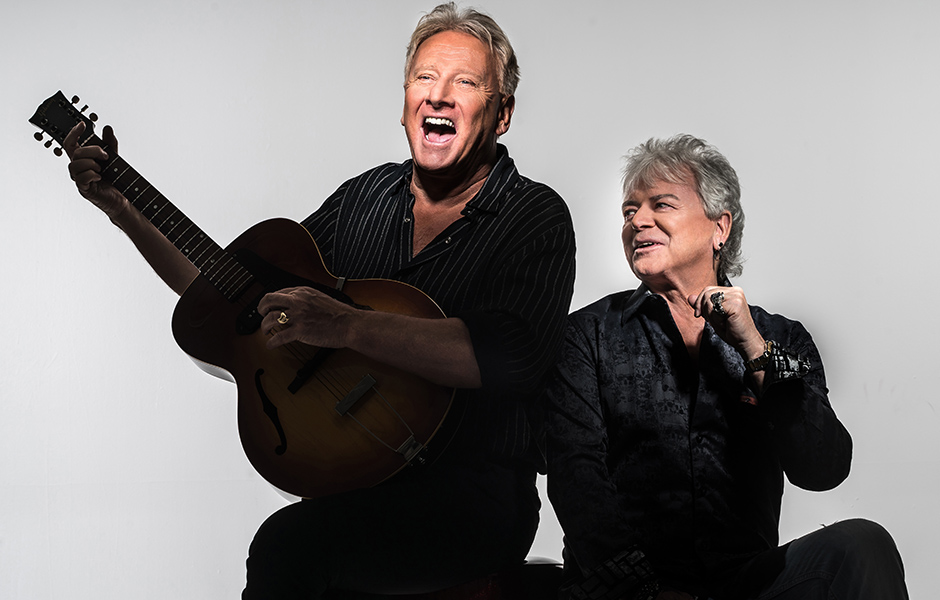 Graham Russell & Russell Hitchcock met on May 12, 1975, the first day of rehearsals for “Jesus Christ Superstar” in Sydney, Australia becoming instant friends. After each performance, they would perform as a duo in pizza parlors, coffee bars, and night clubs quickly gaining a reputation for great harmonies and for original songs that Graham was constantly writing. With a demo cassette of two songs (“Love and Other Bruises” and “If You Knew Me”) in hand, they shopped it to every record label in Sydney. CBS Records admired their style and signed them, the duo made a single in one afternoon which shot to #1 on the national charts. From there, Air Supply was born. The duo immediately began touring, opening for Rod Stewart across Australia and throughout North America. They return to Australia after the tour and made the album Life Support, which included the hit single “Lost in Love.” The single went Top 10 in Australia and found its way to the desk of music industry executive Clive Davis. Clive immediately signed them to Arista Records and, in 1980, “Lost in Love” became the fastest-selling single in the world. The follow-up single “All Out of Love” went up the charts even quicker. Seven top 5 singles later, Air Supply had equaled The Beatles’ run of consecutive top-five singles. Their albums – Lost in Love, The One That You Love, Now & Forever, and The Greatest Hits – have sold in excess of 20 million copies. Their live shows have held audiences captive around the world. They were one of the first musicians to tour in China and Taiwan and even performed for Prince Charles and Princess Diana. In July 2005, their live DVD, “It Was 30 Years Ago Today” celebrated 30 years of success around the world and in that same month, Air Supply smashed attendance records when, in Cuba, at one show they played to 175,000 people. The duo continued to play more than 120 shows a year worldwide, including stops in England, Ireland, Israel, Philippines, Korea, Japan, Canada, the U.S. and beyond.

The trademark sound of Russell Hitchcock’s soaring tenor voice and Graham Russell’s simple yet majestic songs created a unique sound that would forever be known as Air Supply.