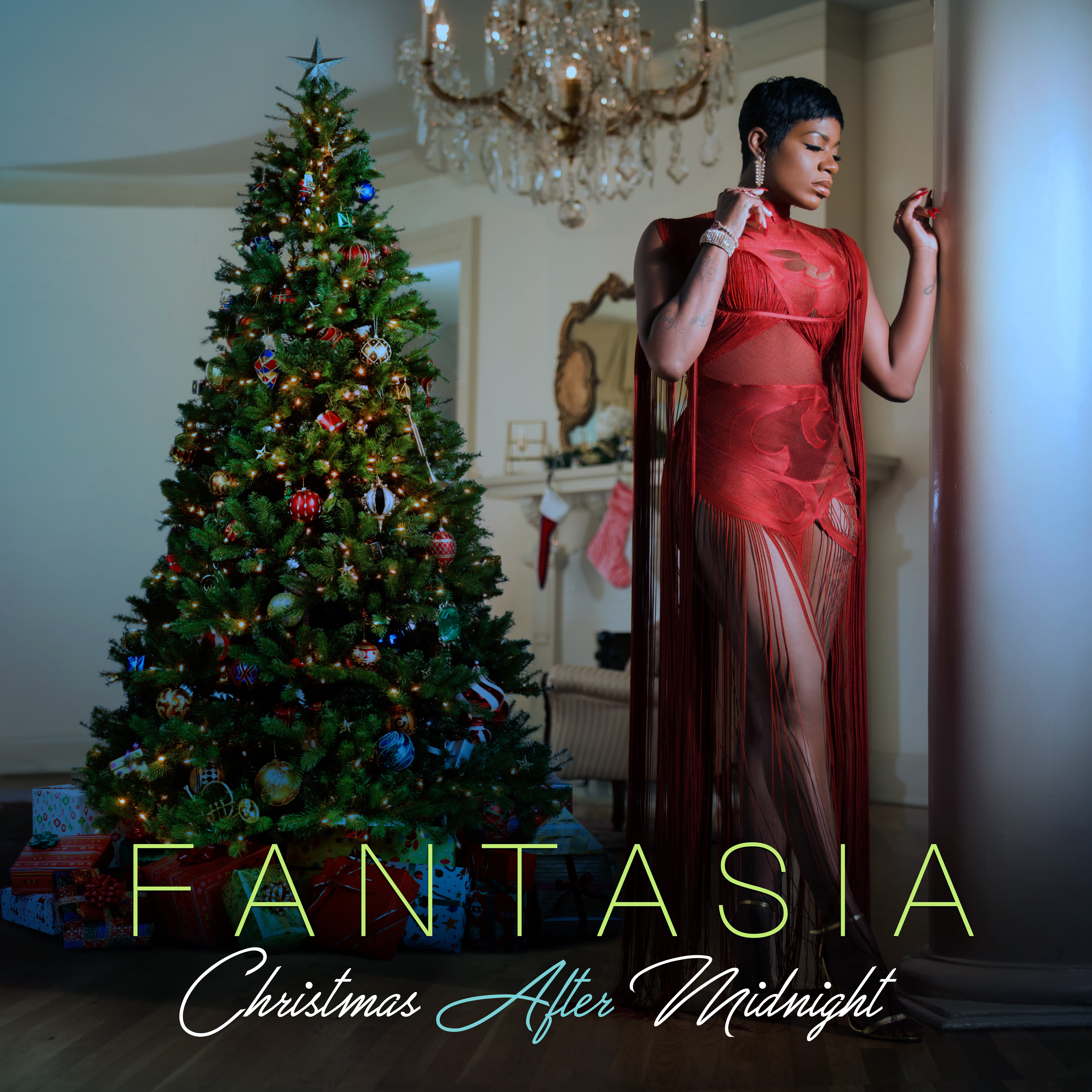 New York, NY – September 07, 2017 — Grammy-Award winning and platinum-selling artist Fantasia will release her first-ever holiday album, Christmas After Midnight, via Concord Records on October 6.  The 12-track album was produced by Ron Fair (Christina Aguilera, The Black-Eyed Peas) and includes some of Fantasia’s favorite holiday songs including “This Christmas,” “Silent Night,” “Santa Claus Go Straight to the Ghetto,” “Have Yourself A Merry Little Christmas” and “Baby, It’s Cold Outside,” featuring vocals from the critically acclaimed singer, songwriter and producer CeeLo Green.  To pre-order the album, click here.

“I’m so excited for my first Christmas album,” says R&B sensation Fantasia.  “My Grandmother Addie Collins’ birthday was on Christmas Day. I will never forget how she would put up the prettiest Christmas trees and lights. But more importantly, I’ll never forget the impact she had on me and everyone else around her this time of year. She was a loving woman who helped all her grandchildren understand the true meaning of the holiday, its impact on our spirituality and character as well as the importance of recognizing the value of family and significant relationships.  This album is dedicated to her.  So as she would always say, ‘Keep giving the Gift of Giving!’”

Recorded live in Los Angeles’ iconic Capitol Studios and Nashville’s famed Blackbird Studios, Christmas After Midnight is an inspiring and merry blend of rock, soul, jazz, funk and blues that will send holiday spirits soaring.   Brimming with creative arrangements on standards such as “This Christmas” to the jazzy interpretation of “What Are You Doing New Year’s Eve?,” Fantasia’s soulful and unique vocals breathe a fresh new take on these beloved classics.  The album also features a playful rendition of “Baby It’s Cold Outside,” featuring CeeLo Green.

“This album pays homage to my grandmother and is a gift from me to all of those who remember their grandparents or parents putting up Christmas trees and being a blessing into people’s lives,” says Fantasia.  “I’d also like to pay homage to the great singers like Billie Holiday, Ella Fitzgerald, Frank Sinatra and Ray Charles who stood strong in what they believed in – the music. I hope that it blesses you guys. Merry Christmas and Happy New Year.”

North Carolina native Fantasia broke on to the scene in 2004 as the season three winner of Fox’s American Idol. Later that year, she released her platinum-selling debut album Free Yourself and became the first artist in the history of the Billboard Hot 100 chart to debut at #1 with her first single, “I Believe.” The singer’s eponymous sophomore effort, released in 2006, featured the #1 R&B single “When I See U,” and reached gold status. In 2010, Fantasia earned her first ever Grammy Award for the hit single “Bittersweet,” off her critically acclaimed third album Back to Me.  Side Effects of You followed in 2013, debuting at #1 on the Billboard R&B Albums Chart and #2 on the Billboard Top 200. On July 29, 2016, Fantasia released her fifth studio album, The Definition Of…., which became her third consecutive #1 R&B album debut, her fourth top ten debut on the Billboard 200, and earned her another Grammy nomination for Best Traditional R&B Performance.

In addition to being a mainstay in music, Fantasia adds author and actress, to her growing list of accomplishments. In 2006, she released her New York Times best-selling memoir, Life Is Not a Fairytale, and starred as herself in the Lifetime movie of the same name. In 2007, Fantasia landed the coveted role of Celie in Broadway’s The Color Purple for which she won a Theater World Award. Fantasia returned to Broadway in 2013 as the first celebrity engagement in After Midnight, a dance-focused musical that celebrated Harlem’s iconic Cotton Club during the Harlem Renaissance in the 1920s and’30s. After receiving rave reviews, Fantasia joined the cast of After Midnight for a second run in May 2014.