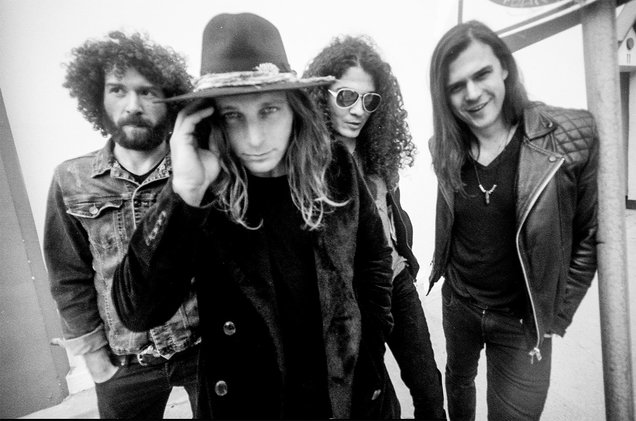 “At the end of the day, it’s a good win for rock ‘n’ roll,” says frontman Marc Labelle.

Dirty Honey earns its first No. 1 on Billboard‘s Mainstream Rock Songs airplay chart with “When I’m Gone,” which rises from No. 2 on the Oct. 5-dated ranking.

The coronation is historic, as the classic-rock-influenced Los Angeles quartet is the first unsigned act at the time of its chart triumph to top Mainstream Rock Songs in the tally’s nearly four-decade history. The song was released specifically by the band itself.

Dirty Honey’s domination represents a rare feat anywhere on radio these days, not just at the mainstream rock radio format. It isn’t like the band did it all on its own, though. It’s managed by Red Light Management, which launched the song’s radio promotion in March, led by Mark Gorlick, who first began pushing the song.

“I knew we had a hit record the second I heard it a year ago,” Mark DiDia, the band’s manager, tells Billboard. “I felt in my gut that if we recorded it right, and put together the proper team, we’d have a No. 1 record. It feels good to be right.”

The track debuted on the Mainstream Rock Songs list dated May 18, and soon after, Red Light Management’s promotional staff began pushing the song, coinciding with iHeartRadio’s pick as its On the Verge artist for June.

Still, even as the song completes its ascent to No. 1, the band remains unsigned.

“This is crazy: a brand-new, unsigned band has its first single go to No. 1,” Dirty Honey frontman Marc Labelle says. “And, to top the chart with a true rock song is really cool. It’s also a testament to our team who has worked so hard to make this happen.

“When I’m Gone” concurrently holds at its No. 13 peak on the all-rock-format Rock Airplay chart, earning 4.3 million audience impressions, according to Nielsen Music.

Dirty Honey’s self-titled debut EP was released earlier this year, and the group is currently on tour opening for Alter Bridge and Skillet in North America.