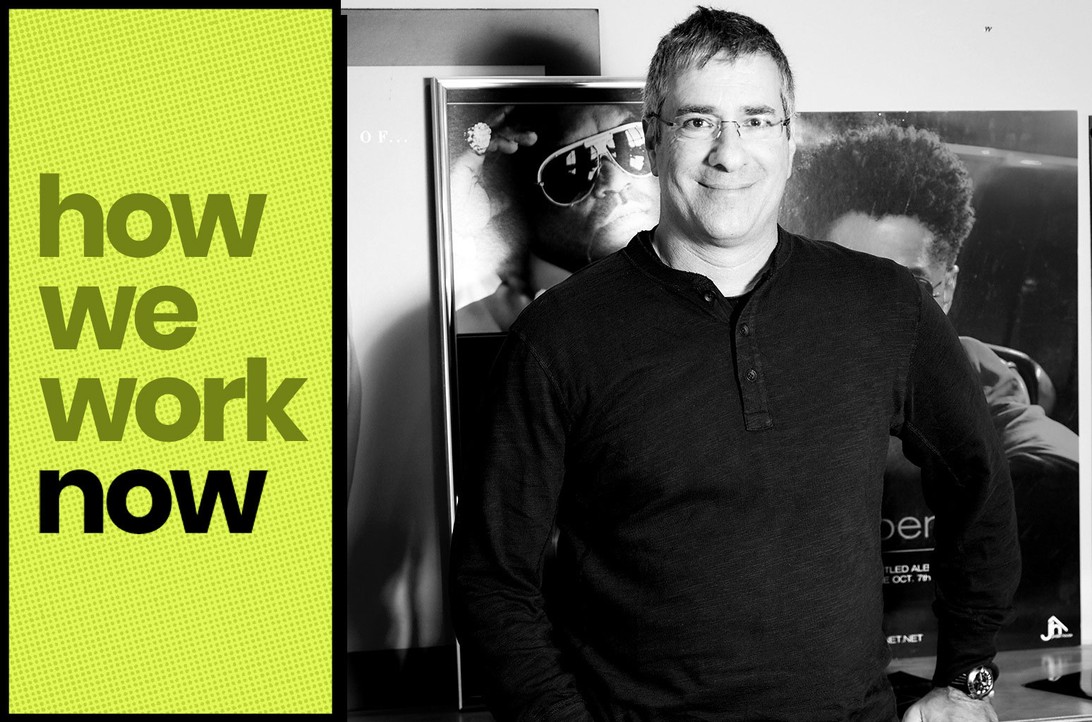 In a new series amid the coronavirus pandemic, Billboard is asking individuals from all sectors of the music business to share stories of how they work now, with much of the world quarantined at home and unable to take in-person meetings, attend conferences or even go into the office. Submissions for the series can be sent to HowWeWorkNow@Billboard.com. Read the full series here.

This installment is with Primary Wave founder/CEO Larry Mestel.

Larry Mestel: I’ve had a house in Vermont for 30 years, between Stratton Mountain and Bromley Mountain. Around March 13, there were rumors about the virus, and New York was going to close down its schools and subways, and we decided to ride it out in Vermont — and it was a good decision, given the governor here was very aggressive in shutting it down and putting social-distancing things in place. We basically only leave the house to go to the grocery store. It’s reasonably comfortable.

The one major benefit of all this is I’ve had like 45 straight dinners now with my kids and my family. Two kids are in college — one is graduating from Northwestern University and unfortunately won’t be having the normal ceremony — and one is in high

It’s been actually eye-opening how much more focused we are as a team because there are no intermittent interruptions of people coming over to your desk or your office, there’s no staff going out for lunch during the day. I think we’ve been as productive as we’ve ever been and we’ve actually decided we’re going to change our office environment.

Right now, our office in L.A. is somewhere around 12,000 square feet. Why not have a better, more creative space with fewer offices with 7,000 square feet? I certainly think people are going to be thinking twice about how they work. The transition’s been seamless and incredibly efficient for us. We’re happy with it.

school. It’s terrible for the kids.

Given that I have three kids taking classes for school online, I’ve had to move on three different occasions — they’ve relegated me to the other side of the house. So I’ve got a desk, and my office is basically our upstairs playroom where the kids don’t hear me on conference calls or video conferences. I’m completely removed from everybody.

I have to hand it to my team and the company. Everybody came together and quickly transitioned their teams to remote working. We installed Microsoft Teams on everybody’s home computers. We made sure everybody had home printers and continued our business exactly as if we were working in the office, but through video conferencing. When we had staff meetings [in person], it seems like they always start maybe 10 minutes late, because you’re waiting for people to get into the conference room. But when you have a Zoom or Microsoft meeting, within a minute everyone’s on that video call. You also get to the point quicker because people don’t want to stay on for an hour and a half.

Not commuting is helpful in efficiency. We’ve put a lot of time and attention into creating digital and online virtual opportunities for our artists, because obviously they can’t tour. If you look at Melissa Etheridge‘s example, almost every day there’s a new opportunity for her fans to experience her music and performance online.

Even though we’re in a pandemic, I personally feel healthier from not taking taxis or subways to the office — and every once in a while, I take a conference call while I’m hiking through the woods. It allows me to think more clearly.