Primary Wave celebrate March Madness with Boyz II Men’s Perfect Harmony –Battle Of The Tunes campaign that features some of the groups most popular songs being paired against each other in a March Madness-style bracket.

This 4-week campaign allowed fans to cast their predictions and votes on the songs they think will win each round. Every correct prediction earns points for that bracket, and the most accurate bracket will win a signature prize pack. At the conclusion of this campaign, we have collected over 40K votes, and 3,000 predictions resulting in a 7% increase in streams, and a half million impressions across social platforms.

Watch now on ESPN an exclusive interview with the group! 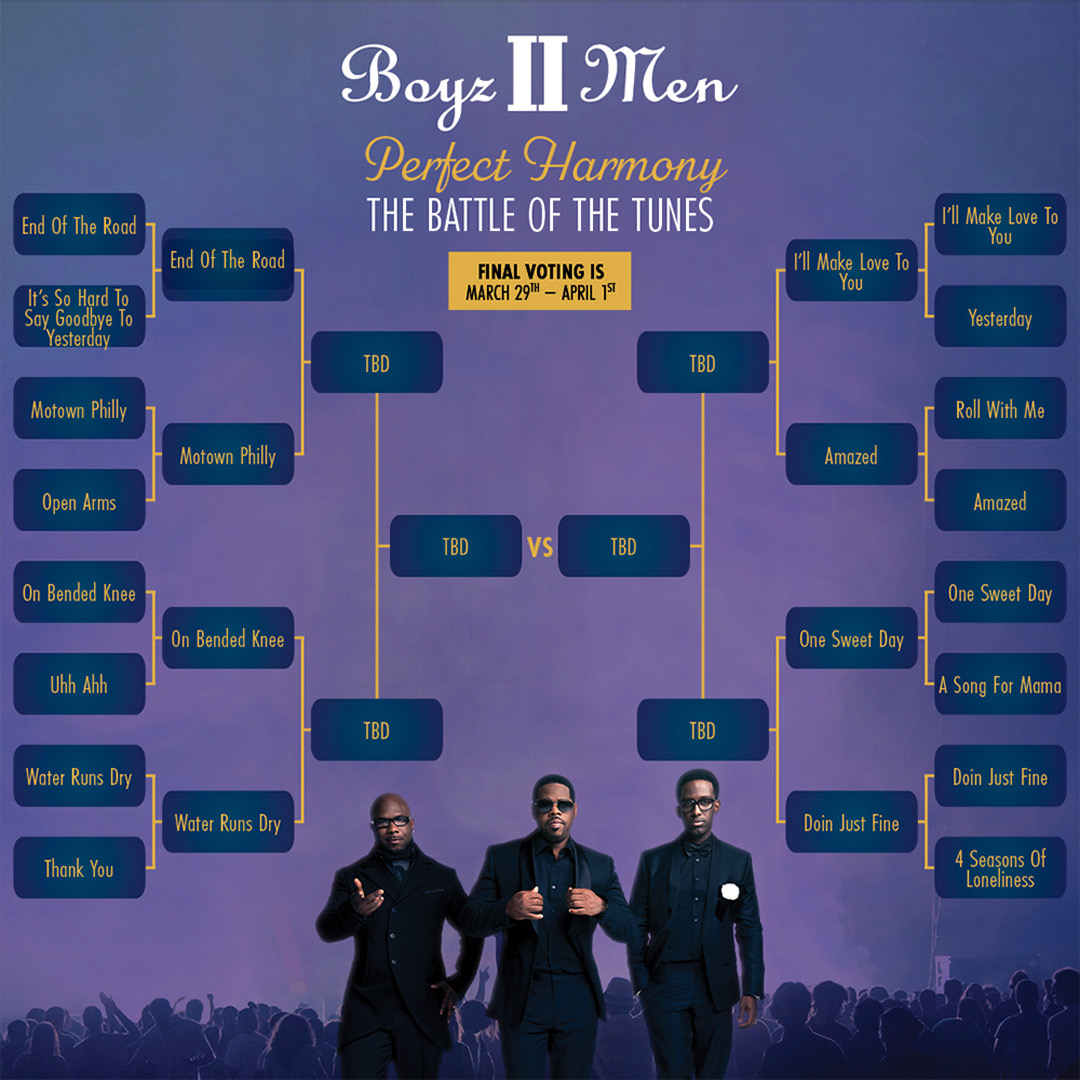