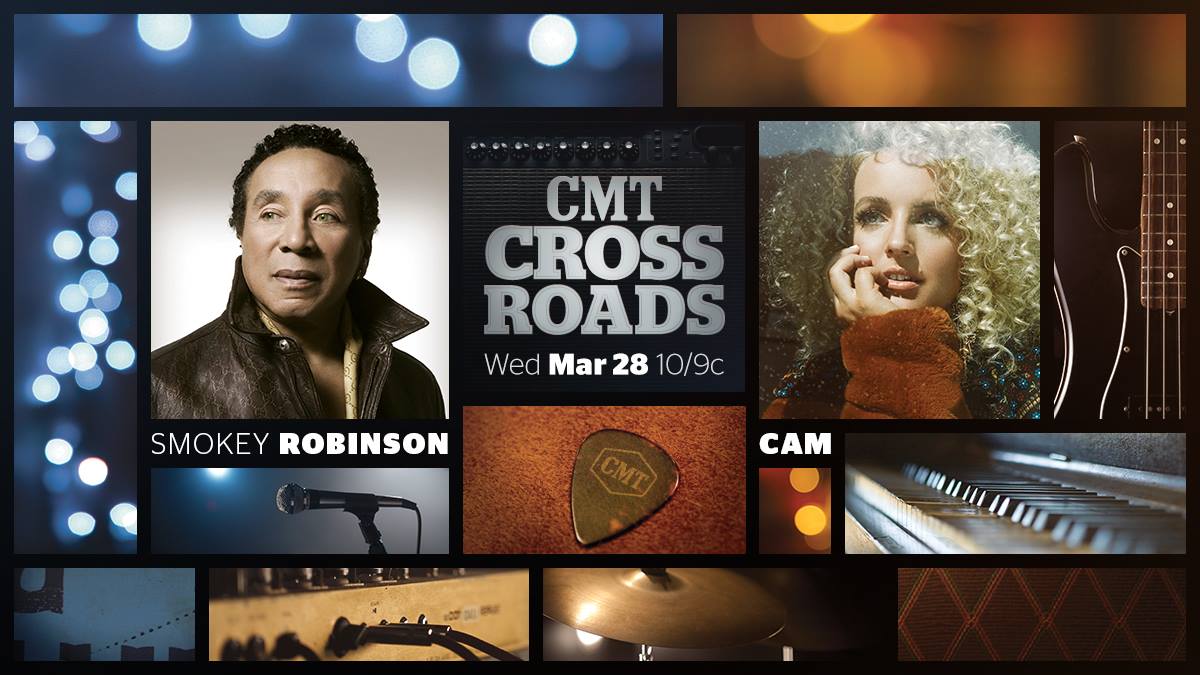 CMT has teamed up some of country and pop music’s biggest stars over the years in their Crossroads series, and the next pairing — Motown legend Smokey Robinson and critically-acclaimed sensation Cam — promises to provide plenty of magical musical moments. The new episode will tape this week, and will air Wednesday, March 28 at 10 p.m. ET on CMT.

Robinson’s musical contributions and influence spans five decades and 4,000 songs. A multi-talented artist and businessman, the Detroit native climbed to world renown and dominated R&B charts as the lead singer of The Miracles with hits including “Shop Around,” “The Tears of a Clown” and “I Second That Emotion.” He penned some of the most influential hits in American music including “My Girl,” and experienced massive success both as a solo artist and as Motown record producer and executive. Among his many accolades, Robinson was named a Grammy Living Legend and received NARAS’ Lifetime Achievement for his impact in music. Though his success lies in the pop and R&B formats, there are a few links to country music on Robinson’s resume. His 1962 hit “You’ve Really Got A Hold On Me” (recorded with The Miracles) was recorded in 1984 by Mickey Gilley, who notched a No. 2 peak on the Hot Country Songs chart with the classic, and in 1988, he partnered with Dolly Parton for “I Know You By Heart,” a song that hit No. 22 on the Adult Contemporary listing.

Country singer/songwriter Cam skyrocketed to widespread acclaim in 2015 with her Grammy-nominated single “Burning House”; it was the highest-selling female country song that year with more than 500,000 copies sold. The California-born artist developed her powerful vocals from childhood, and learned to sing in 14 languages. She recently released her new single “Diane” to broad reception from radio, and anticipates the release of a new album later this year. Just like Robinson, Cam’s music has made an impact with artists outside of her format – as she has co-written and composed material for other artists including Miley Cyrus and Sam Smith.

Of each other, there is definitely a mutual admiration society. “I grew up listening to Smokey Robinson,” Cam says. “My dad used to walk around the house singing his songs and I would try to harmonize along with him and Smokey so it’s kinda insane that I’m getting to do this. There’s a feeling you get when you hear Smokey’s music. I’ve always been drawn to it and I think everyone who listens to his music feels that way too – it’s pure magic.” As for Cam? Consider Smokey Robinson impressed. “I’m looking forward to working with Cam on our episode of Crossroads,” the legendary performer tells Billboard. “I can’t wait to hear what she brings to my songs.”