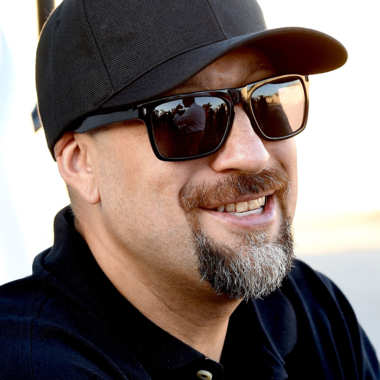 Despite daily morning blunts and a career spanning almost 30 years in music, Cypress Hill’s B-Real, 46, is still one of the busiest men in the business. Cypress Hill is recording music and plans to drop a new album in 2017; the band is joining Snoop Dogg’s “Wellness Retreat” tour this April, and then touring Europe later in the summer; he’s also recording new music with Prophets of Rage, the supergroup featuring members from iconic ‘90s bands Public Enemy and Rage Against the Machine; and they’ll be touring South America and Europe this spring to promote their soon-to-be-released album. “I like to keep it moving,” B-Real says on the phone, outside the studio. “It’s going to be a hectic year for me.”

No matter how hectic, though, B-Real still has time for Instagram. As others have noted, Cypress Hill loves to comment on posts by National Geographic, among others. That’s right: That’s not software, nor a bot, nor a publicist commenting for the group. That is actually B-Real, sitting there stoned, carefully picking out which emoji to use. And why not? When you’re one of the most famous stoners in the United States, why wouldn’t you be Instagram-deep-diving into @natgeo or @usinterior?

Read More at the NY Mag!