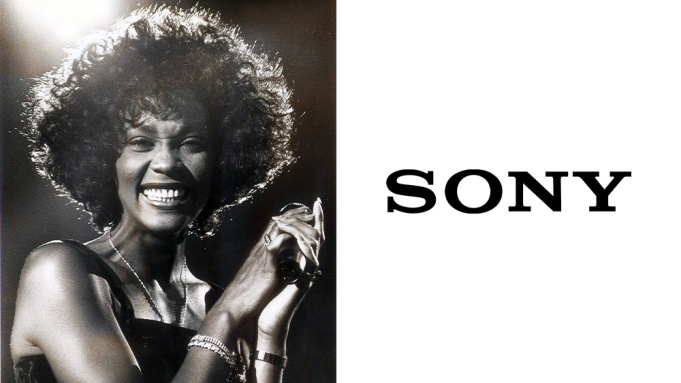 EXCLUSIVE: Sony’s TriStar Pictures has won a hot and heavy auction for I Wanna Dance With Somebody, the feature film on the life and music of iconic songstress Whitney Houston. The studio has already staked out a Thanksgiving, 2022 release date for the film. Deadline revealed the project’s formation back in April, with The Whitney Houston Estate, Primary Wave and Grammy-winning music producer and Houston’s mentor Clive Davis all aboard. Stella Meghie is directing. She helmed The Photograph, starring Issa Rae and LaKeith Stanfield and her credits include Jean and the Jones, The Weekend, and Everything, Everything.

Scripting and producing is Anthony McCarten, the Oscar-nominated screenwriter who was the catalyst for the project, self-financing a life rights option, writing the script on spec and lining up rights and music to create a tantalizing package leaving only one question: which young actress can play Whitney Houston?

McCarten wrote the biographical films The Two Popes, Darkest Hour, Bohemian Rhapsody, and The Theory Of Everything. On those films, Rami Malek (Freddie Mercury), Gary Oldman (Winston Churchill), and Eddie Redmayne (Stephen Hawkins) won lead actor Oscars three years straight, and Jonathan Pryce and Anthony Hopkins were both Oscar nominated last time. So this will be a coveted role. McCarten is scripting the Bee Gees film for Paramount, GK, Sister and Amblin, wrote the book for an upcoming Broadway musical on the life of singer/songwriter Neil Diamond. He’s also writing the Warren Buffett-Bill Gates pic based on the book Wednesday At Warren’s, Friday At Bill’s.

I Wanna Dance With Somebody will be produced by Pat Houston on behalf of the Houston Estate, Davis, Larry Mestel on behalf of Primary Wave Music, Denis O’Sullivan (Bohemian Rhapsody) and Jeff Kalligheri (Submergence), who are also financing via Compelling Pictures. McCarten is producing through his Muse of Fire Productions banner. Primary Wave Music is a partner of the Whitney Houston estate. The film will benefit from the use of Houston’s many hit songs.

The movie won’t ignore Houston’s sad ending, but if you listen to the soaring finish of The Bodyguard‘s signature tune I Will Always Love You, or her Super Bowl rendition of The Star Spangled Banner, her legacy is large and that will be much of the film’s focus, as evidenced by how McCarten was able to sensitively handle problems in Mercury’s life in Bohemian Rhapsody, a film that grossed over $900 million worldwide. The producers describe their vision of the film as a “joyous, emotional and heart-breaking celebration of the life and music of the greatest female R&B pop vocalist of all time, tracking her journey from obscurity to musical superstardom. While being very frank about the price that super-stardom exacted, it will be both the rich and complex saga of the search for the perfect marriage between song and singer and audience, and at the same time the moving tale of a simple Jersey girl trying to find her way back home.”

Houston is the most awarded female music artist of all time, selling more than 200 million records worldwide. With her first studio album in 1985 and for more than 25 years that followed, her music became the soundtrack for multiple generations. Her hit songs included Saving All My Love for You, How Will I Know, Greatest Love of All, I Wanna Dance with Somebody, Didn’t We Almost Have it All, So Emotional, Where Do Broken Hearts Go, I’m Your Baby Tonight and Million Dollar Bill, among many others. The six songs Houston recorded for her 1992 screen turn with Kevin Costner propelled The Bodyguard soundtrack to win multiple Grammy Awards including Album of the Year, and a Record of the Year award for the Dolly Parton-penned single I Will Always Love You. The album remains the best-selling soundtrack album in history and the film went on to earn $411 Million at the worldwide box office. She later did soundtracks for other motion pictures, including Waiting to Exhale and The Preacher’s Wife, the latter which went on to become the best-selling gospel album in history.

In her all-too-brief life, Houston won six Grammy Awards, 16 Billboard Music Awards, 22 American Music Awards and two Emmy Awards, among many others. She was inducted earlier this year into the Rock & Roll Hall of Fame.

Said TriStar Pictures head Brown: “Whitney just makes you want to get out of your seat and sing and dance! She is anthemic in every way. Anthony McCarten has bottled that up in his masterful screenplay bringing this beloved legend to life in a way we’ve never seen her – funny, exhilarating, aspirational, complex and incredibly human. Add to that Stella Meghie, a diehard fan, who is so gifted at telling beautiful, modern, feminine tales. With the guidance of Pat Houston, the legendary Clive Davis, Larry Mestel, and Denis O’Sullivan and Jeff Kalligheri, we have the absolute dream team to create the ultimate celebration of Whitney’s incredible life and musical achievements.”

Said Sony Motion Picture Group President Josh Greenstein: “It is thrilling to have the opportunity to bring such an extraordinary global icon to life on the big screen. Musically-driven films have always held a special place in theaters and this remarkable story will help further our fierce commitment to the theatrical experience.”

Said Davis: “From all my personal and professional experience with Whitney from her late teenage years to her tragic, premature death, I know the full Whitney Houston story has not yet been told. I am so glad that Anthony McCarten has committed to a no holds barred, musically rich screenplay that finally reveals the whole Whitney whose vocal genius deeply affected the world while she bravely battled the demons that were to be her undoing.”

Director Meghie called Houston “peerless. Her voice continues to give me courage. Thank you to Tom [Rothman], Josh and Nicole at Sony and TriStar Pictures for joining our team to life Whitney up with love around the world.”

The deal was negotiated by CAA Media Finance and Jay Cohen of Gersh on behalf of the filmmakers, they are repped by Evan Krauss at Eisner LLP.