Just Announced Devo has been named a 2021 Rock and Roll Hall of Fame nominee! Voting begins now at rockhall.lnk.to/2021FanVote 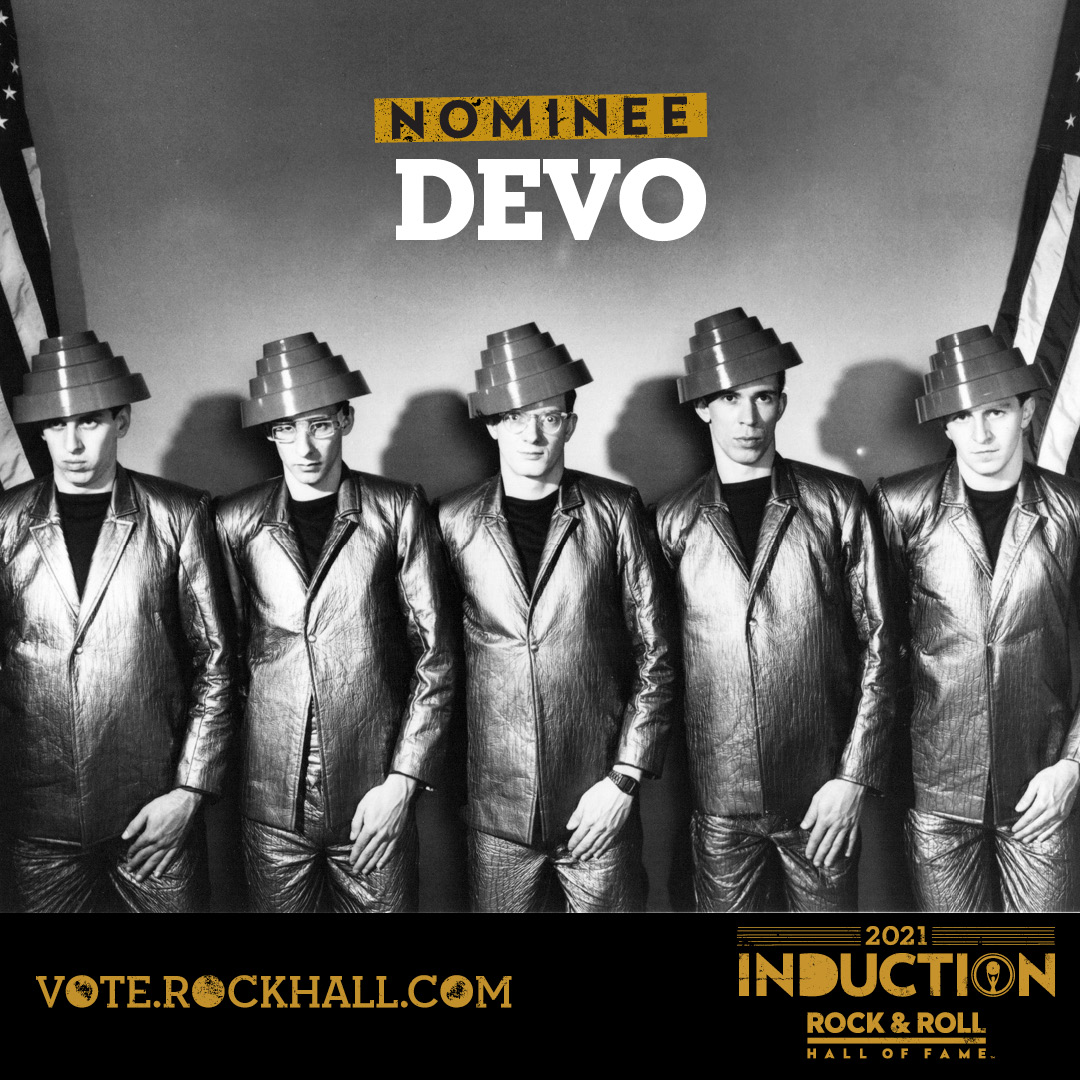 To be eligible for this year’s ballot, each nominee’s first single or album had to have been released in 1995 or earlier. A voter pool of more than 1,000 artists, historians, journalists, and members of the music industry will select the new class. Starting today, fans will also have a chance to take part in the process by voting at rockhall.com or at an interactive kiosk at the museum in Cleveland. Their selections will count as a single “fan ballot” that gets tabulated along with the others.