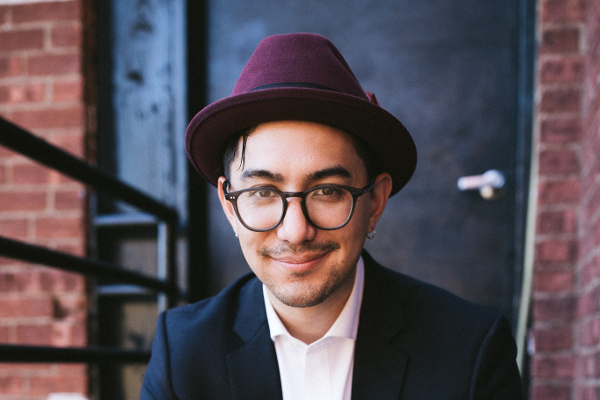 Musicians who are selected to judge a jazz competition often face an extremely difficult, painstaking task. But, according to vibraphonist Stefon Harris, that was not the case for the adjudicators of the inaugural edition of Count Basie’s Great American Swing Contest. “There was a clear-cut winner,” Harris said. “All the judges took a look at the videos independently, and it was a unanimous decision.”

The winner of the competition is Danny Jonokuchi & The Revisionists, a large ensemble that delivered a rousing rendition of the Basie composition “One O’Clock Jump.”

The competition was open to musicians ages 18 and up who had not signed an onging recording contract. Each contestant interpreted one of five Basie tunes and submitted a video.

DownBeat recently hosted a videoconference chat with Jonokuchi, who is based in Brooklyn, and Harris, who lives in West Orange, New Jersey, to discuss the competition.

“If you look at the mechanics associated with performing this music, their execution was absolutely fantastic,” Harris said of The Revisionists’ video. “I got the sense immediately that they understood the feel of the music—the importance and the value of the spiritual energy that’s embodied in swing. This video made me want to dance, and it uplifted my spirit. I think that’s what the music fundamentally is all about.”

n addition to writing the arrangement, Jonokuchi produced the track and mixed it, collaborating with video editor Josh Plotner to create the smile-inducing, five-minute clip. Jonokuchi, who often works with a seven-piece version of The Revisionists, expanded the lineup to include a total of 14 instrumentalists, plus singer Alexa Barchini, who contributed wordless vocals.

“This is actually the fourth video that we’ve made during the quarantine time,” said Jonokuchi, a native of the Los Angeles area. “With each video, I’ve drawn in different people from various parts of my life. So [this Basie video features] a mishmash of people that I knew from all these different places. And some of them didn’t even know who else was on the recording until the video came out. It brought everyone together in this really unique and uplifting way.”

The music is expertly executed and the video offers an infectious, kinetic quality, but the element that some viewers will most remember is the athletic choreography of six dancers who are members of the Harvest Moon Hoppers. The dance sequences were filmed in Brooklyn’s Prospect Park.

“The dancers were actually involved with some of the planning process, because I knew that in order for them to do some of these high-flying kicks, and these air steps, [the music] would have to be at a certain tempo,” Jonokuchi explained. “They really made that very clear. They said, ‘We can’t do that unless it’s at least 220 BPM [beats per minute].’ And I decided, OK, I’m going to do a slightly faster version of ‘One O’Clock Jump.’ But when I played it at 220 BPM, I said, ‘This is a little too frantic for this song.’ It didn’t swing because it was too fast. So I went back to these dancers and I said, ‘Please, please tell me that if we just made it a little bit slower, that you could still do these high-flying moves. And they said, ‘We can make it happen.’ So [the final version] is the perfect balance of tempo and groove.”

Harris noted, “I have so much respect for the humility that [Jonokuchi] has shown, and the fact that he’s paying attention to dance and allowing the music to be of service to dance. A lot of times we’re so focused on the music itself, that we’re not focused on the purpose of the music. So, considering tempos and motion is such an important element.”

Along with media exposure and mentoring from the judges, one of the key benefits of winning the Basie competition is that the organizers—including Primary Wave Music, a publishing and talent management company—will assist Jonokuchi in preparing a revised version of “One O’Clock Jump” for inclusion on a forthcoming official release.

Jonokuchi said that Basie’s tunes “have been huge staples of my understanding and my love of jazz.” He added that part of his goal was to create an arrangement that perhaps Basie himself would enjoy playing.

“We pride ourselves in developing creative and memorable marketing opportunities to increase awareness for our vast, iconic catalogs, and expose them to larger audiences,” said Sam Sklover, a manager of Creative Marketing at Primary Wave Music. “Our goal with this contest was to put Basie’s music right into the hands of the younger generation and for them to place their own lived experience into Basie’s music. This forms a true bridge between musical generations.”

Count Basie (1904–’84) is widely regarded as one of the most important bandleaders in jazz history. Among his honors are induction into the DownBeat Hall of Fame (1958), the Grammy Trustees Award (1981), the Kennedy Center Honors (1981) and the NEA Jazz Masters fellowship (1983).

“When you start to look at vehicles for passing on the legacy of this music, you start to realize that Count Basie’s music embodies so many fundamental principles of what jazz is,” Harris said. “When you hear Count Basie [recordings], you realize that the music is bigger than just Count Basie. It really is a manifestation of all those brilliant voices that came together. And I think those are great values that need to be pushed forward in our society beyond music—understanding how to embrace diverse perspectives and see that we’re all going to be much stronger as a result of it.” DB