“POSITIVE” is the lead single from Erica’s upcoming third studio album, scheduled to be released on September 23rd. The beautiful and uplifting song was written by Erica Campbell, Warryn Campbell and Juan Winans and produced by Warryn Campbell for My Block Inc. “Words have power. Positive is a good word even though it’s now connected to something else due to COVID,” Erica Campbell said. “I just wanted to take that word back and give it the power it deserves. Being positive, thinking positive, knowing that God is sovereign and in control. Knowing the difference between what He is doing and what I am trying to do,” she adds.

On Saturday, March 19th, in honor of the new single release, Erica will host the POSITIVELY ME: Special Livestream Brunch Event With Erica Campbell And Friends. Tickets are available for purchase now at POSITIVELY ME. Also, on April 17th, Easter Sunday, Erica’s episode of the critically-acclaimed “Uncensored” on TVOne will be airing and through the UNCENSORED lens, viewers get an unfiltered perspective on the journey they have taken to achieve their dreams and pop culture fame. 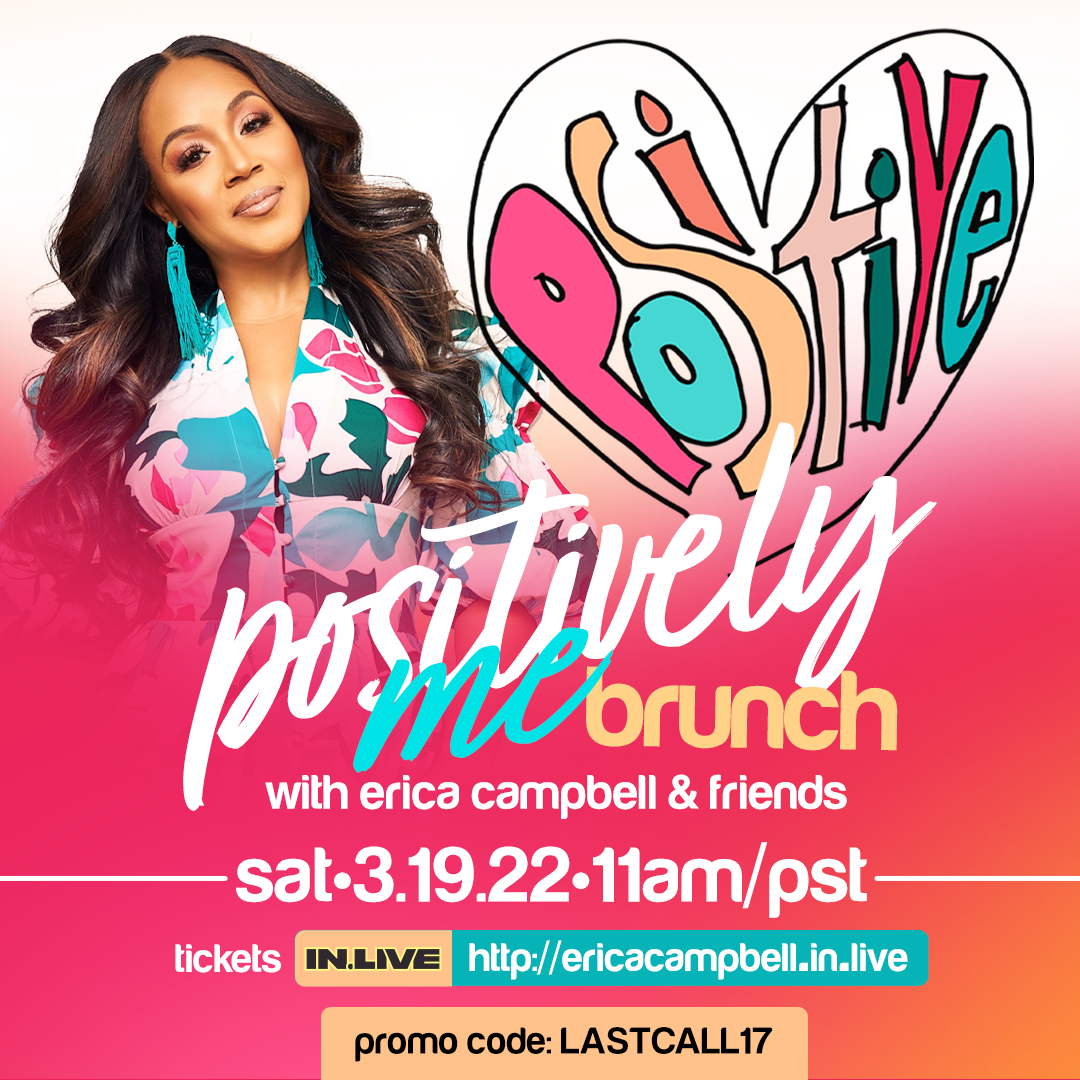