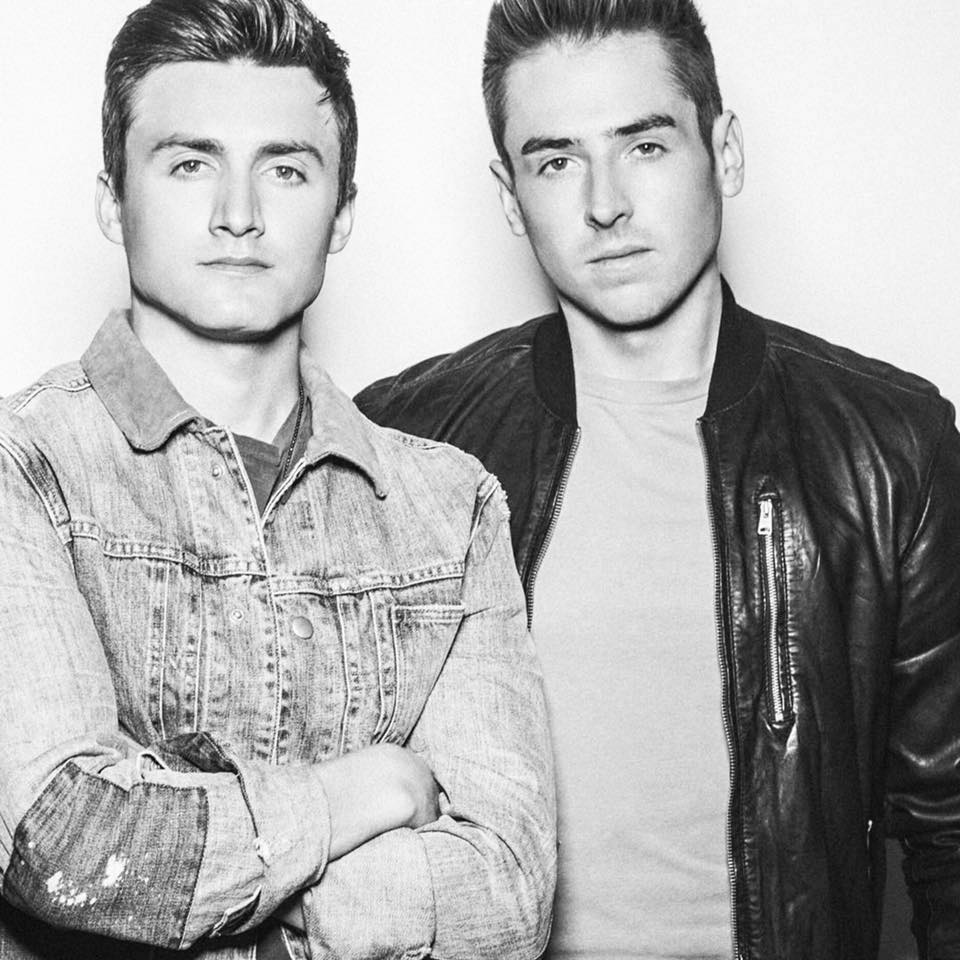 Resumes have never been a hallmark of the artist life (if only because managers have the one-sheets covered). For sessions players, music directors and background singers, however, track record means everything. Hayden Maringer’s and Sean Michael Murray’s read like a laundry list of successes—NCAA March Madness theme song, Demi Lovato music director, J Lo guitarist, a lead role in Rent and Green Day’s American Idiot production. They watched, firsthand, major operations take shape and massive stars spread their gospel. Lots of lessons merged to create a game plan when the two multi-talents came together.

Last year, with the guidance of former group member Josh Devine (One Direction), Evaride formed and quickly took flight. “Heartless,” their debut release, scored over three-million streams in no time. The pop rock follow-up, “What’s It All For?” dug deeper into the anxieties a life of creation can bring. Their next single, set to drop next week, showcases both earworm choruses and a northward moral compass: Maringer and Murray want to prove that building momentum without risking body and mind is more than a shot in the dark, that anything can happen when smart work meets hard work. Get to know the band breaking stigma with big hooks and everyday hustle.

Read the full interview at HYPEBOT