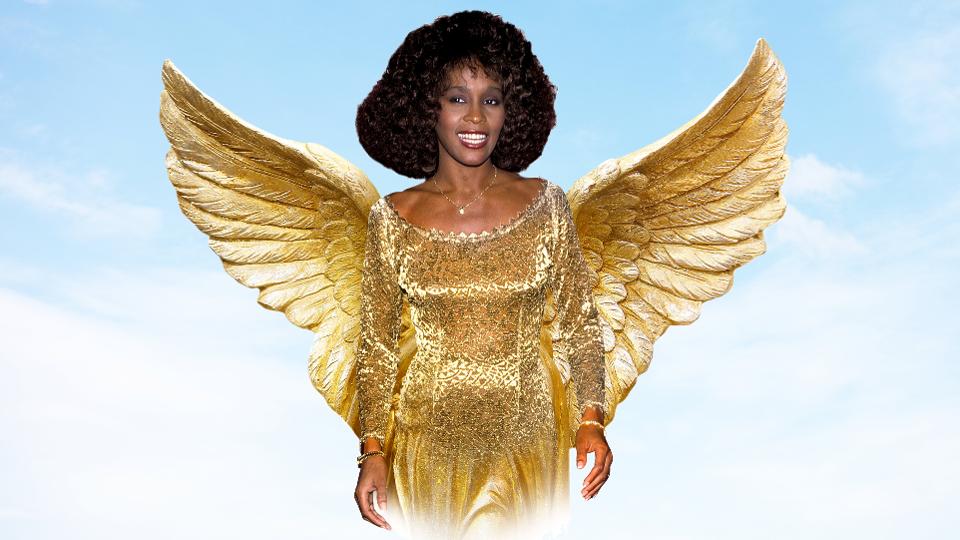 Steve Winwood’s “Higher Love” has popped up in my life more frequently than David S. Pumpkins at a Halloween funhouse. It became a staple of my youth after taking the Grammy for Record of the Year in 1986. In college, I sang it with my a cappella group at all our concerts (and used its lyrics to open an essay about Plato’s Symposium). My wife and I performed it with a group of our closest friends to cap off our wedding. It’s possible I’ve heard more people solo on “Higher Love” than Winwood himself.

So imagine my surprise this summer when, on a late-night road trip somewhere between the Rhode Island state line and a McFlurry pit stop, a ghostly and unfamiliar version of “Higher Love” floated across the car stereo. I’d soon learn it was Whitney Houston’s irresistible cover—released only as a bonus track on a Japanese version of her 1990 album I’m Your Baby Tonight—remixed nearly two decades later by DJ/producer Kygo. And it’s sparking a resurrection of sorts for a star who’s been gone for more than seven years.

“[‘Higher Love’] put Whitney Houston back in pop consciousness,” explains Larry Mestel, founder of music and marketing outfit Primary Wave, which purchased half of Houston’s estate for $7 million earlier this year. “The whole idea, for us, was to lead through music. So this is a great way to restart Whitney’s brand and do some very big things.”

Primary Wave’s infusion provides the bulk of Houston’s estimated earnings of $9.5 million over the past 12 months, launching the songstress to our list of highest-paid dead celebrities for the first time in her afterlife. And “Higher Love” has a great deal to do with the rest.

The song has already garnered gold certification in the U.S., Canada, the Netherlands, New Zealand, Switzerland and Germany while going platinum in the U.K. and Australia, and double-platinum in Ireland. Boosted by over 175 million Spotify spins, Houston clocked nearly 800 million streams in the U.S. over the past 12 months, up from just over 500 million in the year prior.

“She’s been gone for a few years, and when you do get something like [‘Higher Love’], it does reinvigorate a fan base,” says David Bakula, Nielsen’s Senior VP of Insight and Analytics. “Another great thing with access and streaming is that spark of the reminder of why you loved an artist can lead you down just endless consumption, endless rabbit holes.”

The story of Houston’s “Higher Love” begins with the decision to bury it on a b-side back in 1990 amid concerns from Clive Davis, her boss at Arista Records, that she’d be pigeon-holed as a cover artist. It resumes with Mestel, who knew the Houstons from his days at Arista and reconnected with them through mutual friends before buying into the estate.

Earlier this year, Mestel asked the Houstons to bring out any music left in the vault. “Higher Love” was one of four or five that grabbed his attention. While the vocals wowed Mestel, he thought the track itself sounded a bit dated. Seth Faber, a senior marketing executive at Primary Wave, suggested a remix by Kygo—who happened to be on RCA, under Sony’s Umbrella, just like Houston. So Primary Wave sent the record off to Kygo’s manager. The young producer sent back his remix a day later.

“It sounded like a big, a monster record. And RCA loved it,” Mestel told me. “RCA’s perspective was, ‘Hey, this is a big summer record … let’s go right to radio.’”

Within two weeks of the song’s late June release, “Higher Love” had ascended to No. 63 on Billboard’s Hot 100 while climbing singles charts around the globe. “The current cultural environment has been thirsty for something uplifting and inspiring,” Whitney’s sister-in-law and longtime manager Pat Houston explained to Rolling Stone. “Who better to inspire than Whitney, the most exhilarating vocalist of all time?”

For an encore, Houston will embark on a hologram tour in early 2020, starting in Europe ahead of tentative plans to tour the U.S. in the fall, further brightening the singer’s postmortem earnings prospects. “An Evening With Whitney” will feature dancers and a live band backing her biggest hits. And I, for one, plan to be there—singing every last word of this suddenly-more-familiar version of “Higher Love.”