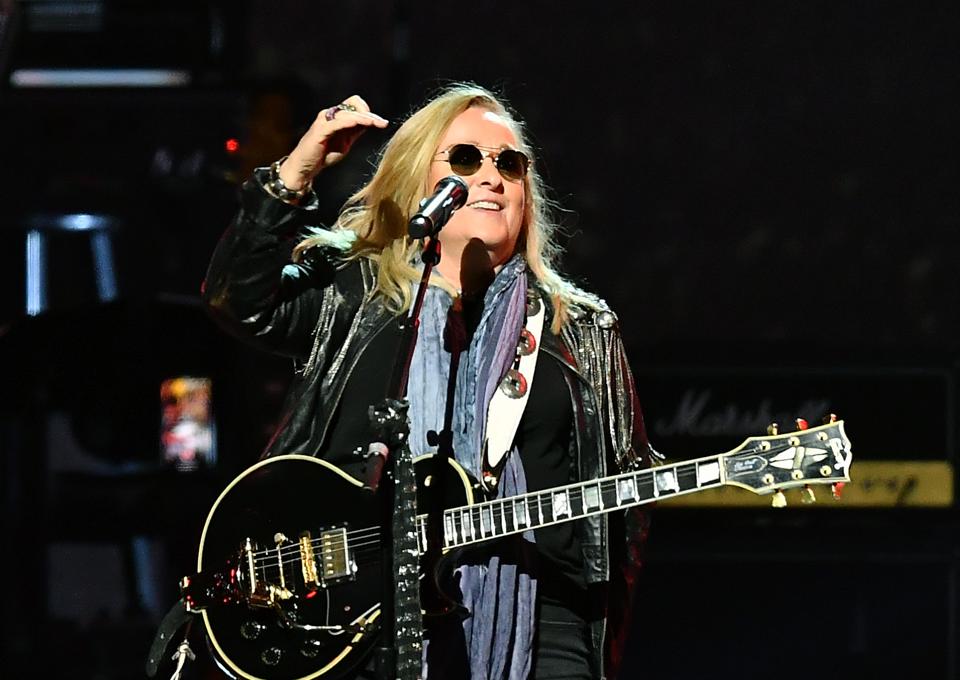 As musicians grapple with ways to earn a wage during the live music shutdown, Melissa Etheridge has found her groove with the new subscription-based Etheridge TV.

Since launching in June with a benefit show to honor the recent loss of her son to opioid addiction, the Grammy- and Oscar-winning artist’s performances from her keepsake-filled, kitted-out garage have amassed more than 1,000 subscribers who pay $50 a month for all access. Single show tickets cost $10.

The number of consistently paying followers speaks volumes about how artists these days should be thinking about optimizing relationships with their superfans. Even more telling, the lion’s share of Etheridge’s subscribers migrated from viewing free shows on Facebook FB -0.7%, where she’d played 58 consecutive concerts beginning in mid-March.

“We knew we would have to step it up to have people want to pay to see it,” she says. “Through our imagination, through our desire to entertain and inspire—this is what we’ve created. It gives us something to look forward to every day. We feel like we’re going to work, we’re contributing. And it also pays the bills. That’s pretty much the bottom line.”

Thus far the majority of viewers are on the monthly plan. More than 10,000 have signed up on the site, according to her manager, Deborah Klein of Primary Wave, which fronted part of the bill to bring in equipment.

“Conversion has been great,” Klein says. “On Facebook when we were doing concerts we averaged between 6,000 and 10,000 viewers. So we were able to take the maximum number of viewers and move them onto a completely new platform where they logged in and created a profile.”

With her bent for passionate performances and a wife, Linda Wallem, who’s a television professional, Etheridge is tailor-made for the live stream world. But her success can open a dialog among musicians of all ilks about new opportunities beyond the virtual tip jar.

“I did a Zoom call for MusicCares with some artists, Clive Davis was on it. We joined from our studio and when my wife went to the first camera angle the whole place was like, ‘What, you have two cameras?’ And I said, ‘Actually we’ve got seven but were only using three right now,’ “ Etheridge chuckles. “They definitely responded, but no one has reached out to me about it yet. It’s surprising.”

Etheridge did her first Facebook Live show March 16 and tested out a few paid shows via virtual event platform On Location Live in the spring. When the team realized they were in it for a longer haul than anyone anticipated, it was time to reevaluate their business model.

“First of all there was no way to monetize Facebook at the time except for these stars, and I didn’t want to do that,” Klein says. “The terms of service were not favorable to the artist.” (Facebook has since launched a mechanism for creators to charge for access to events, as well as a hub for licensed music videos.)

“We wanted to find a solution where we were in the driver’s seat and there wasn’t a middle man between the customer and Melissa,” she adds. “We were hearing a lot about Twitch and Patreon, but I wasn’t really satisfied about the way the monetization looked. And not only was it the percentage they were taking, but you were stuck on what their platform was, we wanted to have our own, and customize it.”

Maestro, Klein says, checked all the boxes for high-quality video and audio, live chat and flexibility. “A lot of these places are like, ‘You want to do five live streams a week?’ They can’t accommodate that. They are trying to dictate to us what’s going to work for them with everything they have going on.”

Etheridge spent a month migrating from her home office, where she’d staged her Facebook shows, to her newly curated garage studio. Visually, the space is a paean to her professional and personal life. Album covers and tour posters mingle with license plates and tapestries on the walls. And the room has morphed into an auditory powerhouse, currently housing seven cameras, a 32-channel Yamaha board, loopers, pedals, switchers and an arsenal of instruments—all of which she’s mastered during years on the road.

“I am the type of musician that can do this. I came from playing five nights a week in the bars, four hours a week. I know hundreds of songs, and I’ve gone on tour with a looping machine and played solo,” says Etheridge, who notes the experience has a tinge of nostalgia. “It does take me back to the ‘80s when I was playing in bars and trying to make it. That very organic feeling of, ‘I’m just going to do the best I can do, right here.’ ”

The Price Is Right

Klein says she determined the ticket price by balancing what fans paid for the On Location Live shows with the quantity and quality of Etheridge TV content.

“It’s not an exact science, but having price sensitivity and knowing the fans come from a broad range of socioeconomic backgrounds, and knowing the type of premium content we were going to offer… $50 for five shows a week felt like the right thing to do,” she says.

“I wish everybody could afford it. If they can’t, having people be able to gift subscriptions to others—that’s in the works. Maestro is constantly upgrading on the platform and taking direct feedback from us on things we’d like to see and bending over backwards to help us serve our fans and our community.”

At Etheridge TV, fans come for the music and linger for the community. The team loads in viewers 20 minute before show time—3pm PT, with replays of all shows except for the cover songs due to licensing restrictions—so they can roll in and begin communing.

“I see them all talking, making plans, exchanging personal information so they can connect again offline,” says Klein. She recently started scheduling watch parties so fans in different time zones can watch together.

“The connection and the community is so huge at this time when people are isolated and alone. That’s what they were saying on Facebook, that 3 o’clock was the best part of their day. That’s how I knew we were going to be able to convert people to a paid model.”

The virtual show also offers fan benefits not possible at a physical concert. “They’re in front row every time, and they really do enjoy it,” Etheridge says. “The most awkward time is when the song ends and it’s just my wife clapping in the corner. We have a good time. This format allows me to really take my time. Some of the songs are 15, 20 minutes long, and it’s this new kind of art form I’m really enjoying.”

The platform also facilitates the ability to schedule branded video, logos, sponsored chat moderation and calls to action—all with associated analytics. And team Etheridge is exploring all avenues.

“We have very specific backend information we can provide to brands. We know whether fans are coming in on mobile, a desktop, a tablet. Some of our fans are going out and buying or upgrading equipment so they can enjoy the concert on their TV. We’re talking about Fire Sticks and all kinds of stuff they never would’ve considered,” she says.

“It’s an older demo, not known as being very tech savvy, and they’ve really embraced it. And the retention is great, they are staying an hour for each show and we have such strong engagement.”

With all live-streaming systems go, future Etheridge TV iterations are already in the works. “I would love to have a real two-hour concert, a standalone event where we’d have a slightly higher ticket price and then, ideally convert to subscriptions,” Klein says.

“Even once we get back on the road we want to keep doing these live streams. A lot of Melissa’s fans live in secondary or tertiary markets where we don’t get to tour. A lot of them are older or immune-compromised or can’t afford to buy the ticket, pay for a babysitter and get in the car and travel. This is a very affordable option for people to get a front row seat.”

When she’s able to tour again, Etheridge envisions her streaming set-up coming along for the ride. “We don’t see an end, we see actually change and growth for this,” she says. “The way we have built this, it’s completely portable. When we have sold-out concerts, my wife can do her thing and we can stream the concert through Etheridge TV.”

Fans can expect some intimate at-home shows to continue as well. “It’s a plus, an add-on,” she says. “It helps sell tickets to concerts and in turn it gives me a way to reach my fans when I’m not in concert. I think it’s a win-win.”