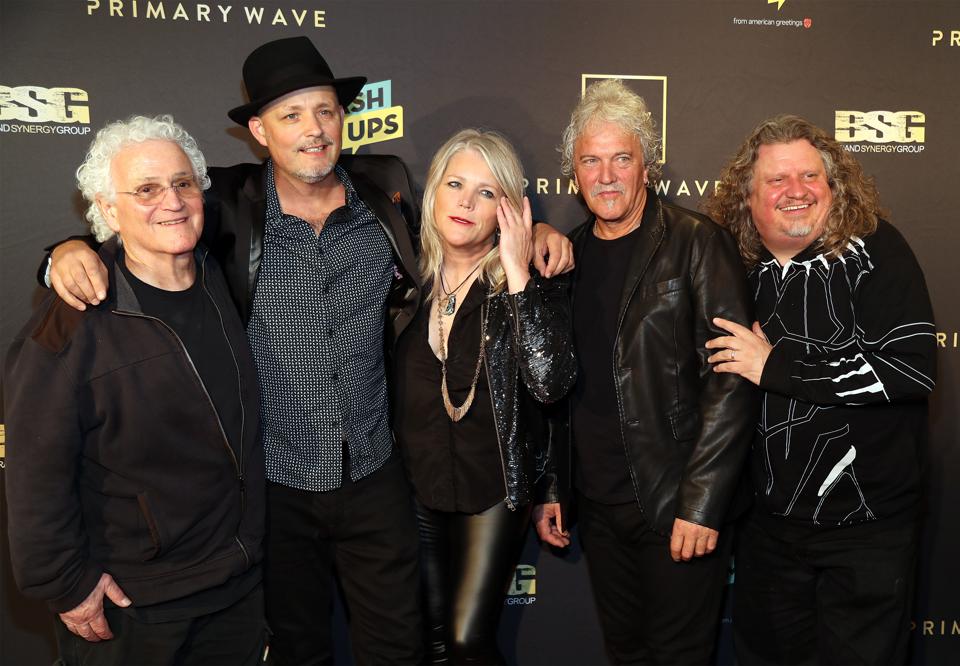 The members of Jefferson Starship are touching down for a live-stream conversation around their new album “Mother of the Sun” in conjunction with the Rock & Roll Hall of Fame.

The event, which is free to the public, will stream at 7pm ET Friday, Aug. 21—the album’s release date—at rockhall.com and on the museum’s Facebook page. The Starship celebration also will feature acoustic performances of new and classic songs, and is a harbinger of more online events to come from the Rock Hall as it anticipates its 25th anniversary next month.

“We’re looking to do a lot more with artists,” says Jason Hanley, the hall’s VP of education. “Rock’n’roll is always about community, about people coming together. And if we can’t do that here in this building, we can put a lot of energy into how to we do that online.”

The online ramp-up comes at an auspicious time. The museum was dedicated on Sept. 1, 1995, and its anniversary sits squarely in the midst of a pandemic. Although in June it reopened to limited capacity, the Rock Hall also began to pivot, sharing rare and unreleased archival footage on its YouTube page. Beginning in the fall, the hall will host live events at least once a month featuring inductees and other artists.

“Our inductees are not on the road right now. Usually they’d be visiting us in Cleveland, but we’re going to find ways to tell their stories through the Internet because that’s what we’re all about.”

The seven-song “Mother of the Sun,” Jefferson Starship’s first collection of new music in 12 years, offers plenty of fodder for discussion.

First single “It’s About Time” was co-written by former band member and iconic front woman Grace Slick. The album marks the first time the band’s current incarnation, which includes Jefferson Airplane co-founder David Freiberg, has written together. It also features former band bassist Pete Sears on three songs, and notably was conceived as a tribute to founding member Paul Kantner, who died in 2016.

“After Paul passed away we decided we wanted to make a new record dedicated to him,” says current lead vocalist Cathy Richardson. “A few months later, we got together at David’s house and asked Paul’s spirit to guide us.”

The first song to emerge was “What Are We Waiting For?,” an ode to an oft-repeated quip by Kantner the band expanded into an anthem. They’ll debut the accompanying video, which features a psychedelic space segment that ultimately morphs into a scene of marchers at a protest, at Friday’s virtual event.

“We started singing it, and it felt like a rallying cry,” Richardson says. “The first verse is very Paul-inspired, very existential, and then the second verse is more of a protest. We wrote it in 2016 and it’s amazing how timely it is today with everything going on in our society. I think he’d be really proud.”

Richardson decided to play the song for Slick, who penned the enduring 1967 hit “White Rabbit” among others—a move that set in motion Slick’s return to writing for “It’s About Time,” the new album’s first single.

“I played it for her and she cried. She loved it so much,” Richardson says. “Then the same day, this was early 2017, we were watching the women’s marches on television and she was getting so inspired, saying it was like the ‘60s. And I said we should write an anthem about the women’s movement. A lot of us were and still are very pissed off about the 2016 election.

“A couple months went by and then I got this envelope in the mail and it was three hand-written pages of lyrics from Grace Slick. And I just carried them around with me for a while, like gold. I didn’t want to tell anyone. I wrote the chorus right away and then [guitar player Jude Gold] played that riff and I thought, ‘I can marry this with the lyrics.’ And that’s how the song was written.”

Hanley, who’ll serve as moderator for the event, says stories about the new album will serve as the centerpiece of his interview, but the conversation will extend well beyond.

“We’ll be talking about some of the artists who’ve influenced them, and some key songs they’ve listened to by other artists,” he notes. Also on the agenda: Discussions about carrying through the band’s original vision, and what it’s like to put out an album in this most unusual year.

“It seems magical every time we get together,” says Freiberg of the project, which was recorded at Prairie Sun Recordings in Northern California. He notes the band members for some time had been wanting to write and record together.

“The thought was, ‘When would we ever have time to do that?’ Because we were playing and touring all the time, and you can’t seriously write music when the only time you’re together when you’re not playing a show is at sound check,’ he says.

The Starship live stream is the first of its kind for the Rock Hall, which has been stepping into the virtual realm. Earlier this month it hosted a conversation with induction ceremony photographer Kevin Mazur and band leader Paul Shaffer, and it also invited a takeover of its Instagram account by Chuck D. of Public Enemy and B-Real of Cypress Hill and Prophets of Rage, to launch its social justice exhibit “It’s Been Said All Along: Voices of Rage, Hope & Empowerment.”

But it won’t be its last. “We’re planning a lot of special events and interviews that allow people around the world to connect to this art form and this museum and the history we tell here,” Hanley says. With a digital format, fans “are in the virtual room with the artists, getting to ask questions, no matter where you are. There’s a lot of excitement around this.”

To kick off its anniversary year, the hall in September will debut a virtual exhibit that tells its story through music fans. “A few months ago we started asking for fans to share their memories from the last 25 years,” Hanley says. “It could be a trip here to the museum, or the band that, when they got inducted, was that incredible moment for you. We’ll be sharing a whole bunch of these fan-produced videos.”

Speaking of Rock Hall inductions, after initially being postponed this year’s ceremony will come in the form of an HBO special slated to air Nov. 7. Depeche Mode, the Doobie Brothers, Whitney Houston, Nine Inch Nails, Notorious B.I.G. and T-Rex comprise the class of 2020. Jefferson Starship precursor Jefferson Airplane was inducted in 1996.