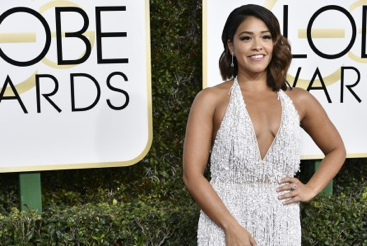 Jane the Virgin star Gina Rodriguez has signed an overall deal with the studio behind the CW dramedy — recently renewed for next season– CBS TV Studios.

Under the multi-year pact, Rodriguez will develop projects for network, cable and streaming platforms through her I Can and I Will Productions, named after her father’s mantra, which Rodriguez has shared in speeches.

Rodriguez, who has been a strong proponent of diversity, will continue her efforts though I Can and I Will Productions, which has hired Emily Gipson as development executive.

In the company’s first move under the overall deal with CBS TV Studios, Rodriguez has optioned the German format Dr. Illegal.

The first production for I Can And I Will Productions was The Young Women Honors, launched on the CW in December 2016.

Rodriguez is currently working on a book encompassing all of the lessons she has learned from her father, Genaro Rodriguez. The book titled, “I Can And I Will: Tools My Daddy Gave Me,” is expected to be released in 2017 through CBS Television Studios’ sister company, Simon & Schuster. Rodriguez won the Golden Globe for Best Comedy Actress for her role in Jane the Virgin, currently in its third season.

I Can And I Will Productions is repped by Primary Wave and APA.