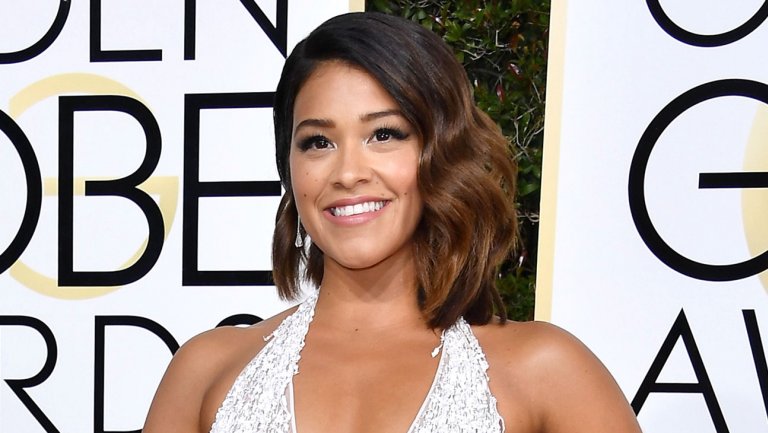 Gina Rodriguez’s production banner is ramping up for development season.

The Golden Globe winner has sold immigration dramas to CBS and The CW through her I Can & I Will Productions shingle, The Hollywood Reporter has learned.

At CBS, Mercy is based on the German format Dr. Illegal. The hourlong follows a Latina doctor unable to practice when she immigrates to Miami who begins work as a nurse’s assistant, but risks everything when she opens a makeshift clinic in her apartment to serve the community.

Queen of the South co-executive producer Dailyn Rodriguez will write the script, and exec produce alongside Intrigue Entertainment’s Tariq Jalil and Lucas Carter, as well as Gina Rodriguez and her producing partner Emily Gipson. CBS TV Studios will produce.

Dailyn Rodriguez’s credits include The Night Shift, The Glades and Lie to Me. She is repped by Rothman Brecher Ehrich Livingston and Jackoway Tyerman.

At The CW, the light hourlong Illegal centers on 16-year-old Rafael, a charming but bumbling high school student just trying to survive puberty. But when this all-American teenager discovers that he is not American at all, his perfect honor roll world is turned upside down.

Jane the Virgin scribe Rafael Agustin will write the script and co-executive produce, with Rodriguez and Gipson attached to exec produce. Agustin, a Sundance Episodic Story Lab Fellow, is also known for co-writing the acclaimed autobiographical play N*ggerWetb*ck Ch*nk. He is repped by APA and attorney Jordan Simon.

Mercy and Illegal join two projects already in development at I Can & I Will Productions. The first, a series reboot of the Steve Martin-Sarah Jessica Parker film LA Story, hails from Alison Rosenzweig (Windtalkers) and Michael Gaeta (Fright Night) of Gaeta Rosenzweig Films. The second, a drama based on Richard Fifield’s 2016 novel Flood Girls, written by Jane the Virgin grad Corinne Brinkerhoff and exec produced by Drew Barrymore’s Flower Films.

Set up at the start of 2017, Rodriguez’s I Can & I Will Productions aims to tell stories from underrepresented voices. The banner is repped by APA, Primary Wave Entertainment and attorney Karl Austen.

In addition to her producing efforts and her starring role on Jane the Virgin, which is heading into its fourth season, Rodriguez is writing a book titled I Can & I Will: Tools My Daddy Gave Me and has also established the We Will foundation, designed to focus on arts education and scholarship funding for the less fortunate, with the aim of empowering young woman.

Mercy is one of two immigration-centered projects set up at CBS. The network is also developing a multicam comedy, Welcome to Maine, about a ninth-generation Maine family and a recent immigrant and his daughter who all must learn to embrace change when they share the same workplace in a small rural town.

Immigration has been a hot topic in the wake of the Trump administration’s decision to “wind down” the DACA program that protects hundreds of thousands of young immigrants brought into the country illegally as minors.

Immigration and citizenship has also become a popular story point on several returning series, including Rodriguez’s CW comedy Jane the Virgin, as well as Fresh Off the Boat and Superstore, among others.