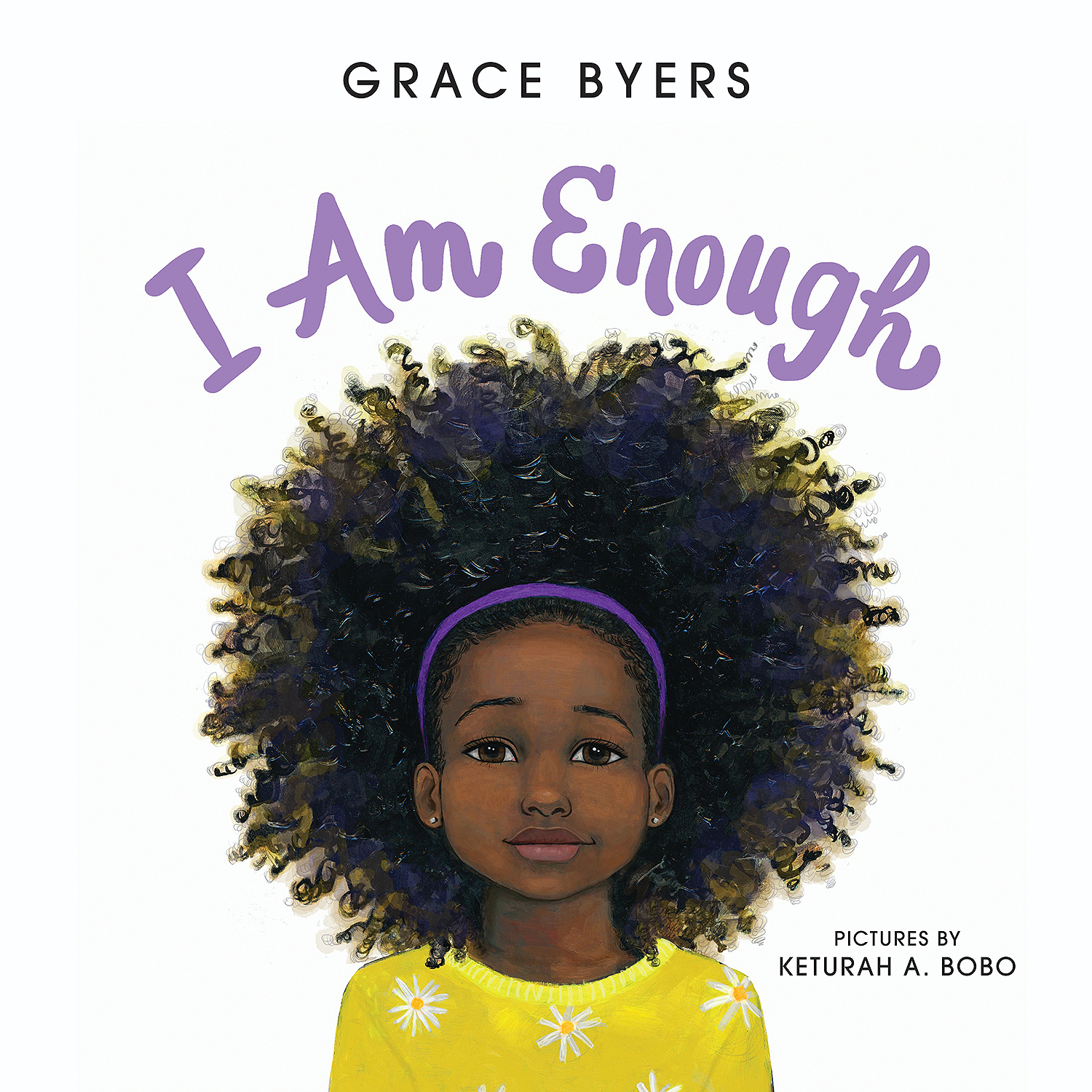 She goes toe to toe (and sometimes blow to blow) with Taraji P. Henson on Empire, but in reality, actress Grace Byers couldn’t be more different than her TV character Anika Lyon.

Instead of noisy bluster, the actress, 32, prefers the hard-fought quiet confidence she has after overcoming childhood bullying. Growing up with deaf parents, Byers, who was raised in the Cayman Islands, recalls early classmate questions like, “‘Why does your mom sound like that? Why does she talk with her hands? Why can’t she hear?’” That lead to taunting, Byers says. “Kids lashed out. That was a very difficult time and it was hard for me to assimilate to the fact that I was coming from a deaf culture household.”

“I remember being very angry with my mother and wanting her to not sign so largely in public or when she spoke, not make so much noise because she sounded differently from everybody else.”

Now Byers is sharing the lessons she learned from that experience in a new children’s book called I Am Enough, collaborating with artist Keturah A. Bobo. The idea came when a literary agent asked her, “If you had a message for your eight-year old self, what would it be?” Byers responded, “I really think that I would tell her that she’s enough.”

Byers credits her mom with teaching her to stand up to bullies. “I’m so grateful that my mother was so adamant in being like, ‘No, this is who I am and I can’t change that and people are gonna have to accept that,” she recalls. “Her indomitable spirit was amazing and really inspired a strength and calmness as I continued to grow.”

The real change came in her late 20s, after a serious car accident left Byers bedridden for two weeks. She says, “I realized I had the gift of being alive. I felt like ‘Wow, I’m here for a reason. We are worthy, we are enough, because we have been given life.’ That was a turning point.”

These days her biggest champion is her husband and costar Trai Byers, who she married in April 2016. “I’m gonna go ahead and boast about him,” she says happily. “He’ll say, ‘Grace, you are more than enough. You are talented, you are powerful, you can do anything. I believe in you.’ I just feel like he’s love personified truly.”

I Am Enough, published by Balzer + Bray, an imprint of HarperCollins, is set for release March 6, 2018.