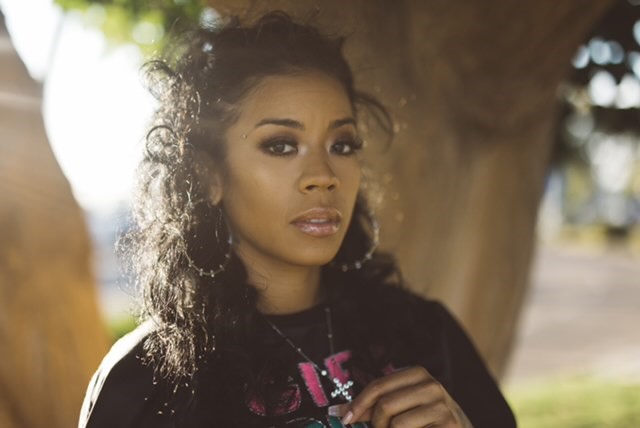 In addition, Keyshia has also entered into a new recording deal with BMG. Cole has already begun writing and will re-unite with A&R executive and producer Ron Fair for her next album. Fair signed Keyshia Cole to her first recording contract. The two worked together on four album cycles during Fair’s tenure as President of A&M Records and Chairman of Geffen Records under Jimmy Iovine. Their partnership led to three multi-platinum albums and numerous #1 singles.

“I am truly blessed to continue my journey with a whole new team of believers,” says Keyshia. She continues, “My new label partner- BMG – with Tim Reid leading the charge; my new management – Primary Wave under the direction of Steven Greener, and I’m beyond happy to be reunited with my musical father Ron Fair, who believed in me from the very beginning. Moving beyond our own footsteps, humble and aware of the shoes we need to fill!”

“We are thrilled to have Keyshia join the Primary Wave family,” said Steven Greener, Head of Talent Management at Primary Wave Music. He continued, “She is an extraordinary artist who has pushed the envelope throughout her career in music and on television. We are looking forward to a lengthy future together.”

“One hundred percent of my heart and soul, and everything I have learned in my 40 year career is dedicated to helping Keyshia Cole continue to sing her life story into the hearts of her fans,” says Ron Fair. He goes on, “The two of us have a magic combination in the studio. I’m thrilled about our reunion.”

Keyshia Cole is known for her raspy alto voice and intensely expressive performance style. Cole is one of the most successful R&B singer/songwriters to emerge in the 2000s. Her major label debut was released in 2004 when she was just 21. Keyshia co-wrote several hits, collaborating with Kanye West on her first chart hit – “I Changed My Mind.”   That debut album went Platinum and spawned back-to-back hits with “I Should Have Cheated” and “Love.” Having grown up in Oakland, she knew life wasn’t all glitter and gold, and applied that inner-city viewpoint to her work.  Her BET hit reality show “The Way It Is” aired for two successful seasons. Her double platinum sophomore album came in 2007, topping the Billboard charts with the number one single “Heaven Sent.” The album and its two biggest singles were nominated for 4 Grammy Awards. A year later she released her third album and once again, had a smash on her hands. She debuted in the top five on Billboard’s Top 200 and had multiple Top 10 singles on the R&B chart. In 2010 she released her fourth studio album, which also debuted in the top ten on the Billboard charts.