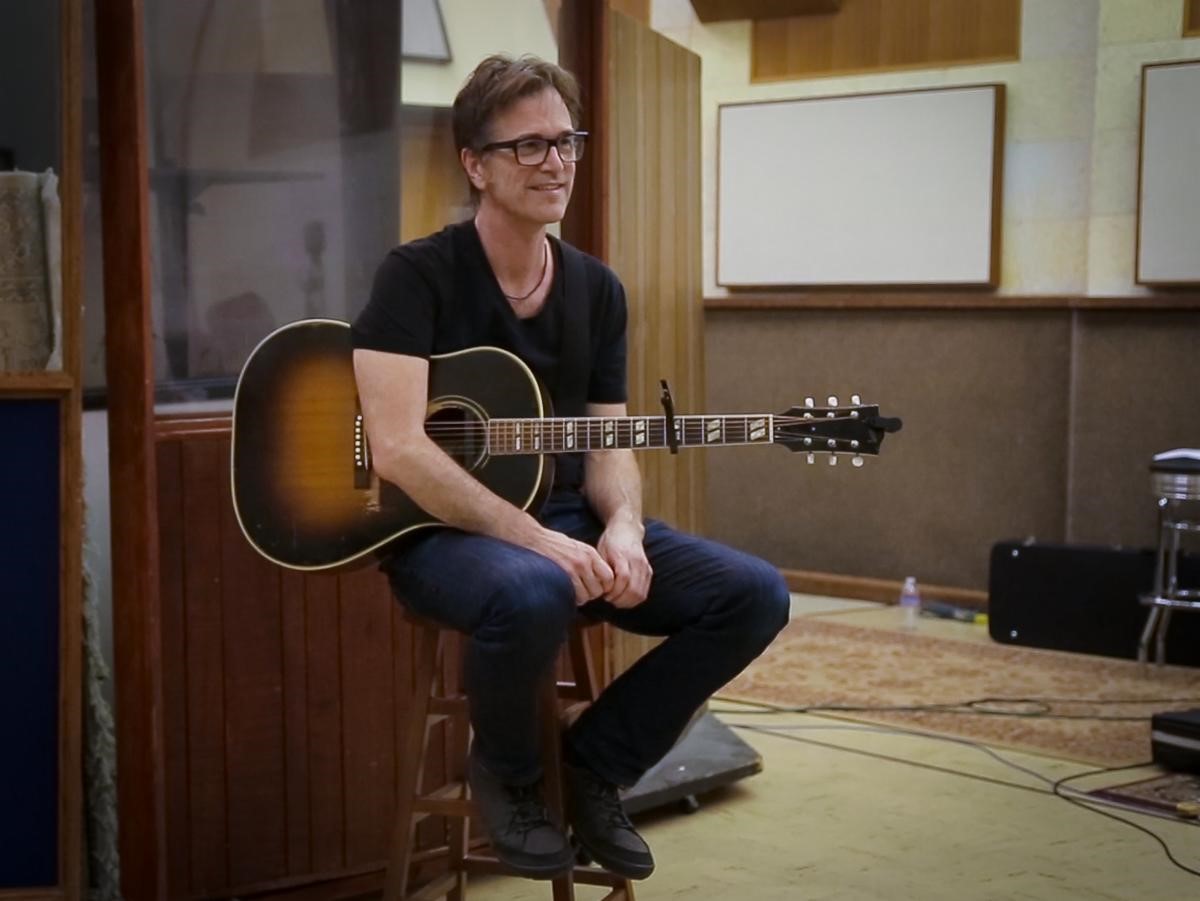 INCLUDED IN THE DEAL ARE SOME OF HIS BIGGEST HITS SUCH AS “SOMEONE LIKE YOU,” “ONE AND ONLY,” “NOT READY TO MAKE NICE,” AND “CLOSING TIME”

“He is brilliant, and he’s a thoughtful songwriter.”

NEW YORK, N.Y. (January 7, 2021) – The music-publishing catalog of the Award-winning songwriter Dan Wilson is the latest acquisition for Primary Wave Music Publishing, the leading independent publisher of iconic and legendary music in the world. Terms of the deal include some of Wilson’s biggest hits – three from British sensation Adele, “One and Only,” “Don’t You Remember” and her smash single “Someone Like You,” which was a Top 10 hit around the world, going number 1 in the U.S., U.K., Ireland, Australia, and New Zealand. Adele also won a Grammy for Best Pop Solo Performance for “Someone Like You” and while accepting her award she said, “I want to thank Dan Wilson, who wrote this song with me. My life changed when I wrote this song and I felt it before anyone even heard it.” Dan’s producer credit on Adele’s 21 also earned him a Grammy for Album of the Year.

The agreement with Primary Wave also includes his co-writes on six of the songs from Taking the Long Way from The Chicks, which features their hit single “Not Ready to Make Nice.” The song earned both Wilson and the band the Grammy for Song of the Year in 2007. The acquisition also encompasses all of the hits he’s written throughout his career which include songs recorded by Taylor Swift, John Legend, Dierks Bentley, P!nk, Josh Groban, Chris Stapleton, Leon Bridges, and many others, as well as his material for his critically acclaimed band, Semisonic. “Closing Time” is among those songs and is probably the band’s most well-known hit. The song spent 13 weeks at number-one on the Modern Rock chart in 1998 and went on to receive a Grammy nomination.

“The musical art that Dan has created as a songwriter is undeniable,” says Justin Shukat, President of Primary Wave Music Publishing. He goes on, “His work has been enjoyed by fans around the world through both the lens of his own band, Semisonic, as well as through the voices of the countless artists he’s collaborated with and written for. We are honored and thrilled to have him join Primary Wave.”

Matt Herzfeld, Associate Director of Creative for Primary Wave Music Publishing added, “From ‘Closing Time’ to ‘Someone Like You,’ Dan Wilson’s honest and original songs have been the soundtrack for the highs and lows of so many lives around the world. We could not be more honored to be working with a writer of such universal esteem as Dan and we look forward to sharing the beauty of his words and music with generations to come.”

A native of St. Louis Park, MN, Dan Wilson attended Harvard University where he studied visual arts. While at Harvard, he began collaborating with his brother and played in two bands – Animal Dance and the Love Monsters. After graduating, Wilson pursued his interest in drawing and painting, first in San Francisco and then in Minneapolis. In 1987, he joined the band Trip Shakespeare and ultimately released three albums. After taking a break from the band in 1992, he continued collaborating with his brother, releasing two live albums. Soon after, a trio by the name of Semisonic was formed. The band would go on to release three full-length albums, one EP, and this year returned with the EP You’re Not Alone, their first new music in 20 years. Their debut album received critical acclaim, but it was the 1998 release of Feeling Strangely Fine that would bring the band international acclaim. Powered by Wilson’s song, “Closing Time” and the follow up singles, “Singing in My Sleep” and “Secret Smile,” the album went on to attain platinum status, with “Closing Time” receiving a Grammy nomination for Best Rock Song. Dan also released three solo albums, Free Life, Love Without Fear, and Re-Covered. In 2018, he announced he would begin releasing new music but rather than organizing an album, he would instead release each song over time as monthly singles.

As a songwriter and producer Wilson has collaborated with a number of artists. Two of these collaborations earned him Grammy Awards. His songwriting resume includes The Chicks’ “Not Ready to Make Nice,” Adele’s “Someone Like You,” Taylor Swift’s “Treacherous,” John Legends’ “You & I (Nobody in the World), Chris Stapleton’s “When The Stars Come Out,” Weezer’s “California Kids,” and more.