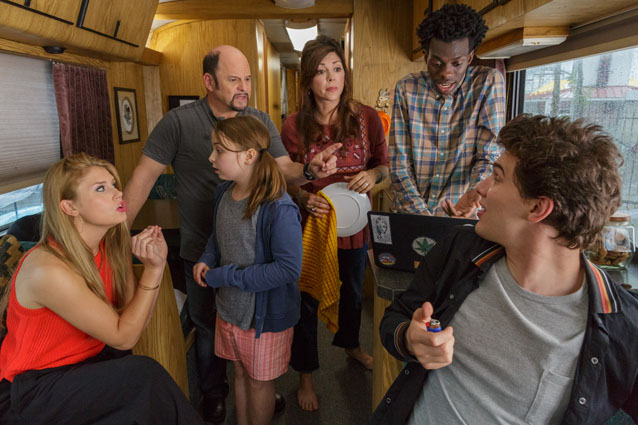 Amy Pietz (The Office), Natalie Sharp (Live Like Line), Nick Marini (Summer of 8), Tim Johnson Jr. (Fist Fight) and Maddie Dixon-Poirer (Hell on Wheels) will join Alexander in the 10-episode series set for release on AT&T Audience Network in the U.S. this fall.

Co-created by Alexander, Emmy-nominated comedy writer Peter Tilden and British screenwriter Dean Craig (Death At A Funeral),Hit The Road is about the greatest family band you’ve never heard of – yet! This chaotically dysfunctional family of would-be rock/pop stars traverse the country in a cramped tour bus sacrificing privacy, comfort and dignity while in search of fame and fortune. Struggling to navigate their lives and relationships while juggling what’s best for the family versus what’s best for the band, they invariably end up making very unfortunate decisions. Yet nothing will stop them from claiming their rightful place in pop history.

Alexander stars as family patriarch Ken Swallow. Pietz is Maggie, the bohemian, unorthodox mom. Sharp plays Ria, the supremely talented diva who has her sights set on stardom. Marini portrays Sam, the impulsive and endearing son who aims to please. Johnson is Jermaine, the smart, slightly neurotic adopted son who seeks stability more than anything else. Dixon-Poirier plays Casey, the youngest sibling and the moral compass of the family.