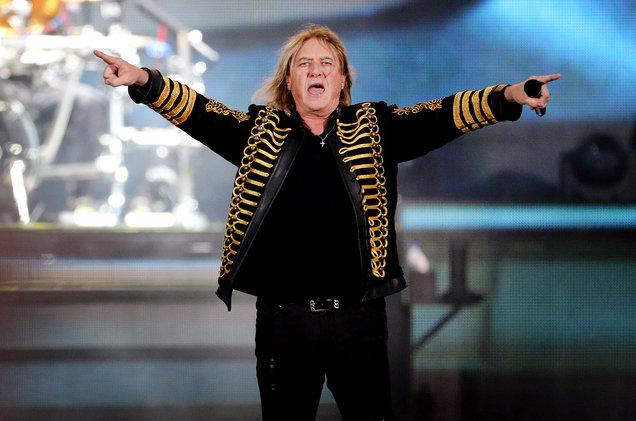 Journey and Def Leppard have been on a co-headlining trek all summer, and the second leg of the outing, which spanned from July 1 to July 28 and reported 17 shows, has now topped Billboard’s Hot Tours list.

According to Billboard, in the reported period the tour grossed $30,384,259, with the two bands playing in venues ranging from 8,500-seat arenas to 45,000-capacity baseball parks. The largest show was a sold-out date at Denver’s Coors Field on July 21.

Earlier this year Journey guitarist Neal Schon spoke to Guitar World about his formative days playing guitar, and how he got into the blues. Neal recalled:

“My dad bought me my first record, which was The Beatles’ Rubber Soul, and I was already listening to them on the radio, amongst everything else that was on the radio. There wasn’t a lot that I was really digging. My mom was always playing and singing too, they were always playing jazz around the house. It was either Ella Fitzgerald, Duke Ellington, Miles [Davis], all those old greats. I started listening to Wes Montgomery, Larry Coryell, John McLaughlin. All of the sudden, I was playing blues and really understood it and got deep in it.

“I loved Michael Bloomfield from the Bay Area here, as well as B.B. [King], who I met with Elvin Bishop. That was my first big show, at the Fillmore West. I had been playing with Elvis Bishop for about a year at the old Keystone Korner in San Francisco. One night he goes, “You know, I’m going to take you for a treat tonight and we’re going to go to Fillmore West. We’re going to jam with B.B., I’m going to introduce you to B.B.” Bill Graham was there, I met Bill Graham that night.

“All of the sudden, I’m up on-stage, looking out, and B.B.’s on the right, and it comes time when he goes, ‘Let’s see what this little sucker has.’ (laughs) I had studied him, you know? His vibrato, his choice of notes, and he’d play a riff instead of [something else). A lot of guitarists try to upstage, and it really comes off as kind of stupid. I said, ‘I’m going to pay due respect to him. When he plays me a riff, I’m gonna play it back and add a little something.’ He had a big smile on his face and it went back and forth for about five minutes. We remained friends after that, and the same with Albert King after that. I played with Buddy Guy in Chicago at his old club, with Junior Wells, and a host of other blues artists.”

The Journey/Def Leppard tour continues tonight in San Antonio, Texas, and wraps in L.A. on October 6. For the full remaining itinerary, see below.