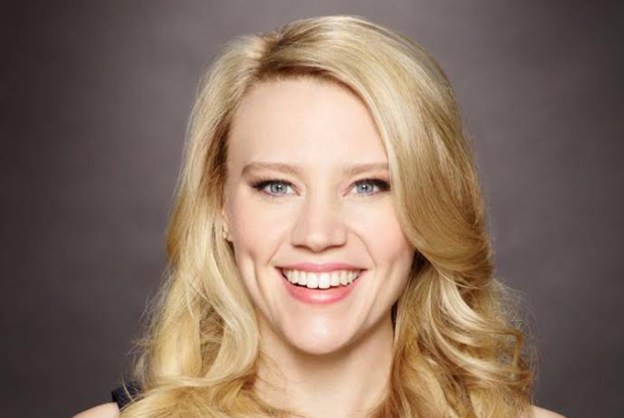 Kate McKinnon has been set to play the title role in The Lunch Witch for Amblin Entertainment.  Based on the Deb Lucke’s YA novel, the comedy will be directed by Angry Birds co-helmer Clay Kaytis, who’ll make his live-action directing debut. Michael De Luca is producing. This comes as McKinnon opens Friday in the Amblin/Paramount ensemble comedy Office Christmas Party.  Named to the Saturday Night Live cast in 2012, McKinnon has been risen quickly, winning an Emmy earlier this year, and most recently playing presidential candidate Hillary Clinton and President Elect Donald Trump’s campaign manager Kellyanne Conway.

It will be intriguing to see what she does with The Lunch Witch, as Grunhilda. For generations and generations, the women in her family have stirred up trouble in a big, black pot. Grunhilda inherits her famous ancestors’ recipes and cauldron, but no one believes in magic anymore. Since her only useful skill is cooking up potfuls of foul brew, she finds herself uniquely qualified to hire on as school lunch lady. Grunhilda delights in scaring the kids until she meets a timid little girl named Madison with a big set of glasses who becomes an unlikely friend. Madison needs help at school and at home, but helping people goes against everything Grunhilda’s believes in as a witch. Will she stir up trouble with her brood?

Prior to Angry Birds, Kaytis worked as an animator on such films as Frozen, Tangled and Wreck-It Ralph. Angry Birds took flight with a $346 million worldwide gross for Sony. De Luca Productions’ executive Johnny Pariseau is an executive producer. McKinnon, who starred in the Ghostbusters ensemble and has Rock That Body coming next, is repped by Principato-Young, UTA and Hansen, Jacobsen, Teller.