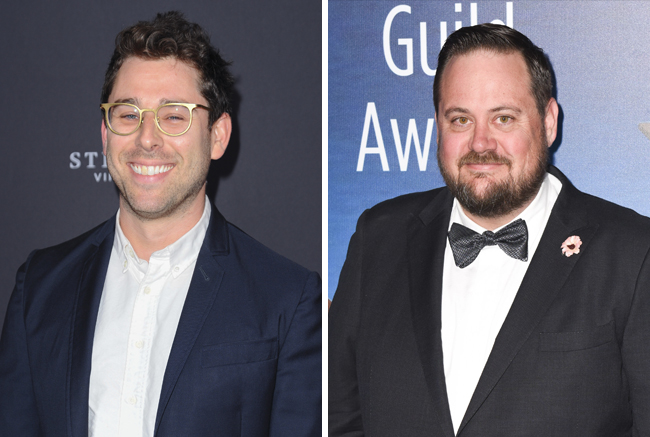 Micah Fitzerman-Blue and Noah Harpster, the duo behind Blue Harp, have officially signed a first-look deal with Amazon Studios for TV. This continues their relationship with Amazon as they have been working on Transparent since the first season, recently wrapping the fourth as consulting producers.

In addition to Transparent, Fitzerman-Blue and Harpster created, wrote and executive produced the pilot, The Legend of Master Legend for Amazon. Starring John Hawkes, the James Ponsoldt-directed comedy is based on Joshuah Bearman’s Rolling Stone article about real-life superheroes, centering on Master Legend (Hawkes), a man who tries to defend justice and defeat wrongdoers on the Las Vegas Strip.

The pair is also bringing an adaptation of Jess Walter’s novel Beautiful Ruins to the big screen with Sam Mendes producing for Fox 2000. Their feature You Are My Friend is set up at Big Beach Films, with Youree Henley and Blue Harp producing.

Most recently, the duo worked on  the forthcoming Walt Disney Pictures fantasy pic In The Land of Imagined Things. Harpster also starred in another Amazon series, One Mississippi alongside Tig Notaro.