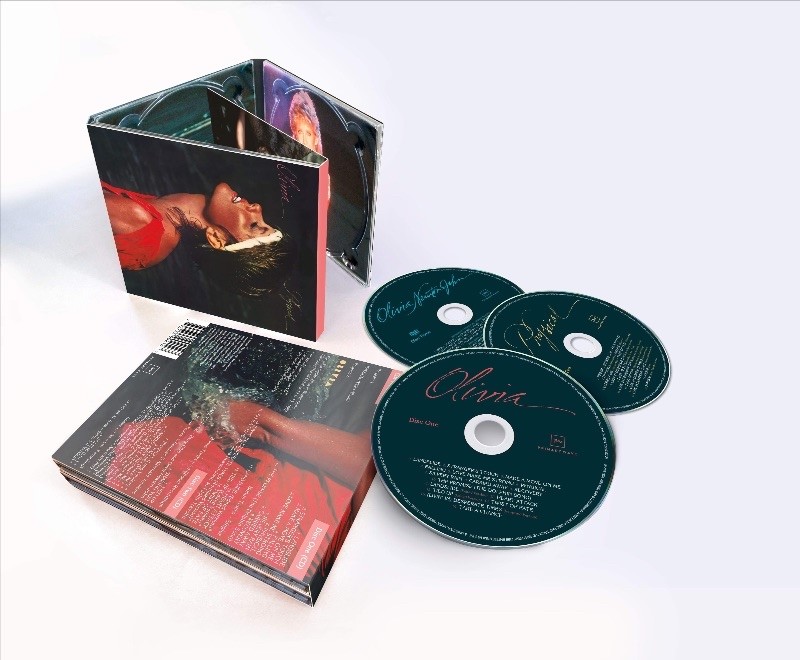 Let’s get Physical – AGAIN! Four-time Grammy Award-winner, Dame Olivia Newton-John is proud to release a “Deluxe Edition” of Physical in celebration of the album’s 40th anniversary of its original release in October 1981. This deluxe CD & DVD edition will not only feature the original hit album fully remastered but, the 31-track collection also features bonus tracks, remixes, and live recordings. In addition, it will feature the iconic pop star’s two video collections – the Physical video album – which won the Grammy Award for Video of the Year – showcasing music videos for each of the album’s timeless tracks – a first for of its kind, as well as the full Olivia: Live in Concert Grammy-nominated television special which features exclusive heart-pumping footage of the star performing her hits. The CD/DVD collection will be released via Green Hill Productions, a subsidiary of Primary Wave, on October 22 and will be available for pre-order today, September 24. In addition, a limited-edition vinyl release of the original album set for release in Spring 2022 will also be available for pre-order today, September 24.