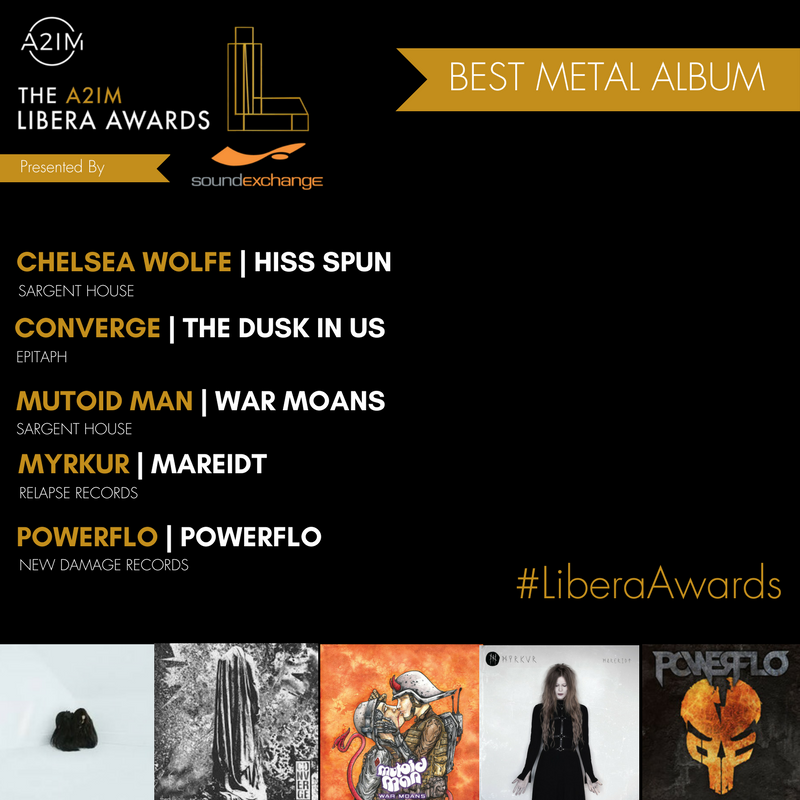 From outstanding artists and labels to mesmerizing live acts and groundbreaking music videos, the Libera Awards provide an opportunity for the independent music community to come together to celebrate the accomplishments of their peers. This year’s lineup of nominees features artists and music that are just as remarkable and diverse as ever, with rock & roll pioneer Chuck Berry leading the pack with a posthumous Album of the Year nomination for his final album, Chuck. Other artists that are nominated this year are Deer Tick (Partisan Records), Powerflo (New Damage Records) and Independent Champions, SoundExchange and Merlin.

Billy Graziadel of Powerflo responded to their nomination for Best Metal Album by saying: “Psyched for this honor but what d’ya mean, we’re a hip hop band!” Sen Dog adds – “F*ck that, we’re METAL!”