Primary Wave is proud to welcome Julian Casablancas of The Strokes to our music publishing family!

Read the official press release below, as well as the Rolling Stones exclusive HERE. 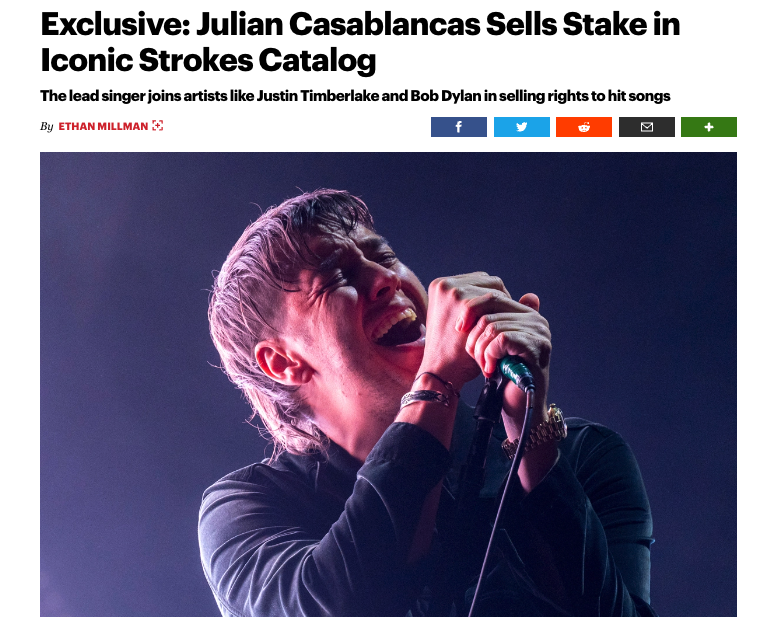 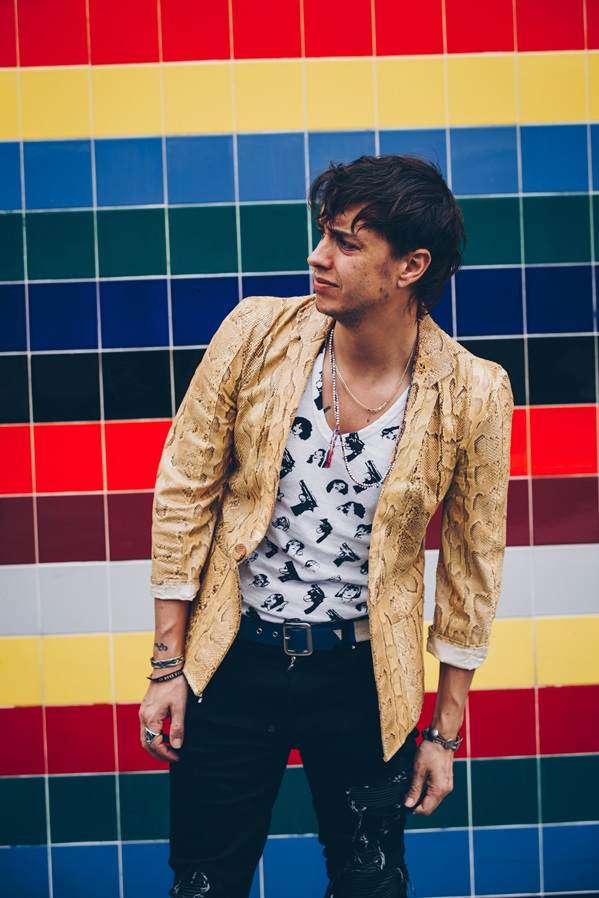 THE MUSIC PUBLISHING CATALOG AND MASTER ROYALTIES OF JULIAN CASABLANCAS, LEAD SINGER OF THE GRAMMY-WINNING

BAND THE STROKES, IS THE LATEST ACQUISITION FOR

“HARD TO EXPLAIN,” AND MORE

New York, NY (June 6, 2022) – Primary Wave Music, the leading publisher of iconic and legendary music in the world, has announced today they have finalized an agreement to acquire the music publishing catalog of Julian Casablancas, lead singer of the critically acclaimed rock band The Strokes. The multi-million-dollar deal will see the publishing powerhouse acquire a stake in Casablancas’ share of music publishing on all Strokes compositions, as well as his share of master copyrights and master royalties. This exciting new deal includes some of Casablancas’ biggest hits as vocalist and songwriter of The Strokes including the critically acclaimed singles “Last Night” and “Reptilia,” as well as “Someday” – which Pitchfork included on their “Best 200 Songs of the 2000s” list – and the band’s Top 10 single “Hard to Explain.” Primary Wave has also acquired a stake in his music publishing for the band’s 2021 Grammy-winning album, The New Abnormal.

Terms of the deal will also give Casablancas access to the Primary Wave marketing and branding teams, as well as the publishing infrastructure which includes licensing and synch opportunities.

Of the deal, Primary Wave Music’s David Weitzman said, “Primary Wave is thrilled to partner with Julian Casablancas for his works in The Strokes. Julian’s extraordinary talents as a songwriter, singer, and leader infuse the magic that is The Strokes. The Strokes are one of the most important bands of this century and are beloved by a multi-generational audience who have made them a global festival headliner.”

Julian Casablancas is a musical icon best known as the lead singer of the seminal band The Strokes. The Grammy award winning singer ushered in a new wave of indie rock music and fashion with The Strokes’ 2001 multi-platinum debut album Is This It. The album has been dubbed as the greatest album of the decade by NME while The New Yorker said, “the Strokes seemed so emblematic of the NYC’s excesses and allure that loving them felt nearly patriotic.” Over the years, Julian has appeared on the cover of nearly all major music publications, including Rolling Stone, headlined almost every major global music festival, and has numerous legendary performances on TV shows such as Saturday Night Live. The last performance on SNL was November 2020. Casablancas has collaborated with artists such as Daft Punk and Pharrell, owns the independent label Cult Records, and also releases music with his band, The Voidz. Recently, Julian launched S.O.S. – Earth Is A Mess, a new video series in which he interviews the “shapers of tomorrow.” So far, he has spoken with Democracy Now! Host Amy Goodman, former presidential candidate Andrew Yang, and Pulitzer Prize-winning journalist Chris Hedges and Noam Chomsky, among others.