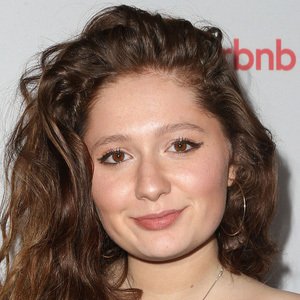 Shameless star Emma Kenney has been tapped to join the eight-episode reboot as a series regular. Kenney — who has played Debbie Gallagher on all eight seasons of Showtime’s Shameless — will take on the role of Harris, Darlene (Sara Gilbert) and David’s (Johnny Galecki) daughter.

Harris was first introduced in season nine, when Darlene delivered prematurely. In the revival, Harris is a recent transplant from Chicago to Lanford, Illinois, and not necessarily happy about it. She is determined to do better than her parents and grandparents. Her choices from clothes to friends should represent her drive to move up the socioeconomic ladder. She vacillates between typical teenage acting out to showing she actually has a big heart.

Kenney becomes the second new castmember to join ABC’s Roseanne revival. The series, which will debut midseason in 2018, will also introduce David and Darlene’s young son Mark (played by newcomer Ames McNamara) and named for the former’s brother (the late Glenn Quinn).

Original stars Roseanne Barr (Roseanne), John Goodman (Dan), Laurie Metcalf (Jackie), Gilbert, Michael Fishman (DJ), Lecy Goranson (Becky) and Sarah Chalke (who also played Becky but is returning for a new role) are confirmed to come back for the reboot. Galecki — a regular on CBS’ Big Bang Theory, which is produced by a different studio from Roseanne — is also poised to return though an official confirmation has yet to come in.

Tom Werner and Bruce Helford are returning to executive produce the revival, which was spearheaded by Gilbert, who also exec produces. They are joined by series newcomers Whitney Cummings and Jax Media’s Tony Hernandez. Barr, as she did during the 220-episode-plus initial run, will continue to write on the series and exec produce.

Kenney is repped by Innovative, Primary Wave and McKuin Frankel. The new season of Shameless returns Nov. 5 on Showtime. A premiere date for Roseanne has not yet been determined.