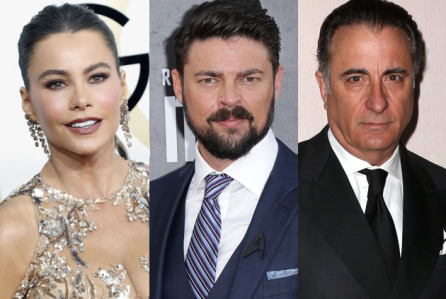 AMBI Media Group/ Deadly Codes Productions’ revenge thriller Bent has tapped Karl Urban, Sofia Vergara, and Andy Garcia as leads in the film, written and directed by Bobby Moresco. Based on characters created by Joseph O’Donnell, the pic is set to begin filming in Rome this month.

It’s follows Danny Gallagher (Urban), a shamed and discredited narcotics detective who, upon his release from prison, makes plans to seek revenge on the accuser who framed him and killed his partner. Through his quest, Gallagher is forced to confront a ruthless, seductive government agent (Vergara), who may or may not be on his side; and his mentor (Garcia), a retired cop who’s fought corruption his entire career.