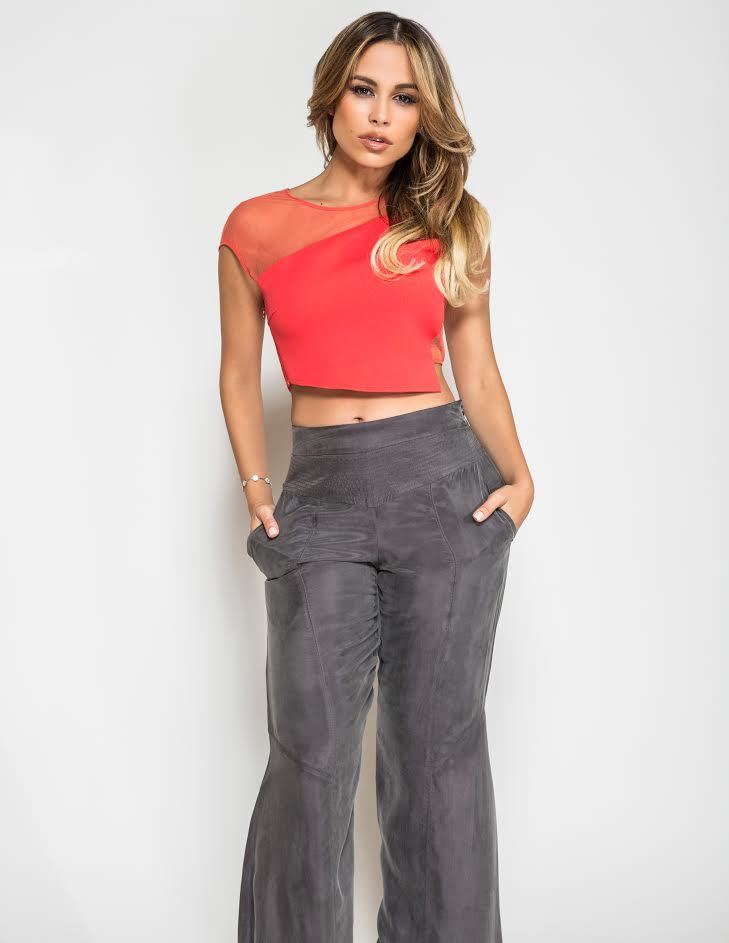 Destined for quite the bright future, the talented actress Zulay Henao took some time to talk about her new Netflix hit film, what it was like working with Kevin James, what she would love to do in the film, who she admires, and more! Check out what she had to say below and Read the full article on the Huffington Post

So, tell fans a little bit about “True Memoirs Of An International Assassin.” What is the film about, and what can they expect from your character?

It’s a comedy- an action comedy- and it’s a film about a writer, played by Kevin James, and he’s mistaken for an assassin after his publisher changes the titles of two of his memoirs. So, he gets kidnapped and taken to this South American country where he’s like a fish out of water and he has no idea what he’s doing- he’s absolutely terrified. And my character is very patriotic, I’m a D.E.A agent who has made this mission my life’s work, and I catch wind of him and attempt to rescue him, and the film follows me trying to get him out of trouble. So, we basically watch to see if he can turn into all those things that he writes his alter ego to be, which is essentially a hero. It’s a lot of fun. Andy Garcia plays a great character, and he’s wonderful in it. Fans will really love it. There’s a lot of action. Maurice Compte from Narcos is in it and he’s amazing- he really steals the show, he’s very funny. Rob Riggle is Hilarious in it also. And Kevin, who I’ve been a fan of for so many years, is funny- of course, but he also has a chance to be kind of serious, and I’m really excited for him.

Speaking of Kevin James, he has a reputation of being very nice. That must have made shooting easy! And Andy Garcia is just so talented. Want to touch on that?

You know, I knew Kevin had a good reputation, but he is one of the nicest people on earth. He is so down to earth. He is very kind. He is just a kind, beautiful person, and he really went to bat for me during the audition process, so I’m really grateful to him and his wife for wanting to be a part of the film and really make it happen for me- as well as Jeff Wadlow, the director. He’s just such an amazing person to work with, and for. He really knows what he wants, and he’s a great actor’s director. He lets you have the vision for the moment, and then really works with you to kind of combine both. And working with Andy Garcia was a dream for me, because of course, I’m Latin, and I’m also so honored to be in a film with someone of that caliber. He’s so talented and so sweet.

And speaking of the fact that you are of Latin descent, you are Colombian. Does the film take place in Colombia, and do you play a Colombian?

They did have an initial location for the film, but over time that got changed eventually they decided to not really focus on anything specific since it really is a comedy, so they made it take place in unspecified location in South America.

And you have also spent three years spent in the army yourself! That’s pretty impressive! Do you do your own stunts?

I was in the army! I did do parts of my own stunts, but I had an incredible stunt double because some of the stunts were obviously just far more sophisticated than some of the stunts I’ve done in the past. This was a really unique challenge for me, to be quite honest. It was probably the most physically demanding role I’ve taken on to date. I came into the movie a little later also, so I didn’t have all the time to train that I would have liked. But, I had an amazing stunt team. Steven Ritzi was our stunt captain- and he was great. He’s worked on so many films, and he was fantastic. They took it step by step with us. My stunt double Jenn A. Harris was just wonderful- a complete bad-ass. What you’re going to see in the film is part me, and part her and I’m really proud of it- we worked really hard, and I did want it to be me as much as possible.

You also have a film called “Destined” that was just released. What can you tell fans about that project?

I’ve been so pleasantly surprised about all the attention it’s been getting as it’s been winning all these awards. It’s a really interesting film about the choices we make in life, and how ultimately, we really do create our own destinies. The director, Qasim Basir, gave each character in the film a dual reality- and that’s so interesting. My character is a reporter fighting gentrification in one reality, and the other side of her reality is one that makes a very poor decision early on in life, so, the film really deals with how one decision can literally change your whole life. I find it so interesting and I really love the film. Cory Hardrict is the heart of the film- he does an amazing job at showing both realities in such a different light. I’m so excited for the director, Qasim, because this has been a passion project for him for years and the city of Detroit really supported him. The film is so beautifully shot, and all the actors are so great- Jesse Metcalfe, La La Anthony- everyone is so great and so passionate about it.

You have had a long list of talent that you’ve worked with already in your life- including Tyler Perry and Oprah Winfrey. Who else would you love to work with, and what roles are you looking to play?

Well, of course, who wouldn’t love to work with Meryl Streep? I’ve watched August: Osage County about ten times now, and that is exactly the kind of film I want to work on and cast I want to work with- that kind of beautiful ensemble project. I love that it features a tough, gritty real life family story- and those are the kind of stories I’m attracted to. I’m trying hard to open myself up to those kind of roles, because I feel like I’m ready- I’ve really been doing the work. I’ve changed and evolved so much as a woman that I’m really looking forward to working toward that goal. And also, I admire Meryl Streep as a woman and as an actress. I love the idea of camaraderie amongst women actresses, and I would love to work with women like her, or Reese Witherspoon, and women who believe in working with other women. But, of course, there are male actors that are brilliant and I would love to work with also. I love Paul Giamatti and Thomas Hayden Church. I love Sideways and always watch that movie. Those are the actors that have made me stop and think and reevaluate things and changed my perspective on work, relationships, life and even society, so I definitely admire them and hope to work with them.

And you also have season three of “If Loving You Is Wrong” going on. What can fans expect from that?

If Loving You Is Wrong is going through a roller-coaster ride of high emotions! There are so many storylines that are about to collide. Tyler [Perry] has turned the pressure up a bit more- so, hold on! For so long, my character used this idea of love to stay hurt, but now she is definitely turning a new page- she’s tougher, and she’s really starting to face life with a whole new attitude. So, fans will have to watch closely!

And like her on-screen persona on If Loving You Is Wrong, Henao is also tougher, facing life with a new attitude, and about to turn a brand new page of her career with True Memoirs Of An International Assassin! So, when the sizzling actress says to watch closely, truer words were never spoken!

True Memoirs Of An International Assassin is now streaming on Netflix.