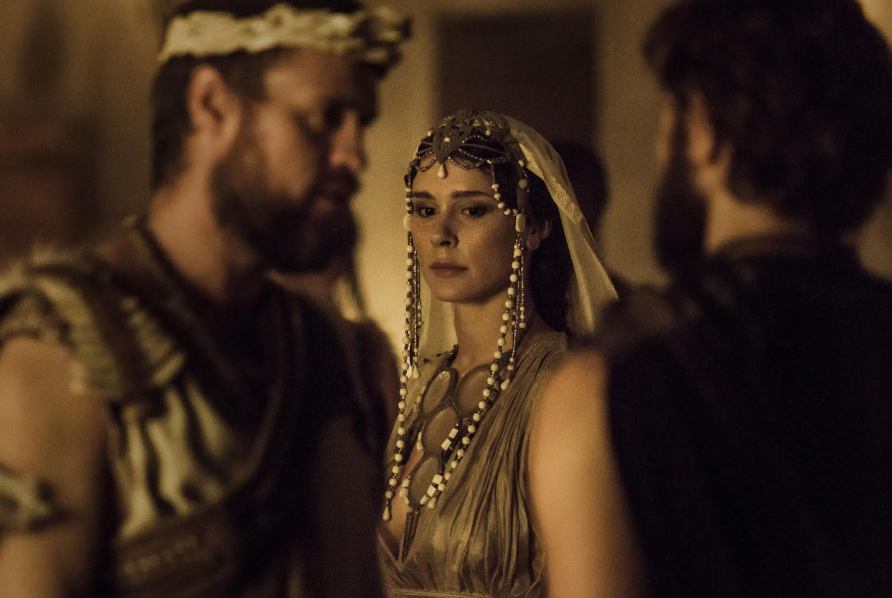 BBC One/Netflix co-production Troy: Fall Of A City has set its cast with Louis Hunter, Bella Dayne, David Threlfall, Frances O’Connor, Jonas Armstrong, Joseph Mawle, Tom Weston-Jones, David Gyasi, Johnny Harris and Chloe Pirrie among those strapping on sandals for the epic tale of mortals and gods. Produced by Wild Mercury in association with Kudos, Troy is written by The Night Manager‘s David Farr. The drama is filming on location in Cape Town and will premiere in the UK on BBC One and globally outside of the UK on Netflix which boarded earlier this month.

Described as “psychologically rich” and “visceral,” the eight-part retelling of the fall of Troy sweeps back to the judgement of Paris, his scandalous love affair with Helen and the ill-starred prophecy surrounding his birth. When the baby Paris is born, the omens foretell that he will bring about the downfall of the city. Queen Hecuba and King Priam are forced to choose whether to abandon their newborn son to the wolves or save him, but risk the safety of their kingdom. Their choice will decide not only the fate of their child, but the very existence of Troy. Told from the perspective of the Trojan royal family at the heart of the siege, the story’s main themes are love, intrigue, betrayal and belonging.

Hunter (The Fosters) and Dayne (Humans) will star as Paris and Helen, the lovers whose passionate affair plunges Greece and Troy into war. Threlfall (Shameless) is Paris’ father, King Priam of Troy, alongside Frances O’Connor (The Missing) as Hecuba, Queen of Troy, and Tom Weston-Jones (Dickensian) as their eldest son Hector.

Game Of Thrones‘ Mawle plays as Odysseus; Pirrie (War & Peace) is Andromache; Harris (This Is England 86-90) is Agamemnon; Gyasi (Interstellar) is Achilles; and Armstrong (Ripper Street) plays Menelaos, the King of Sparta whose marriage to Helen is destroyed when Paris arrives in his city.

Further casting includes Alfred Enoch (How To Get Away With Murder) as the Trojan general Aeneas, and Aimee-Ffion Edwards (Luther).

This is a re-team for Farr and BBC One after the award-winning Night Manager. He says, “The story we’re telling has an epic and political sweep but is also deeply human and intimate. I look forward to seeing these actors take you on the journey.” He is also exec producing.

Derek Wax (Humans) is executive producer for Wild Mercury with Christopher Aird (Call The Midwife) for the BBC.