All of us at Primary Wave were saddened to hear of Mac’s passing. Not only was Mac an incredible singer and songwriter, but he was our friend and we’ll miss him. Our thoughts and prayers go out to his family at this difficult time. 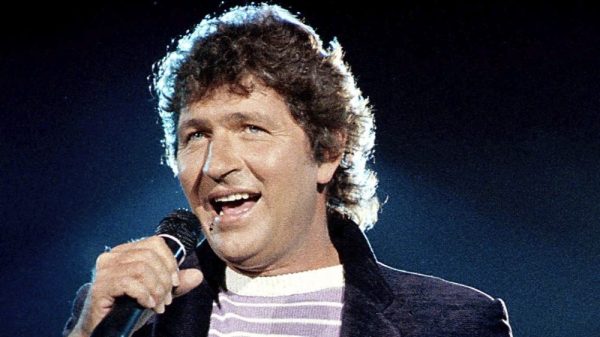 Mac Davis, the singer-songwriter who parlayed pop and country hits into a network TV variety show and acting career, has died. He was 78.

His manager of nearly four decades, Jim Morey, announced Davis’ death on Facebook Tuesday night. “He was a music legend but his most important work was that as a loving husband, father, grandfather and friend,” Morey wrote. “I will miss laughing about our many adventures on the road and his insightful sense of humor.” The Country Music Association later confirmed the news.

Country superstar Kenny Chesney offered his tribute to Davis, saying, “I met Mac as a young artist just starting out on my journey, when he was already a legend and a songwriting hero to me. He welcomed me into his home, and turned that tremendous creative light on me. Even though he’d written ‘In The Ghetto’ for Elvis and had so many incredible hits of his own, he made me feel like what I was doing mattered. A small town boy who’d achieved the greatest kinds of fame, he remained a good guy, a family man. That was Mac: a giant heart, quick to laugh and a bigger creative spirit. I was blessed to have it shine on me. And Mac, who was joyous, funny and created a family around him, never stopped writing great songs, creating music and inspiring everyone around him. He loved his wife Lisa and his kids, and all kinds of people. He kept in touch, always a kind word, a new joke or a piece of song he was working on, which made him a blessing to everyone who came into his life.”

Davis became known as the songwriter behind the Elvis Presley hits “In the Ghetto,” “A Little Less Conversation” and “Memories” before reaching No. 1 himself on the Billboard Hot 100 with “Baby, Don’t Get Hooked on Me” in 1971. He soon parlayed his pop success into a career based more in country music. Davis was named entertainer of the year at the Academy of Country Music Awards in 1974 and was nominated for that same title the same year by the Country Music Association.

Davis’ sex appeal and easy charm made him a favorite on the talk show circuit, and he was rewarded with his own NBC variety series, “The Mac Davis Show,” from 1974-76, followed by annual network Christmas specials that spanned well into the ’80s. He even had a brief span as a leading man in feature films, peaking right out of the gate as Nick Nolte’s fellow leading man in the 1979 football drama “North Dallas Forty.”

After that successful kickoff to his acting career, Davis was less successful as a solo romantic lead in 1981’s “Cheaper to Keep Her” and as a card shark opposite Jackie Gleason in the ill-fated “The Sting II,” which carried over none of the cast from the original film. After those two theatrical flops, Davis moved on mostly to appearing in TV movies and episodic shows, from “Webster” and “Lois & Clark” to a five-episode voice acting run on “King of the Hill” as Sheriff Buford and “Sports Jock.” HIs last screen role was as Reverend Riggs in 2019’s “Dolly Parton’s Heartstrings,” the show produced by Parton, his friend and fellow country star of many decades.

Davis has a star on the Hollywood Walk of Fame and is a member of the Nashville Songwriters Hall of Fame.

He was enlisted by the Country Music Association as co-host of the org’s annual awards show, with Barbara Mandrell, in the years 1980-82.

“Today our country community lost an amazing entertainer, songwriter and artist,” said Sarah Trahern, the CMA’s CEO. “I remember watching Mac’s TV show as a kid as well as his three years co-hosting the CMA Awards with Barbara Mandrell, which proved his command of the TV medium as well as the music. Personally, though, I am saddened to recall a wonderful day spent with Mac and his wife Lise Gerard at our CMA Songwriters Series show at the Library of Congress just a few years ago. He held command of the room backstage with lively stories and a genuine love of the craft of storytelling. When he performed “In the Ghetto” that night, fellow songwriter Pam Tillis pointed out that sadly the song is as pertinent today as it was when Mac wrote it in the late 1960s. His timeless artistry will be sorely missed.”

His roots as a songwriter were celebrated when the publishing rights organization BMI gave him its lifetime achievement honor, the Icon award, at its annual Nashville-based country awards show in 2015.

Davis played with Nancy Sinatra on stage and on record in the late 1960s, and it was her publishing company, Boots, that published the hits he wrote for Presley.

Ironically, although he would ultimately become best known as a country singer, he struck out in that format throughout the ’70s and didn’t have a real hit in the genre until he scored four top 10 hits in a row in 1980-81, with “It’s Hard to Be Humble,” “Let’s Keep It That Way,” “Texas in My Rearview Mirror” and “Hooked on Music,” his biggest country hit at No. 2. His sixth and last country top 10 hit, “I Never Made Love (Til I Made It With You),” arrived in 1985.

His last album, “Will Write Songs for Food,” came out in 1994 and featured a duet with Dolly Parton as well as recreations of past songwriting triumphs like “In the Ghetto.”

Davis had recently taped an episode of “Gilbert Gottfried’s Amazing Colossal Podcast” in which he discussed the breadth of his career in Hollywood and Nashville; it premiered last month.