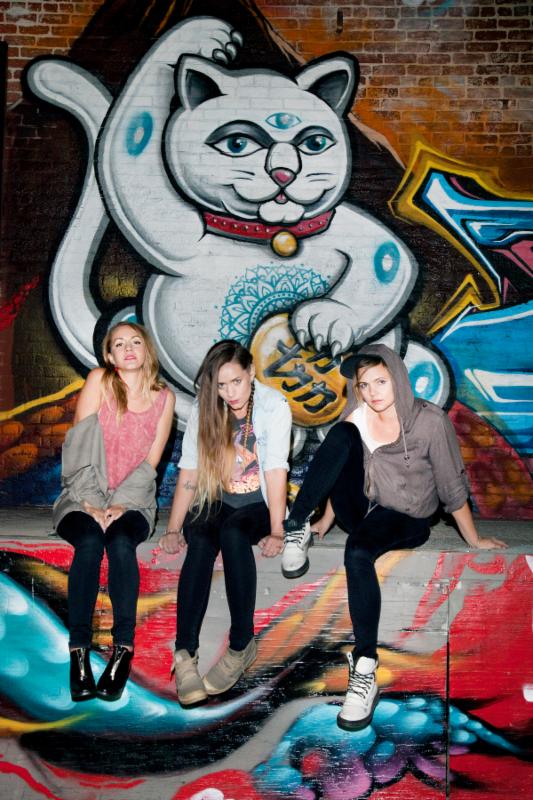 New York, NY – Swedish trio, Baskery, are gearing up for a busy 2017. The sisters (Greta Bondesson, Stella Bondesson, Sunniva Bondesson) have already announced a handful of tour dates which kick off on February 28 in New York and now they have released a slew of additional dates including stops in Austin for SxSW next month. The group have also confirmed a handful of summer festivals including BottleRock, Summer Nights, Utopia Fest and more. All confirmed dates are listed below with more festival dates to be added shortly.

Since forming in 2007, the band have been touring the U.S. non-stop both headlining and opening for the likes of Gary Clark, Jr., Brandi Carlile, Robbie Williams and more. Earning critical acclaim from press across the world, the ladies transformed casual audiences into believers including My Morning Jacket frontman, Jim James, who, after seeing the group’s set at Shaky Knees in 2016, invited them to join in his Prince tribute later on that evening.

Baskery took some time off the road last year to head into the studio with Grammy Award-winning producer, Andrew Dawson. Recording in Los Angeles, the band wanted to make an album that, as Greta put it, “keeps up with the live performance.” She goes on, “We wanted to amplify our vision and turn it into a 100% sensory experience, so it’s like the listener is there seeing us.” The band will be previewing material from the album, including their first two singles “Love in L.A.” and “Cruel Companion,” at all upcoming shows.

Subverting and spinning folk and Americana traditions through a whirlwind of grunge energy and jaw-dropping musicianship, Swedish sisters Greta (banjo, drums, vocals), Stella (double bass, vocals), and Sunniva (guitar, vocals) quietly and consistently turned heads around the world the old-fashioned way: by kicking ass on stage one show at a time. A feat of raw musical talent, Greta simultaneously plays banjita and drums, Stella pounds standup bass grooves and slaps rockabilly style, while Sunniva delivers riffs and rhythms on the guitar as they all sing, shout, and harmonize.