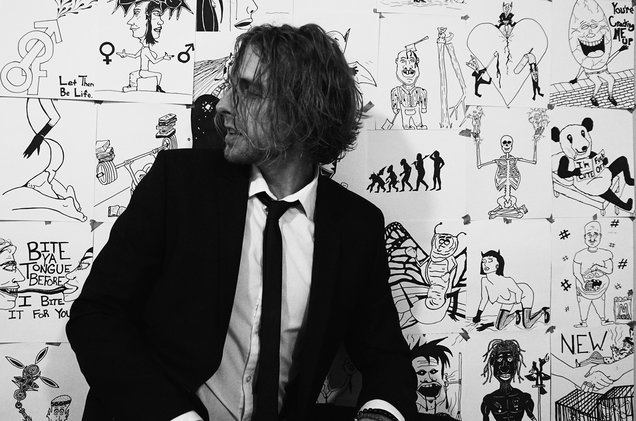 After growing up in the suburban Midwest town of Bloomington, Indiana, Bryce Fox has spent the last six years of his life in Los Angeles. Although it’s known as the City of Angels, Fox had a bit of a revelation about his new home while living in the center of Hollywood.

“I was walking around by myself one night,” Fox recalls to Billboard. “Inspired by my surroundings, the lyric ‘I got heaven on hold, for one hell of a time” just came to me. I thought ‘Damn, in a way this is the definition of life for many people.’ Sometimes what’s fun is deemed as sinister, and the addiction of those perversions makes you forget about morals, ethics and what truly matters in life.”

That lyric ended up in a song Fox titled “Heaven on Hold,” in turn inspiring the title for the entire 7-song EP, premiering on Billboard today (Oct. 19) ahead of its official Oct. 20 release. A project that’s been three years in the making, Heaven on Hold as a whole is a reflection of the artist’s time in L.A. so far — which marked his first move away from home ever — and covers everything from depression, delusion and sarcasm to rebellion and sexuality.

But while the Hollywood surroundings got him caught up in his feelings, Fox says that even with all of those themes, not every song on Heaven on Hold are meant to be so introspective.

“[The EP is] really just naturally where my head has been since moving,” Fox explains. “What I really wanted to accomplish was to create a body of work that had a deep meaning to me, that could also appeal to the listener on the general surface level.”

However fans interpret the songs’ meanings, melodically there’s something for everyone, whether it’s a vibey slow jam like “Lucy” or a thumping rocker like “Stomp Me Out.” Fox has crafted a collection that sets a dynamic precedent for what else is to come from the rising singer, and he credits all of the producers involved (Frequency, David Pramik, Frederik Thaae, Ryan Marrone and Dem Jointz) for making this project a reality. Heaven may be on hold, but Fox’s career has just begun.

Take a listen to Heaven on Hold