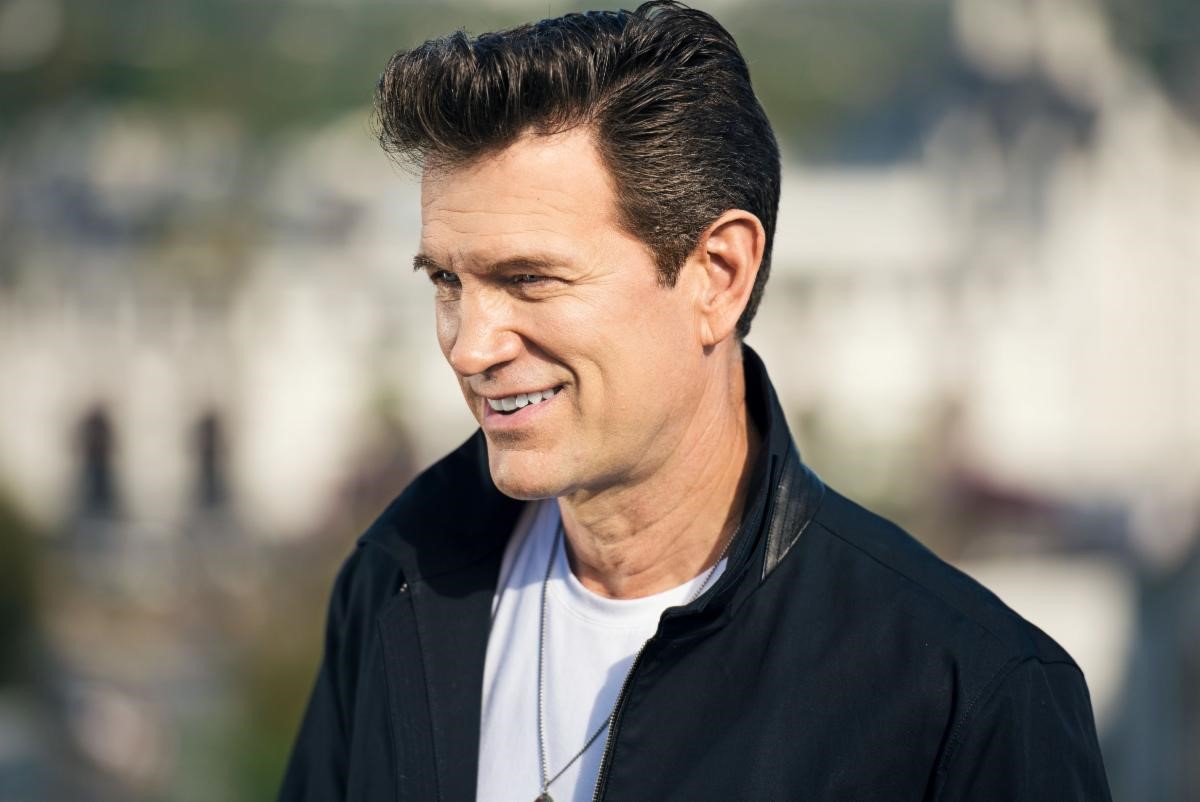 THE MUSIC GIANT ACQUIRES A 50% STAKE IN THE SINGER’S

Primary Wave Music announces today their partnership with critically acclaimed American musician, Chris Isaak. Terms of the deal will see the publishing giant acquire a 50% stake in the Grammy-nominated singer’s master recordings. The multi-million-dollar acquisition encompasses Isaak’s biggest hits across his decades long career including, “Blue Hotel,” “San Francisco Days,” “Baby Did a Bad, Bad Thing,” “Somebody’s Crying,” as well as his most well-known recording “Wicked Game.” Upon release, “Wicked Game” became a Top 10 hit in the U.S. and has since been featured in a number of films, television shows, and advertisements. The Herb Ritts’ directed video, featuring Helena Christensen, fueled the song’s popularity and won multiple MTV Video Music Award including Best Male Video. It was also included on VHI’s 100 Great Videos and Rolling Stone’s 100 Top Music Videos. In 2019, the single was introduced to a new audience after it was covered on the 17th season premiere of NBC’s The Voice. That performance helped land “Wicked Game” the top slot on Billboard’s Rock Digital Song Sales chart.

Additional terms of the deal include a strategic alliance with the singer that will allow him to sign new artists to a joint venture, as well as a recording contract with Sun Records which was recently acquired by Primary Wave Music. Moving forward, Chris will release new material on the legendary label. In 2011, Isaak released his 11th studio album titled Beyond the Sun. The album features a collection of songs originally recorded by Sun Records artists including Johnny Cash, Carl Perkins, and Jerry Lee Lewis. Upon its release, the album shot to the Top 10 on Billboard’s Rock album charts. Recorded in the legendary Sun Studios, Beyond the Sun was Chris’s tribute to the glory days of the legendary Memphis label so it was only fitting he become a Sun Records recording artist.

“Life has a unique way of coming full circle. I spent hours of my youth looking at secondhand singles at thrift shops, and while those old records might have been several generations before me, the impression they’ve made on me has lasted a lifetime. The most captivating of all the singles were always the ones with that coveted Sun logo. The label was, and still is, home to the voices of my heroes and icons. To now be officially part of the label and have the Sun logo on my music is humbling and gratifying in ways I cannot quite convey,” said Chris Isaak. “Further to that, I feel it’s important that we look to the future and go about creating the next generation of legends. I’m thrilled to take on that task with Sun to both discover and curate new music.”

“Our team couldn’t be happier to welcome Chris to the Primary Wave and Sun Records family,” says Larry Mestel, CEO & Founder of Primary Wave Music. He continues, “Chris is a true iconic talent, and I was drawn to his almost encyclopedic knowledge of the Sun catalog and its rich history. We look forward to working with Chris and his amazing manager Sheryl Louis.”

In the course of Chris Isaak’s career, he has released nine extraordinary albums, twelve singles, been nominated for two Grammy awards, acted in several motion pictures and starred in his own critically acclaimed TV series. His legendary shows with his longtime band Silvertone have entertained tens of thousands of people for over two decades. Even his hair has its own fan club. And yet, this highly praised herald platinum-selling artist has never released a greatest hits album. Hard to believe, no? Well, unlike some artists who roll out a greatest hits package after, say, their second album, Isaak waited until he actually had enough hits to legitimately describe the collection as such. “Shouldn’t a greatest hits collection after two records be called ‘Greatest Hit’?” Isaak asks. “I guess I’ve just always been too busy making records. Plus, it takes a while before you really want to compile everything. But after going through all the songs to make the Best Of, I feel like we have good stuff.” Good stuff. That’s typical Isaak self-deprecation- it’s much more than good stuff. Best Of Chris Isaak-the CD and accompanying DVD, which features 18 video clips by such esteemed directors as Gus Van Sant, Bruce Weber, Herb Ritts, Mary Lambert and Jean-Baptiste Mondino-take listeners on a gratifying musical journey through the Stockton, Calif., native’s two-decade career, showcasing his stellar songwriting; smooth, dusky baritone (and tender falsetto that will alert your dog); and effortless brand of stylish retro-cool. The album displays Isaak’s many different musical personas: the rockabilly rebel (“Dancin’,” “Baby Did A Bad, Bad Thing,” “Speak Of The Devil”), the brokenhearted crooner (“Wicked Game,” “Somebody’s Crying”), and the breezy acoustic storyteller (“San Francisco Days,” “Two Hearts”). It includes two brand new songs, the elegant “King Without A Castle” and the break-up exhortation “Let’s Have A Party,” as well as two covers: Cheap Trick’s power-pop anthem “I Want You To Want Me,” a live favorite previously unavailable on any of his CDs (“It’s kind of fun to do something a little different for me,” Isaak says), an inspired version of his hero Roy Orbison’s classic lovelorn ballad “Only The Lonely,” and a stirring never before heard acoustic version of “Forever Blue.” “What a sweet guy Roy was,” Isaak says. “We opened for him one time and after the show I said to him, ‘I don’t know if I write hits or not,’ and he said, ‘You write hits, you just don’t know it.’ It was exactly what I needed to hear at the time to keep me going for another year.” That was before noted director David Lynch used “Wicked Game,” a spare, moody ballad from Isaak’s third album, Heart-Shaped World, in the film Wild At Heart. The song went Top Ten in 1991, and the video, a steamy Herb Ritts-directed clip featuring the singer rolling around on the beach with a topless Helena Christensen, made Isaak a star. “‘Wicked Game’ really put us out there,” he says. “We were on the road at the time and got to ditch our van and get into a bus. For the first time in years, we got some sleep!” Another significant hit included on Best Of is the south-of-the-border-flavored ballad “Somebody’s Crying” from 1995’s Forever Blue (both the single and album were nominated for Grammy awards in 1996). “I wrote that song in a closet,” Isaak says. “I had just broken up with someone and hadn’t been out of the house much. A friend of mine was having a party and as soon as I arrived, I realized I didn’t want to be there. The house had this big walk-in closet in the hallway, so I went in, shut the door, and sat down underneath the coats. There was a guitar leaning against the wall in the back. I started tuning it up and wrote ‘Somebody’s Crying.’” Then there’s the swaggering, bluesy rocker “Baby Did A Bad, Bad Thing” (also from Forever Blue), which can be heard in Stanley Kubrick’s 1999 film Eyes Wide Shut starring Tom Cruise and Nicole Kidman. The director asked Kidman what music she wanted to rehearse the movie’s striptease scene to. “Nicole had been listening to the track and brought it in to run through for her rehearsal,” Isaak recalls. “Stanley said, ‘I love it,’ and put it in the film. I owe Nicole Kidman a full body massage.” So, what were Isaak’s criteria for a song’s inclusion on the album? “I wanted it to be a record that people want to listen to over and over,” Isaak says. “I tried to pick songs that people request most when we play live, and then make sure it was balanced between slow and fast tunes.” While reviewing tracks, some going back to the mid-’80s, Isaak says what struck him most was how lucky he has been to have the people he works with around him, such as producer Erik Jacobsen (“who taught me everything I know about making records, but not everything he knows”), longtime engineer Mark Needham, and his Silvertone bandmates, drummer Kenney Dale Johnson, bassist Rowland Salley, and guitarist Hershel Yatovitz, who have been with Isaak for years. “People see my picture on the album covers and think, ‘Chris goes into a room and he makes an album.’ But I go into a room and make it with these guys, who’ve been supportive, and have good ideas and good energy.” And to what does he attribute the longevity of his career? “You know, I’ve never tried to jump on a trend, and I’ve never had to jump off of one,” he says. “I try to do what feels right for each song. So, I never have to go, ‘Well, no more disco for me.'”