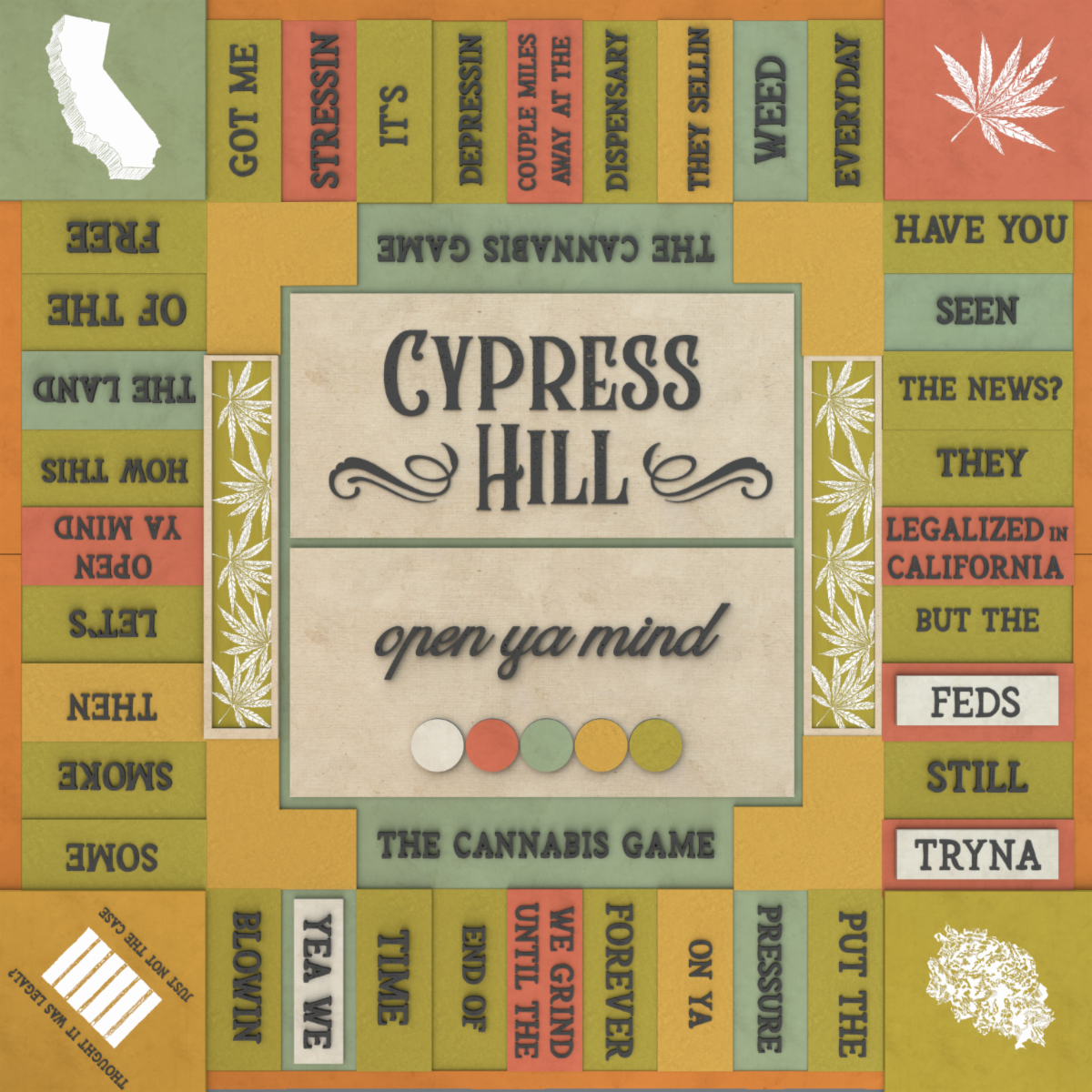 Available Now On All Streaming Platforms

“Open Ya Mind” is the Second Single off the Band’s 10th Studio Album,

“As we celebrate the 30th anniversary of our debut, we wanted to be sure fans knew

we weren’t planning on slowing down and can’t wait for them to hear the new album,

coming early next year. ‘Open Ya Mind’ gives you a taste of what’s to come and we can’t wait to return to see you on the road in 2022!”

Hip-Hop pioneers Cypress Hill have already had a busy 2021, but they couldn’t let the year end without giving their fans a bit more. The multi-platinum group released a brand, new single – “Open Ya Mind” – which is the second song off their upcoming 10th studio album to be released in early 2022 via MNRK! The Black Milk produced track is available on all streaming platforms TODAY and details the corporate ramifications and government ambiguity of legalizing cannabis in the States. “Open Ya Mind” follows the spring release of the first single – “Champion Sound” – off the upcoming album. Released in March, “Champion Sound” was a surprise drop after it appeared on the soundtrack for the R.B.I. Baseball 21. The song was also the featured track for their partnership with Montego Cerveza. What fans didn’t know was they were ALSO getting a taste of a new studio album.

Both singles are the band’s first bit of new music since 2018’s Elephants on Acid and comes at an already busy time for Cypress Hill. The band recently wrapped a co-headline tour with Atmosphere and celebrated the 30th anniversary of their groundbreaking self-titled debut album with a sold-out show at the Greek Theatre in LA and an expanded anniversary edition reissue of their critically acclaimed debut. They partnered with Z2 Comics for their very own original graphic novel, Cypress Hill: Tres Equis! which is out now and launched their own STANCE sock. In addition, the band has already begun filming their Hits From The Bong documentary as part of Mass Appeal’s “Hip Hop 50” franchise in partnership with Showtime that will premiere in 2022!

Cypress Hill have a few more tour dates coming this year and have plans for both a U.S. and international tour in 2022. This is just the start of more news to come from Cypress Hill. Stay tuned…..