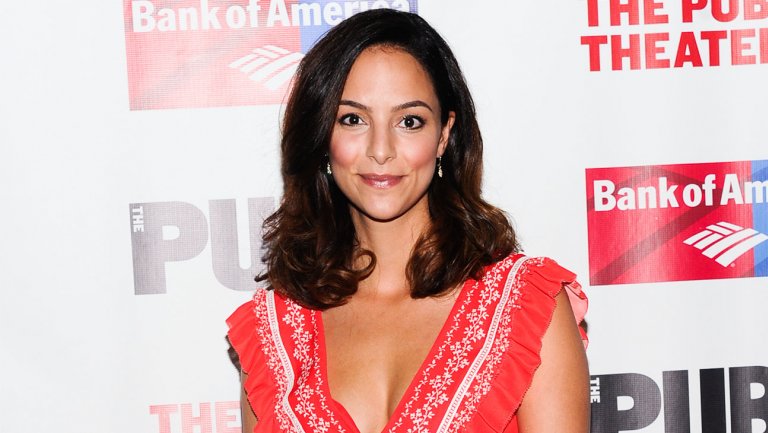 When the CW announced that “DC’s Legends of Tomorrow” would be adding the first Muslim character to the cast, there was a question about how much her religion and her identity would factor into the show. There was also the question about whether she’d go by her DC alter-ego “Isis.”

The executive producers spoke with reporters at the Television Critics Association summer press tour on Wednesday about their new character, named Zari Adrianna, who is a Muslim hacker from the future, played by Tala Ashe.

The idea of adding a new character to the residents on the Waverider — the ship which the Legends use to travel through time — isn’t new. There are constantly characters coming and going from the main cast. But that was built into the DNA of the show from the beginning.

“For us, we want to change the dynamic on the ship because it’s a family story and I’m sure your guys’ families fall into patterns and it makes it interesting to invite somebody in that has a totally different perspective,”  said executive producer Phil Klemmer.

So when the writers room decided to create a new character they had two ideas. First, they wanted a woman since, according to executive producer Marc Guggenheim, the original cast didn’t have “quite enough women.” Second, because of the election and the personal experiences of some of the crew, they wanted them to be Muslim.

“Not to get political, but something we all gravitated towards in the writers room was the idea of the character being Muslim and that was very important to us,” Guggenheim explained, “Not to make a political statement and not to make it a thing.”

“Having the character who besides being a computer hacker, being a superhero and being from the future who also happens to be Muslim… it’s a nice, important aspect of her character,” Klemmer continued.

Other characters in the Arrowverse have traits such as a particular religion, ethnicity or sexual orientation that is simply an aspect of their character and not their defining characteristic. Professor Stein (Victor Garber) on “Legends” is Jewish and Sara Lance (Caity Lotz) is bisexual.

The Legends meet Zari in 2042 in a dystopian, police state where she’s taken activism into her own hands. She’s a hacker who encounters the Legends, who have been traveling through time to “fix” history. However, she’s there to challenge their goal and to set the group on a different path.

“She’s living in a time that’s so bleak and so terrible that she challenges them to think, ‘is there a way to be Legends and to be humanitarians about it,’” Ashe said. “I think there’s going to be some tension there.”

In her comic book roots, Zari’s alter-ego was Isis, after the Egyptian goddess. However, because of current events, it was decided that she won’t be taking the moniker.

“We just didn’t want the baggage,” executive producer Marc Guggenheim said. “Especially given that we are doing a Muslim superhero, it was just like opening a can of worms.”