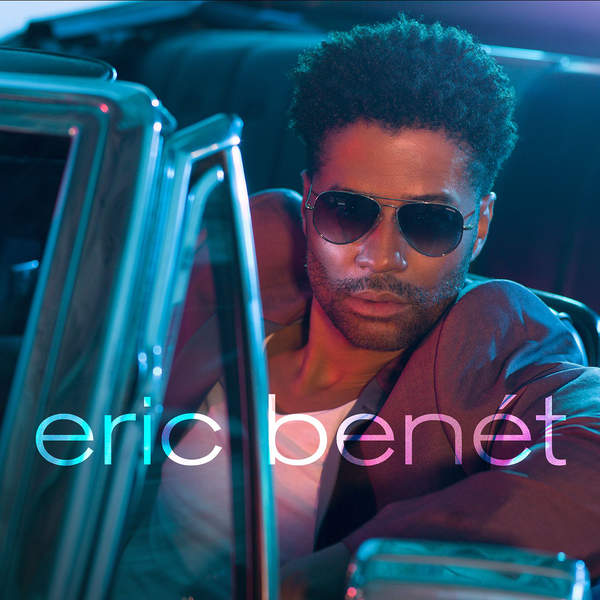 On Tour With Anthony Hamilton and Lalah Hathaway This Month

Four-time Grammy-nominated R&B singer, Eric Benét released his self-titled, eighth studio album in North America today, a week before his 50th birthday. The 13-track album was recorded and produced in Los Angeles and includes a remix of the first single, “Sunshine.” The remix sees Eric reuniting with R&B sensation Tamia who was also featured on Eric’s #1 hit, “Spend My Life With You.” One of R&B’s premiere online platforms, You Know I Got Soul, describes the album as “a diverse collection of musical styles delivered with the confidence of a music vet. Benét is confident enough in his abilities to create an album on his terms – mature, soulful and true to his core sound.”

“I really wanted this album to be pure R&B, without any attempt to be anything other than completely authentic and creative,” said Benét. “For the first time in my career, I feel like it sums me up so well creatively, and I did it on my own terms and in my own time. So it seemed very appropriate to self-title the album. It confirms that I’m really about live instrumentation, many different influences, issues that are real and personal to me, and lyrics that are vulnerable and honest. I think my fans have come to expect that from me, and that’s definitely what this album is bringing.”

The singer will be performing songs off eric benét on his current tour with Anthony Hamilton
and Lalah Hathaway. The “What I’m Feelin'” tour kicked off on October 6 in Durham and will take them across the east coast hitting D.C., Baltimore, Detroit, Nashville, New Orleans and more, before wrapping in Richmond on October 30. All tour dates are listed below and tickets are now available via ticketmaster.com.