Over the last year, Primary Wave Music formed a Racial Equality Task Force team who have overseen a number of initiatives and helped raise a significant amount of money for a number of charities.

On June 29, the Task Force launched one of their biggest initiatives, a video series called “Industry Hour.” Hosted by Primary Wave’s Lorena Garcia, the 5-part content series focuses on changemakers fighting for racial equality and justice. This series does a deep dive into the injustices and necessary changes within our music industry, the justice system and the workplace.

The premiere episode featured social activist and Lava Record’s founder Jason Flom speaking with Jimmy Dennis, a Philadelphia native who served 25 years in prison for a crime he did not commit. The pair unite for a discussion on criminal reform today. You can watch that episode now HERE.

The second episode in the series aired on July 13 and features Naz Fatemian, Director of Marketing & Partnerships at The Music Forward Foundation. Naz leads a conversation with special guests John Aqua and Mariam Boyadijian who share how Music Forward played an important role in developing their careers in music. You can watch that episode now HERE.

The third episode of Industry Hour premieres today and features Last Prisoner’s Project Mary Bailey and Michael Thompson. Michael is a prison reform activist who served 25 years in prison for possession of cannabis. Their conversation will dive into cannabis criminal justice reform.

The remaining episodes will air on August 10 with Noelle Scaggs and Jonathan Azu from the Coalition of Festivals and August 24 with members of the the Black Music Action Coalition. All episodes will air and live on Primary Wave’s YouTube channel. The full schedule is below.

We hope you’ll join the conversation and we’d love to hear your thoughts on the series! 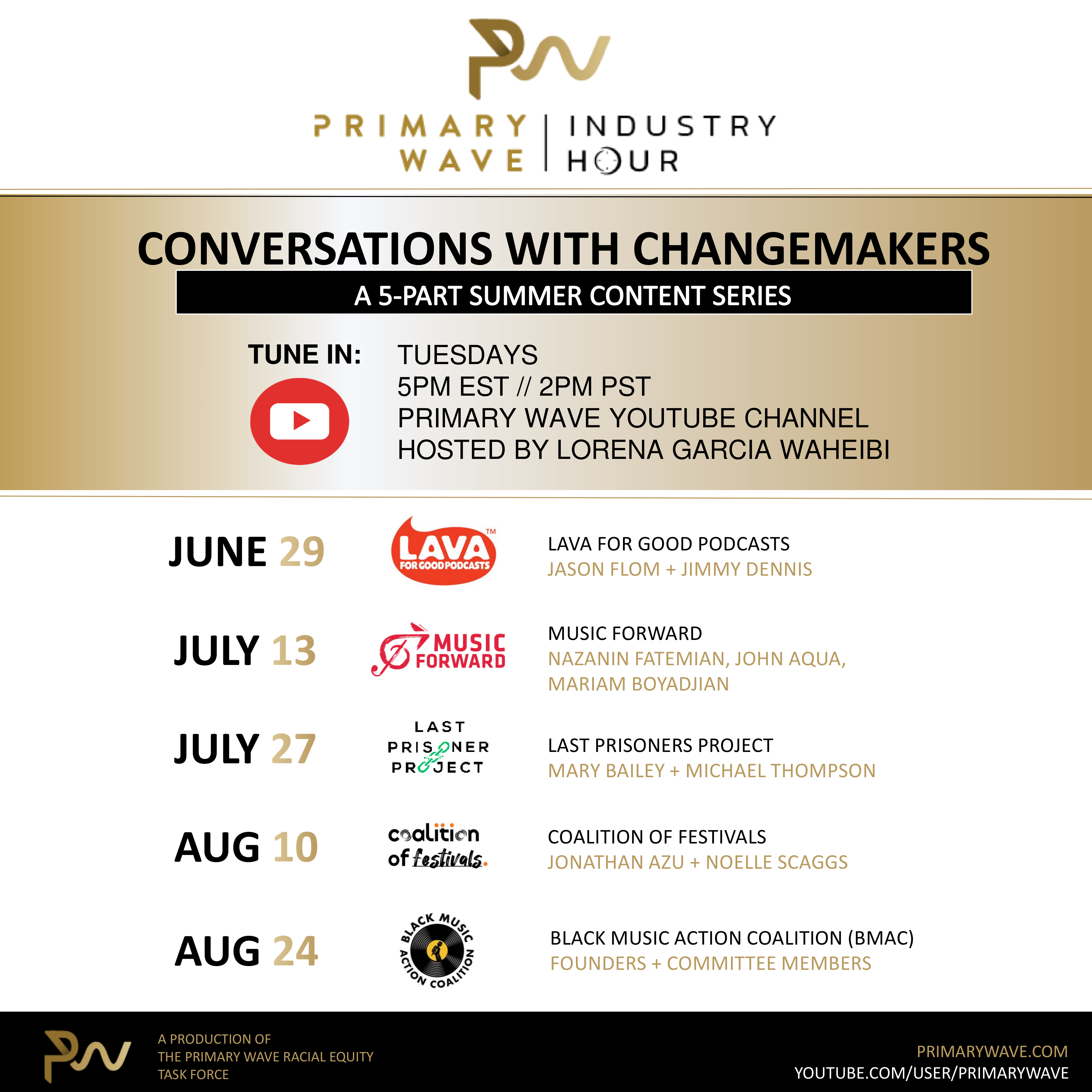