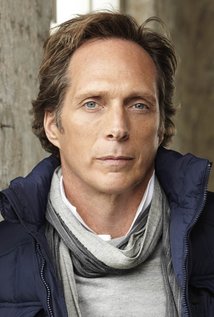 Dutch actress Sylvia Hoeks and William Fichtner have joined Milo Gibson and Gbenga Akinnagbe in the action-thriller “All the Devil’s Men” for GFM Films and producer Hannah Leader.

“All the Devil’s Men” is in pre-production with GFM handling sales at the Berlin Film Festival and assisting with production financing together with Ben White’s U.K.-based White & Co.

Gibson, who starred in his father Mel Gibson’s “Hacksaw Ridge,” will play a battle-scarred War on Terror bounty hunter who’s forced to go to London on a manhunt for a disavowed CIA operative, with Fichtner and Akinnagbe as the other members of his team. They find themselves locked in deadly urban tactical combat with their former military comrade and his private army, who are protecting the operative. Hoeks will play the determined CIA handler in command of the mission.

Matthew Hope (“The Veteran”) is directing from his own script. Producers are Leader (“Before The Devil Knows You’re Dead,” “Gosford Park”) and Amory Leader. Elizabeth Fowler (“Devil’s Knot”) and Ben Press are exec producing.

Gibson will also appear in “The Tribes of Palos Verdes,” starring Jennifer Garner. Hoeks will be seen next in “Blade Runner 2049,” opposite Ryan Gosling and Harrison Ford. Fichtner starred in “Independence Day: Resurgence.”

“‘Devil’s’ will have more of a real world approach than we’re used to seeing in modern action-thrillers; akin to films like ‘Collateral’ and ‘The French Connection,’” Hope said. “It will be a hard procedural about how clandestine warfare is waged in western cities in the name of the War on Terror. The film will have the slickness of a Hollywood film, but played out in the back streets of London.”